In 1988, I was mostly done with G.I. Joe. I was in eighth grade, heading to high school and buying Joe figures wasn't something I could really justify any more. My younger brother followed suit. He had never really been as into the toys as I was. So, when I stopped collecting, so did he. My youngest brother, though, kept on. Throughout 1988, he acquired a few new figures. I would always check them out and, from time to time, break out my vintage toys that were stashed in the closet and integrate these new figures into some quick adventure. This gave me a familiarity with some of the figures as their characters would appear in the comic. (Which I was still buying.) Many of the figures were cool and I always had designs on what I would have done with the figure had I owned it just a few years earlier. Still, though, a few of these 1988 figures ended up getting enough adventures behind them that they became part of my Joe world. One such figure was Repeater.
Repeater was greatly appreciated in my collection as Rock and Roll had long since been broken and lost. I never cared for the 1986 Roadblock and the 1984 version's .50 cal had snapped many years prior. I did have the 1988 Tiger Force Roadblock in my possession. But, after breaking the 1984 so quickly, I was loathe to use my new version and was overly cautious with the 1988 release. So, Repeater brought a full bore machine gunner with proper weaponry into the fold. He quickly became the go to machine gunner for most missions and could be found on the door gun of the Tomahawk, manning the turret of the Desert Fox or just part of a patrol on the ground. His machine gun was small enough that it wasn't cumbersome, but still menacing enough that it could strike fear into approaching Cobras.
As with many figures my youngest brother owned, though, Repeater's weapons were soon broken. His stabilizer was snapped in two and his gun was lost. The figure, though, was still too good to leave in the scrap heap. With his backpack and an accessory pack M-60 from Rock and Roll, Repeater was able to live on. When I first returned to collecting, I acquired an actual Rock and Roll M-60 to replace the accessory pack version and only displayed Repeater with this weapon for many years. I still have a spare Repeater figure, outfitted with the M-60 even though I have a complete version as well.
Repeater's solid color scheme made him very useful. The combination of tan and green allowed him to be used with desert themed figures and vehicles as well as traditional, military green figures. He had a nice flexibility which made the figure more useful and allowed him to remain active in my collection even as other 1988 figures were discarded. Repeater became my go to machine gunner for a while. In the early 1990's, he was one of the few figures that I had available and found himself often holding off Cobra with only a skeleton crew of hodge-podge Joes.
As a mold, Repeater is fantastic. Starting from the head, Repeater's hat is intricately detailed and nicely scaled. His face has hardened cheekbones that show the grizzled experience of the character. Repeater's vest is just a sculpting masterpiece with the small texturing, detailed pockets and buttons. His arms have the rolled up sleeves of someone who gets things done while also having the half glove that protects only his left hand while firing his weapon. The figure's waist is covered in grenades and additional ammo pouches. But, it also features a slot into which the machine gun's stabilizer fits. This allows Repeater to better distribute the weight of his weapon. The legs are fairly straightforward with a few pockets. Of course, this panoply of detail is all lost due to one simple issue: the lack of painted details. Repeater's vest and waist are just solid green. His had is solid tan, with unpainted adornments. The figure's overall color scheme is very good. But, the lack of details really holds the mold back. A few splashes of black or silver here and there might have created one of the best figures in the line. But, the minimal paint applications obscure the remarkable detail on the mold.
The Repeater mold saw some solid use. Hasbro used the mold for this figure and the Night Force Repeater in 1989. From there, the mold was sent to Brazil. Estrela released Repeater in a color scheme very similar to the American version named Retaguarda. A few years later, the figure was colored bright green, given an evil mustache and released as a Cobra character named Urzor. After that, the mold disappeared. Collectors would have loved to have seen Repeater return in some capacity as the mold has such great potential. Many of the figures released contemporarily with Retaguarda in Brazil later showed up in India or in the U.S. during the repaint era. So, it's likely that Hasbro had the mold but didn't use. That's too bad as collectors would have enjoyed the character's return.
Repeater's are not overly expensive. Mint and complete, they tend to run in the $9.00 to $10.00 range. For a figure of this quality, that's a fair price and in line with the figure's popularity. I've found Repeater to be an invaluable member of my Joe team and have seen him take on greater roles than even figures I had in my full childhood collection. That's a testament to the figure's quality, excellent specialty and just overall excellence. To this day, I find Repeater to be a vital part of my collection. He doesn't have the characterization of some of the earlier Joes, but his solid sculpt, specialty and colors keep him around. He's not one of the most important figures I own, but he is in the second tier who fills out displays once the most preferred figures are gone. 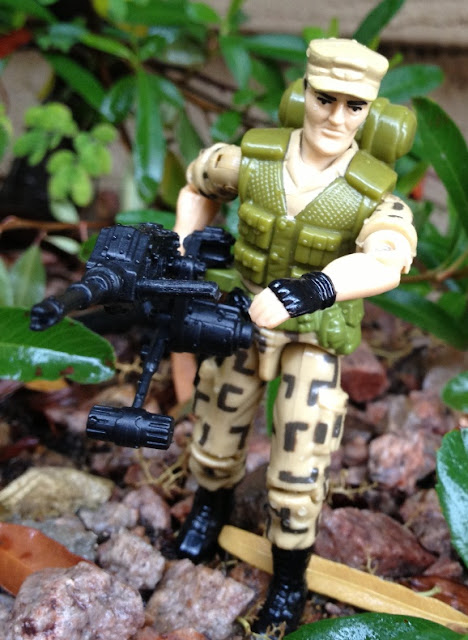 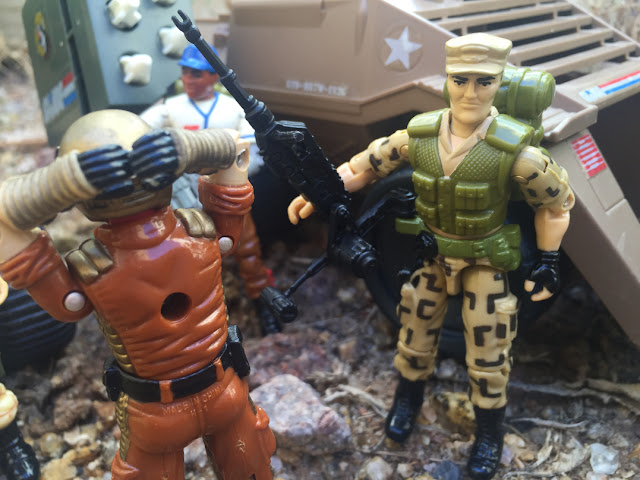 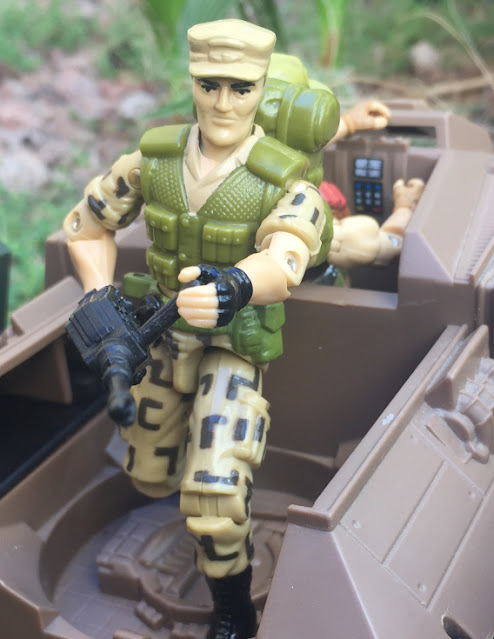 Posted by Robot_Sonic at 10:04 PM
Email ThisBlogThis!Share to TwitterShare to FacebookShare to Pinterest
Labels: 1988, Repeater