Except for the final two years of the vintage Joe line, repaints of whole figures were rather uncommon. It started with a straggler figure here or there like Grand Slam, Grunt or Clutch. In time, the repaints became ways to recycle some older molds in a genred way with Tiger Force and Python Patrol. As the 1990's began, though, repaints became more and more common. Hasbro was trying to find ways to both increase interest in the Joe line while cutting costs. Finding older molds that could be reused in new ways was a great way to do both.

I first acquired this figure in one of the many lots of figures I was buying in the late 1990's. While Falcon had been one of my more popular figures during the final year of my youth, I was not aware of this version. When I found the figure in the lot, I was amazed at the colors and quality. At its core, this was the figure that the Night Force Falcon wanted to be. The light grey base with the black cammo and green beret and accents made the figure stand out, even as just a repaint of an older mold. This new Falcon quickly became my default version of the figure and appears in many of my earliest photos since the figure was fairly unknown at the time and was a great way to showcase an obscure version of a classic character.

I first got a Falcon figure in December of 1986 when my local Toys R Us got a small allotment of 1987 figures early. Falcon immediately caught my eye for two reasons: the figure was just an awesome blend of mold, color and accessories and the name Falcon. I had already created a custom character named Falcon in my collection. So, having a canonical character with that name was problematic. So, I killed off my character and had this Falcon appear and take the name as a homage to the deceased. The new Falcon quickly became a staple of my collection. My Flint figures had slowly deteriorated through overuse. So, Falcon was both a solid replacement, but also a figure that could stand on his own.

Through 1987, Falcon was one of the most popular figures I owned. Despite his late arrival in my collection, my figure showcased great playwear due to his use. Falcon was a solid leader and soldier for the Joes. He was, though, younger than guys like Flint and that left him feeling like an outsider. As such, Falcon always strived for attention from the Joe commanders. He wasn't incompetent, but he did take missions that would get him notice from Hawk, Flagg and others.

At its core, this figure is pretty basic. He has a grey base with black and green paint applications. That's it. There is no textured motif that seemlessly blends 6 or 7 colors together. It is, really, a basic figure. But, this Falcon is a perfect example of how less can be more in the right circumstance. The combintation of grey and green offset by the black details just works perfectly. Grey wasn't a color that was often used on vintage Joes, so its appearance is always a visual treat. The digital cammo pattern that criss-crosses the figure gives the appearance of greater color than actually exists on the figure.

It is the Falcon mold, though, that is the highlight of the figure. Sculpted at the height of the Joe line, Falcon is almost a work of art. The beret features not only an insignia, but also realistic folds that make the fit appear much more natural that those from Stalker, Flint or Dial Tone. Falcon's face shows the youth that is alluded to in his bio, but also the toughness that shows he is a capable commander. Around his nick is a knotted, textured scarf. It is as close the cart art as could be achieved in a toy of the time. The rest of the figure's torso is adorned with a radio receiver (to complement the radio & antenna in the original figure's backpack), bandoliers that hold a sculpted knife and pockets, shirt buttons and additional pockets that were sculpted beneath the bandolier strap. The result is a layered figure that is not too bulky. Falcon's arms feature rolled up sleeves that are held in place by buttons and straps. It's a small detail, but shows the level of care that was put into the mold. Falcon's waist has a mesh belt and blends seamlessly with his torso. The figure's legs feature additional pockets, but also have a hard to see flashlight that is strapped to his right leg. The complete package is a figure that looks about as military as you can be and is also colored in line with the sculpt.

Falcon's accessories are both great and terrible. The sonic backpack was designed to be a helicopter. But, the awful color and general laziness of the mold make it pretty much a useless piece of gear. Falcon's guns, though, are excellent. The figure included 2 rifles: a large, long barreled rifle and a second weapon that has a stock that can wrap around the figure's arm. Both weapons are unique to this Falcon figure and both work well with the mold. This figure can work with an extra backpack from the version 1 figure. But, a spare backpack from a Night Force Falcon figure is a perfect match for this 1991 version. (I was fortunate to have two complete sets of Night Force Falcon gear. I have no Night Force Falcon figures, but had a set left over from my brother's figure from my childhood and second set I found at a comic book store along with Night Force Tunnel Rat's gear, the Night Force Shockwave figure, Starduster's gun and visor, Keel Haul's pistol and 2 Sneek Peek microphones. I got it all for basically nothing and it remains the best accessory cache I've ever run across.)

The Falcon mold got good use in the vintage line. It was used in 1987, as part of Night Force in 1988, for this figure in 1991 and as the legs for Leatherneck in 1993. (As an aside, there is a European exclusive version of this Falcon that has a 1993 date stamp on the leg. That's the only difference, but it is out there.) In 1994, the head showed up on the bizarre, but excellent Chinese Exclusive Flint figure. In 2003, Master Collector found the body and head mold and released a Tiger Force inspired figure in their convention set. After that, though, neither the mold nor the character reappeared. The three vintage figures are all excellent in their own ways. Even the convention figure has it's merits. But, the Falcon mold still had a lot of life that could have been exploited in many of the retail offerings from Hasbro from 1997 through 2006. A desert themed figure would have been a perfect member of the Desert Strike set. A broader Urban cammo would have been a welcome addition as well. But, despite these oversights, collectors still have 3 great and 1 solid release of the character and mold to use to fill their Falcon needs.

The Super Sonic Fighters were not produced in the same quantities as the other figures from 1991. (Which is saying something since most of the 1991 figures were discontinued after just one year at retail.) As such, finding a mint and complete version of this figure can take some time. Collectors have started to realize this and mint, complete with filecard versions of this figure tend to sell in the $15 - $20 range. But, for a hard to find version of a popular character, that's not a terrible price. Original Falcons sell in the same price range and the Night Force version is even more expensive. So, if you can find one, this may be the cheapest option for a vintage Falcon figure. I've found this to be my favorite version of the character, even outshining the original that played such a vital part of my childhood collection. It's a figure I think is worth the price and is a great way to appreciate a nearly perfect mold all over again. 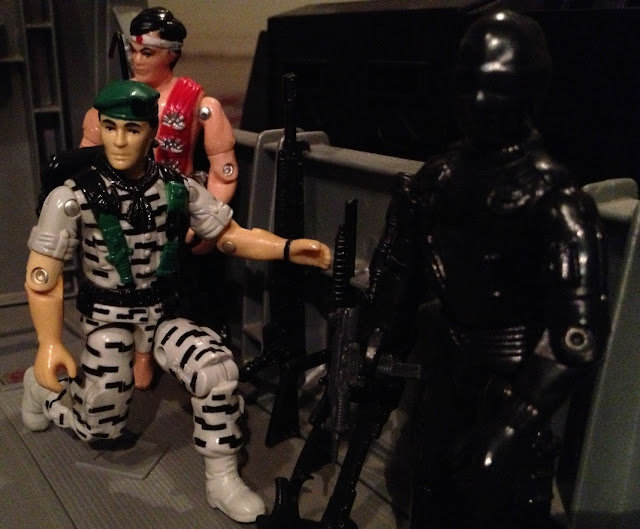 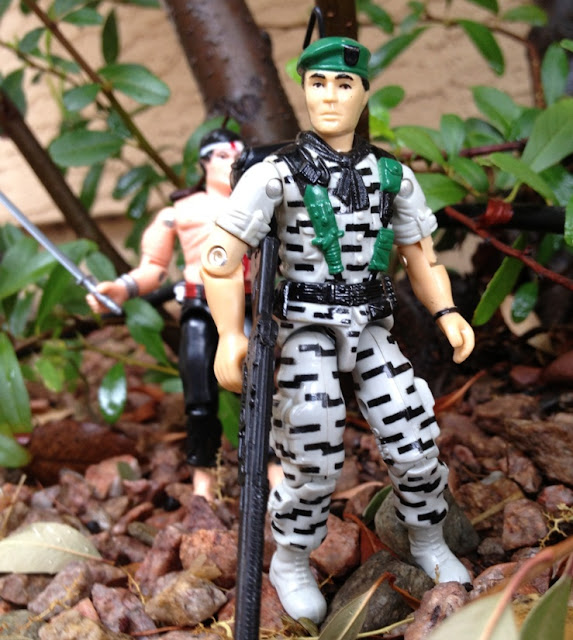 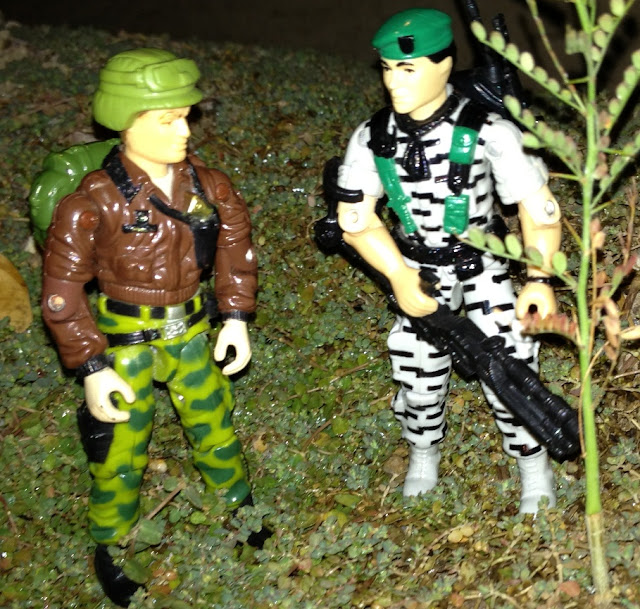 Posted by Robot_Sonic at 9:35 AM
Email ThisBlogThis!Share to TwitterShare to FacebookShare to Pinterest
Labels: 1991, Falcon, Super Sonic Fighters