While 2003 ended on a whirlwind of G.I. Joe releases, 2004 was equally frenetic.  Hasbro bombarded retail with massive amounts of product.  Sadly, the general retail line was met with relative malaise and stagnated badly.  But, the vintage style exclusives that were offered at various retailers were more successful.  The year started with a bang with both a Night Force set and the collector favorite Cobra Infantry Forces.  The next wave of 6 packs at Toys R Us were greatly anticipated, but were unknown until very shortly before their release.  While the initial reception to the packs was cool, collectors came to realize that Hasbro had put together a couple of solid sets in the Cobra Urban Strike and the G.I. Joe Anti Venom releases.  Of the 12 overall figures, though, it is the Urban Strike Nullifier who stands as one of the stronger vintage repaints Hasbro ever offered.

Hasbro released the Flak Viper in 1992.  This version is decent enough.  The mold is great, but the colors are non-traditional Cobra.  The 1993 repaint added orange highlights.  Neither figure stands among the Cobra army building greats.  But, like many of the 1990's molds, the Flak Viper had a lot of potential.  Hasbro decided to use the mold again in 2004.  Only, this time it was not the Flak Viper.  Instead, the figure was named the Nullifier.  The original Nullifier was an Iron Grenadier character released in 1988.  Why Hasbro chose to use the Nullifier name instead of the Flak Viper is unknown.  It likely had to do with copyright issues since the figure retained the Flak Viper's specialty and filecard info.  The confusion somewhat obscured the quality of the Nullifier's release.

But, as a figure, the 2004 Nullifier is top notch.  The best part was the classic Cobra coloring.  (Though, oddly enough, the figure's filecard seems to show him in the 1992 Flak Viper color scheme.)  Hasbro had heavily avoided Cobra blue prior to 2004.  But, it came back in the Infantry Set and made another appearance in the Urban Strike set.  The Nullifer features a rich, deep Cobra blue base color.  He's a perfect match for the early days of Cobra and perfectly complements the Hiss Tank.  He is offset by black highlights.  It's tough to go wrong with blue and black for a Cobra army builder.  But, this figure really worked.  As a slight added bonus, the figure also has a leather brown colored shoulder pad and thigh pouch.  It's just enough color to break up the blue and black combo without being intrusive of the figure's overall palette.  The result is a figure that fits perfectly with 1998 Cobra Troopers and can enhance the backbone of your Cobra army without straying too far from the classic color scheme.

Gear wise, though, the Nullifier's accessories stink.  None of the mold's classic gear is available.  Instead, Hasbro threw in 3 rather non-descript weapons.  One is a black version of the 1986 Lifeline's pistol.  It's not a great fit, but also not a terrible weapon.  The second is a new sculpt mold that is a weapon without a stock, but including a grenade launcher.  Personally, I detest this weapon.  But, many collectors really like it, as well.  But, it came with so many figures in its era that it seems generic.  The final weapon is based on an AR-15.  It's also a new sculpt weapon that was most famously included with the 2005 Crimson Guard set.  I like this weapon quite a bit.  But, again, it was so ubiquitous that it's lost any real connection with the Nullifier.  You will see a silver version of the Flak Viper rifle in the photos below.  This version of the rifle was included with the M. Bison figure from the Street Fighter Movie line.  It's tough to find on it's own.  The Flak Viper's full complement of gear returned in 2006 on the desert Flak Viper.  This figure featured a black version of the classic rifle.  It should be impossible to find these loose.  But, large amounts of Asian overstock has appeared and into 2016, you can buy overstock versions of the black, 2006 Flak Viper rifle for very reasonable prices.  So, these are options to re-accessorize your figures should you so choose.

The Urban Strike set was both popular and unpopular.  When it was announced, collectors were less than enthused.  Hasbro was coming off of the collector favorite Cobra Infantry set and anything that was not 6 army builders in classic colors was going to be met with derision.  Once the set came out, though, collectors warmed to it.  The characters were decent and the army builders were excellent.  But, for many collectors, buying three characters for the three army builders made the set less attractive for mass accumulation.  Shortly after the set's release, though, the first signs of trouble in the Joe line surfaced.  Toys R Us dropped the price of the set to $15 in their brick and mortar stores.  It seems this was a promotion, but it was indicative that Joe's popularity was dipping.  For this reduced price, many collectors were enticed into an extra set or two.

Personally, I find this figure pretty much the best repaint of that era.  He had everything you could ask for from a repaint with the exception of accessories.  (Which, by 2004, were pretty much never again going to happen.)  The Nullifier looks great in the Hiss, manning an ASP (Though he is a bit large for the cockpit.), or holding down a gunnery position on any number of Cobra vehicles.  He also looks good as a general infantryman.  Sure, the helmet is a bit Robo Cop.  But, the design still works on a lot of levels.  It Hasbro had released every army builder in this color scheme, they would have become a sea of banality like the drab green color did for that era's Joes and even red did for the Cobras.  But, as the releases in the classic blue were so few and far between, those who got it really stand out.  More than a decade later, this Nullifier rises above nearly all of his contemporaries as a figure that every collector should have.

The Flak Viper got decent use.  There were the two vintage versions from 1992 and 1993.  Hasbro released this figure in 2004.  Then, in 2006, Master Collector used the mold (this time with his full complement of accessories) in the Flaming Moth series of figures.  This desert colored Flak Viper is another solid repaint and has the bonus of the original gear.  While I would have, personally, liked to have seen another repaint or two, this is a case where Hasbro really took advantage of a mold.  Collectors have the vintage figures to showcase the potential and the modern figures to fulfill it.  I can't really ask for anything more from the mold at this point.  This is a rare case where Hasbro really got it right and gave collectors satisfactory repaints.

Urban Strike sets have gotten somewhat popular on the aftermarket.  Finding boxed sets can be problematic these days.  And, when you do find them, they are often $60 or more.  Individually, the figures can be equally popular.  Right now, the Alley Viper appears to be the figure du jour from the set.  But, that seems to fluctuate quite a bit.  Finding excess Nullifiers can be tougher now than it was a few years ago.  As the figure's accessories suck, you can get incomplete figures for under $5.  But, complete with filecard versions tend to run between $9 and $12.  That's a lot for a modern army building figure based on an obscure 1990's mold.  But, it's also a testament to the figure's quality and the desire of collectors to integrate the figure into their classically colored Cobra armies. 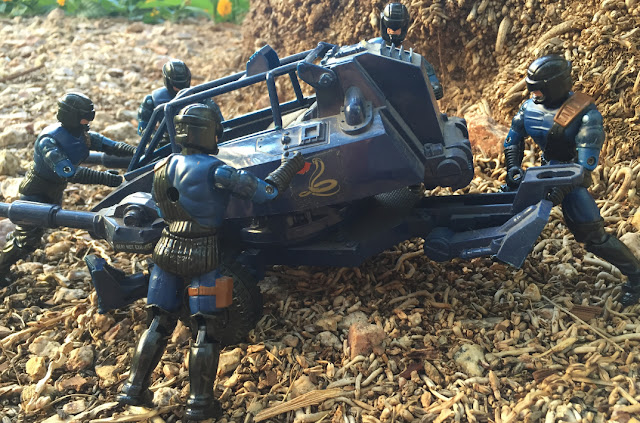 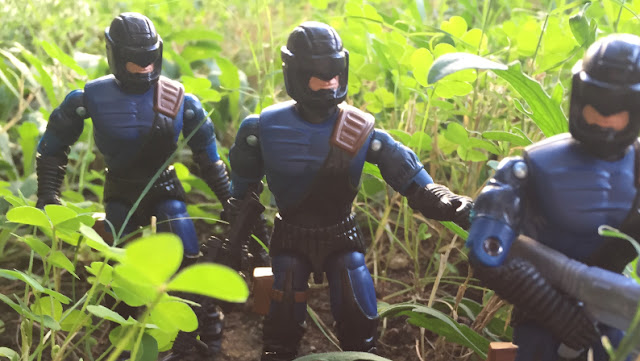 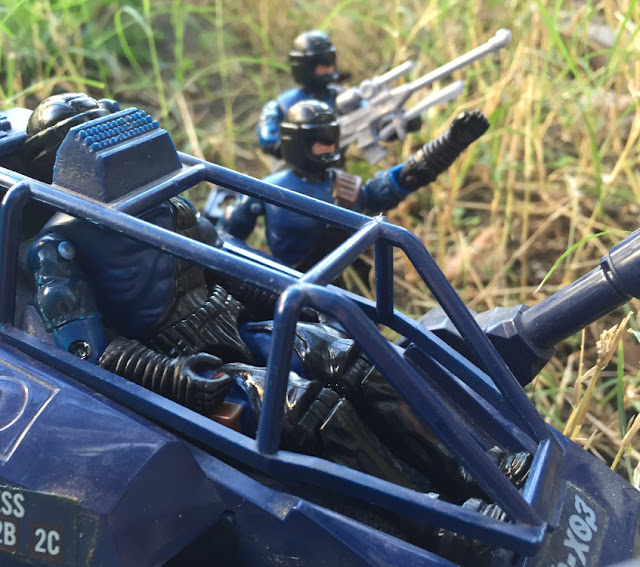