Diorama - The Arrival of the Commander

I took this picture in early spring in 2002.  It was still pretty cold out and we got a late evening rain on a Sunday.  I went out and set this up as the sun was setting.  Mainly, I wanted to show off the Air Devil figure and my Crimson Guard Immortal figures.  This was in my grove of trees where I'd get a nice lake with every rainstorm.  Most of my Indiana photos were taken in this spot with various trees or rocks added to showcase the water.

In general, there's too much going on here.  But, getting the Hurricane out was fun, too.  There's a good number of obscure Cobras in the general vicinity and my goal was show the classic Cobra hierarchy, but with later sculpts of the characters. 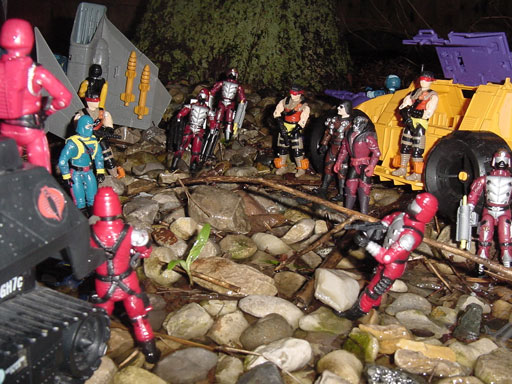 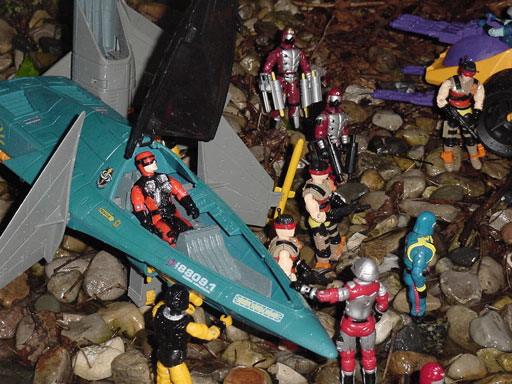 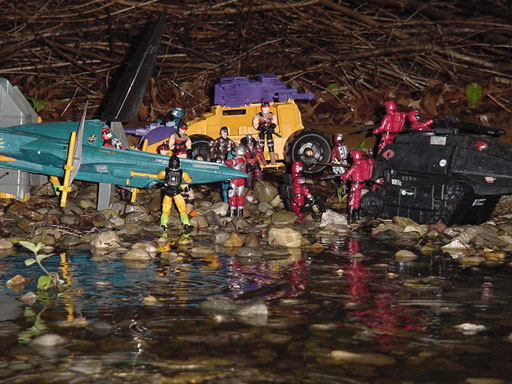 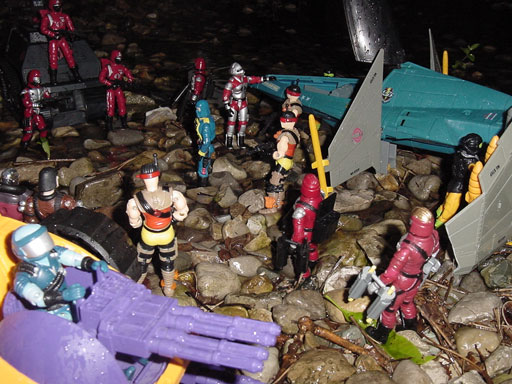 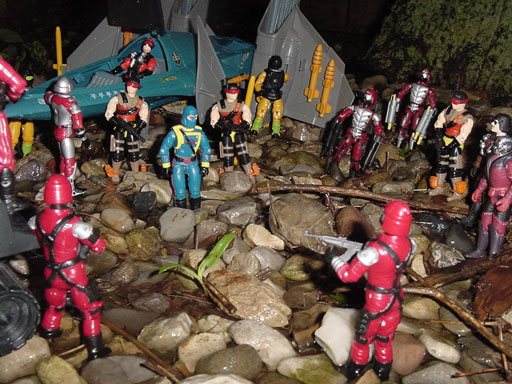 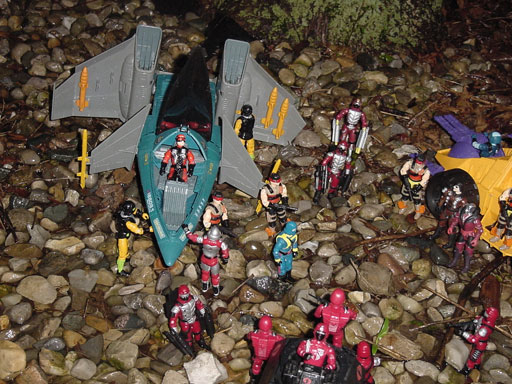