I never found the 1994 Alley Viper at retail.  By the time I was combing the scraps of the Joe line in 1995 and 1996, Cobra army builders were long gone.  But, this figure is a great homage to the original and a very nice update.  There is a variant where one has little stripes on his legs and the other does not.  As this guy is somewhat tough to find in any form these days, getting both variants can take a bit of work.  There's not much content on this guy out there, but here's what I could find around the web: 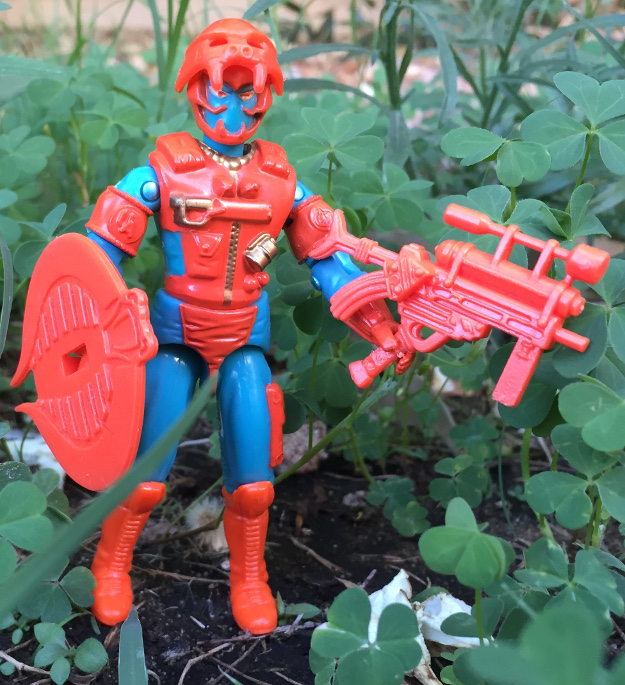 Posted by Robot_Sonic at 5:31 AM
Email ThisBlogThis!Share to TwitterShare to FacebookShare to Pinterest
Labels: 1994, Alley Viper, Around the Web, Battle Corps