I have two younger brothers.  Growing up, they played with Joes.  But, they were not nearly as interested in them as I was.  They would casually pick up figures while I definitely had a plan of which new releases were my priority.  In short order, I learned how to use this.  Even as a kid, I wanted to be a completist and have every Joe released in a given year.  From the catalogs, it was easy to see what all was available and get a general idea of which toys I liked and which ones I didn't.  It was the ones I didn't really like where I used my brothers' relative lack of interest in the line.  When my parents would agree to buy us each a figure, I'd pick out the "best" one for me.  I'd then encourage my brothers to pick out one of the lesser figures in which I had little interest for themselves.  This would allow me to cross the lower priority figures off the checklist without wasting my resources on them.  I was most adept at this in 1987, which was when I got my youngest brother to choose Psyche Out as his figure purchase.

The 1987 Joe line has a major schism.  There are spectacular figures like Falcon, Outback, Tunnel Rat and Law.  But, there are a lot of terrible figures like Raptor, Bog Boa, Crystal Ball, Psyche Out and Gung Ho.  Of course, my definition of awesome and awful were defined by my 13 year old self in 1987.  It was the last year I collected Joe and it was probably a year or two too long for me to be doing so.  But, I was still heavily into the comics and played out adventures every day before and after school.  My room was full of toys, saved packages and comics.  In retrospect, the space was small.  So, having all of that packed into the area was quite impressive.  But, all of my Joe collecting and playing peers had moved on to other things.  So, I was also alone.

This solitude, though, proved a creative spark for my adventures.  While I didn't really want to own a Psyche Out figure, I was able to come up with a story and use for him.  My childhood realm was heavily shaped by Star Wars and then supplemented with Marvel comic super heroes.  As such, the more sci fi bent of the 1987 Joe line didn't bother me as much.  I saw certain accessories as super hero like inventions or creations.  Crystal Ball's hypno shield was indestructible: just like Captain America's.  The green tentacles from the Cobra La pack were given to the Royal Guard, who could then fly.  (He was still a human encased in armor, though.)  And, Psyche Out's gear was part defensive gear and a powerful weapon.

Psyche Out quickly became a science officer inside my Joe HQ.  Here, he would rarely venture out into combat.  But, the staple of my adventures was Cobra overrunning the Joe base that was my room.  So, from time to time, Psyche Out would be forced to fight.  As such, his gear was designed to aid him in those rare instances.  His armbands and shields doubled as Wonder Woman-esque wrist gauntlets that were bulletproof.  He could use these to protect himself.  But, they also shot out electricity beams capable of killing anyone who was hit.  His hand held case shot even more powerful blasts that could disable or destroy Hiss Tanks.  The weapons were short range and were very inaccurate.  So, their usefulness as anything other than a weapon of last resort was limited.

Naturally, this played itself out and, today, Psyche Out is a relic from the final days of my childhood collection.  But, his bright colors are still fun to use in the HQ.  And, in the modern world, his specialty is more useful than ever before.  Of course, having a guy psycho analyze the makeup of a team or try to softly interrogate a villain isn't much of a play pattern.  So, the figure would still be boring were kids today into Joes.  The main problem is that there are a lot of better figures from the time that can also fill Psyche Out's role as scene filler.  With just one vintage HQ, the coveted spots will go to those figures first: leaving Psyche Out slowly rotting in his plastic bag.

The Psyche Out figure is not good.  His body is cast in bright, lime green.  He is covered with a patterned shirt and a large cadre of silver electronics.  He has poofy '80's hair that's buoyed by a red lined headset with an antenna on the back.  For some reason, the knife on his leg is unpainted, despite the multiple paint applications on the head.  There is some quality in the general design, though.  The Tiger Force and, especially, Night Force repaints showcase that the mold can be redeemed.  His gear is odd and a bit goofy.  Except for the pistol.  Psyche Out's pistol is one my favorites and was found its way to a good number of figures in 1987.  When I returned to Joe collecting in the late '90's, the pistol was one of a couple of accessories that I stockpiled (I, maybe, had three extras!) to give to other figures because I liked it so much.  Some of that luster is gone, of course, but the pistol is still top notch and is, to me, the highlight of the figure.

Psyche Out had a pretty good run.  This figure was released in 1987 and was quickly repainted into the Night Force Psyche Out in 1988.  That was the end of the American releases.  But, Psyche Out also has a European exclusive Tiger Force version released in the early 1990's as well as a Brazilian version that was based on the V1 American release, just in slightly brighter colors.  The Brazilian release is named Tele-Mentor.  For some reason, I love that name.  It's like he's a tormentor, but with technology: which is exactly how I used the character.  It seems that the Tele Mentor figure was released after the European version.  Looking at his series of figures, 8 of the 13 contemporaries were later released by Funskool.  The remaining figures have not appeared again.  It seems likely that Psyche Out was sent to India, but they chose to use the 1991 mold for the character instead of this 1987 version.  In the end, you get one foreign Psyche Out with a cool name and two well done repaints in highly popular subsets.  So, collectors got pretty much all they could from this mold.

Psyche Out figures are not expensive or rare.  His radar dishes can be annoying to track down.  But, there are plenty of complete figures out there and you can even buy a couple of incomplete versions to build one perfect figure for not too much money.  Mint and complete with filecard figures run in the $5 to $6 range.  Dealer pricing is about double that.  You can get carded figures for around $20, too.  The mold is the cheapest Night Force figure and the least expensive Euro Tiger Force figure.  Collectors just don't care for the character or the mold.  In the right setting, though, the figure is useful.  I like the bright green inside my HQ.  But, of the three major repaints, this original version is easily the weakest.  If I was going to choose just one version of the character for my collection, this 1987 figure would be the first to get tossed.  But, that's OK.  He's another obscure, background figure that can be useful for a variety of situations.  The line had a lot of them and they are a big part of what made it great. 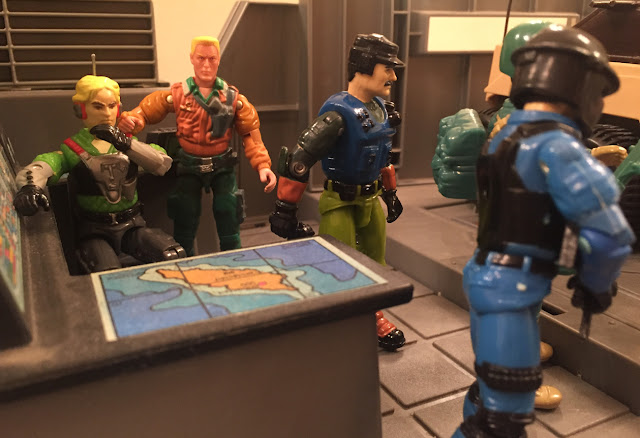 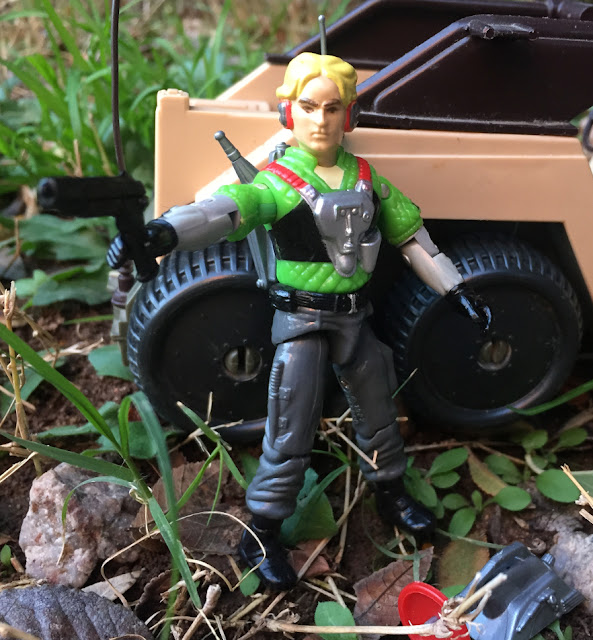 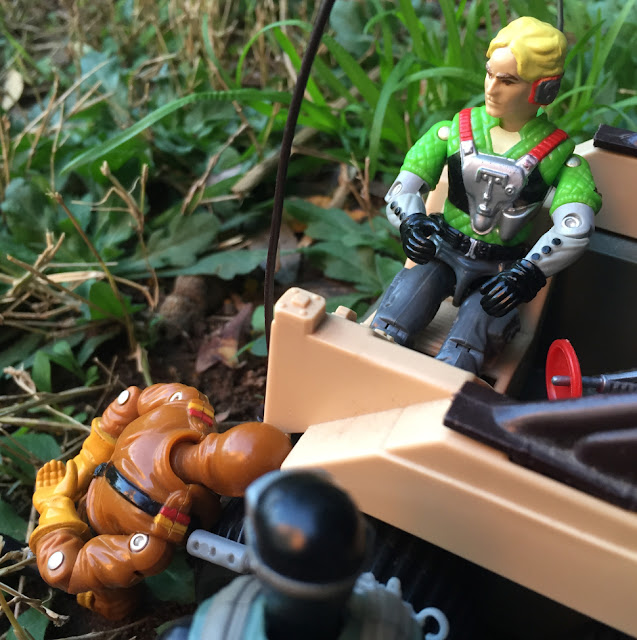 Posted by Robot_Sonic at 2:48 AM
Email ThisBlogThis!Share to TwitterShare to FacebookShare to Pinterest
Labels: 1987, Psyche Out