I have a lot to be thankful for.  My family, health and happiness are the big three.  On the list, though, is this site and all the Joe fans who come here every day.  There are over 700 posts on the site, dating back more than 17 years.  In the time I've been online, some posts have been much more popular than others.  So, here are the ten most popular posts in the site's history for you to peruse while you recover from whatever New Year's Eve fun you may have had:

10. Parachute Pack Mail Away - This is due to HissTank.com.  It's my first post there and usually draws a few viewers each week from there. 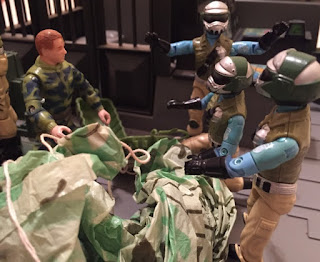 9.  Relampago - Brazilian Python Patrol Ripcord - Another foreign figure who's always a draw.  Relampago is high on the list, though, as the link got posted on some Brazilian message boards and that drew in a large crowd. 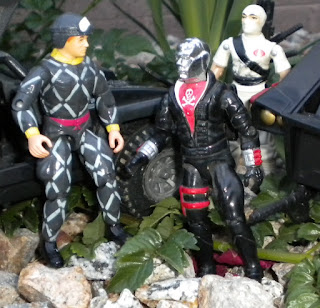 8.  1987 Zanzibar - This one, I can't explain.  Zanzibar doesn't appear to be an overly popular character and his toys are ridiculously cheap.  But, he got a ton of hits for about two months and still gets a surprising amount each month.  I guess he really has some dedicated fans. 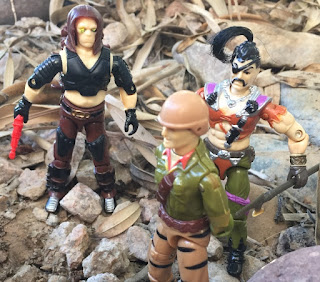 7.  Cobra De Hielo - Argentine Ice Ninja - This is a shout out to JoeCustoms.com.  The De Hielo is the first post in my site update thread there and, as such, gets a steady stream of visitors each month.  Plus, he's an interesting character and a Stormshadow repaint. 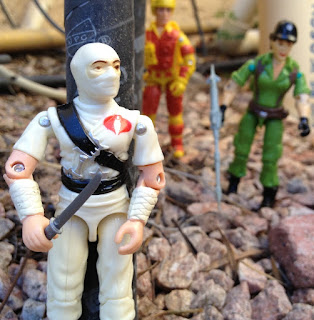 6.  1991 Sci Fi - This was my 17th anniversary figure.  Other than that, I can't explain his popularity.  It's probably the oddest entry on this list. 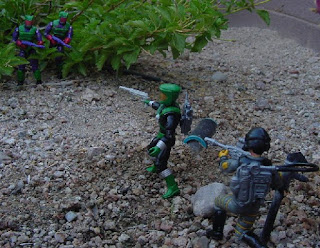 5. 1985 Tomax and Xamot - The Crimson Twins always get a good response and have been consistently popular. 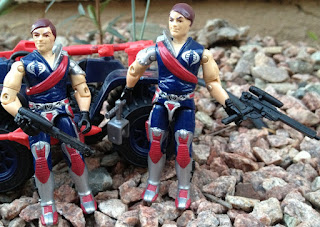 4. Escorpiao Voador - Brazilian Cobra Flying Scorpion - No real explanation needed here.  He's one of the most famous Brazilian exclusive figures and I've been trumpeting his quality since 2001. 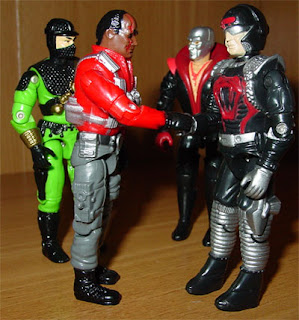 3.  2016 Bootleg Blue Stormshadow- This one makes sense.  The figure was released this year and got a lot of play in the community.  With lots of collectors looking into the figures, the review gets a lot of traffic from search engines. 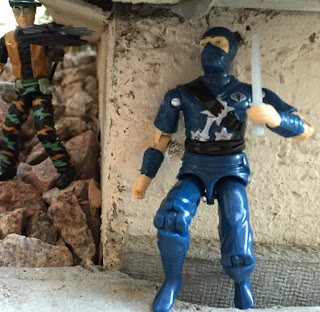 2.  2010 Convention Exclusive Orange Flint - This is another extremely popular title.  It might be that it's a major character, he's visually distinctive, he was released in 2010, he has a Red Shadows connection or it's just that people like the figure.  But, this guy is very popular. 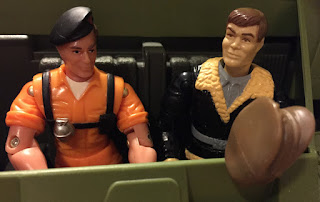 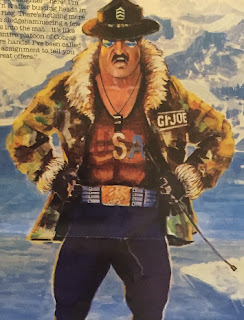 I've got lots of great stuff planned for next year.  I've got a few more obscure figures, more bootlegs and some looks back at the Joe comics, too.  You'll likely see a bit more Star Wars sprinkled about as I'm finding interest in that with no Joe at retail.  The extremely popular Rarities Month will return in June.  I already have over 20 items to showcase and hope to have one per day again.

Thank you to each and every visitor who make this site so much fun for me.  Have a great 2017!
Posted by Robot_Sonic at 1:01 AM
Email ThisBlogThis!Share to TwitterShare to FacebookShare to Pinterest
Labels: 2016, Features, Top 10