Rarities - The Curious Case of the Missing Mustache

In the 2000's, Hasbro reused many molds.  Starting in 2000, though, they would, periodically, skip the paint application for a figure's facial hair.  These were by design.  However, it seems that Hasbro had some issues with facial hair in general as figures missing facial hair were common pre production finds.  Below, you will see a few examples of figures that are missing the facial hair paint applications.

The first figure is the mail away Agent Faces figure.  For this figure, the head was a either a new sculpt based off of the '92 Duke or a slightly modified version of that head.  The production figure's facial hair was just a paint application.  In the sample below, though, this application was missed.  The result is a very different looking figure.  While the sample is production level, it's more likely a case of factory error or poor quality control than an actual variant.  But, it's interesting nonetheless. 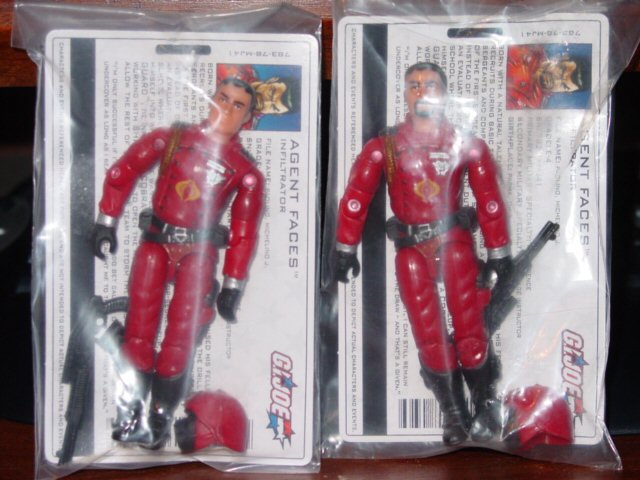 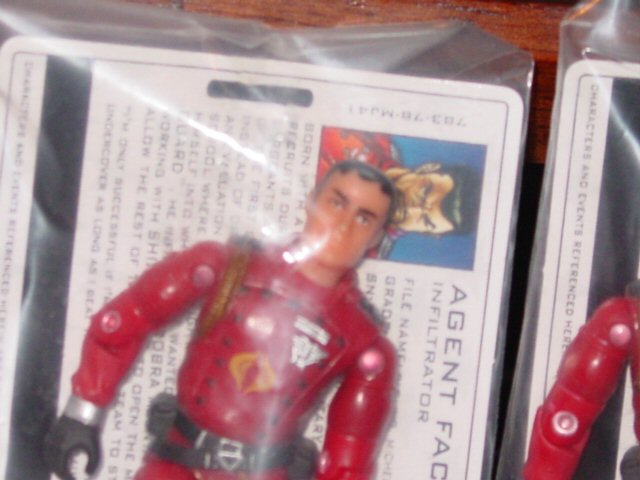 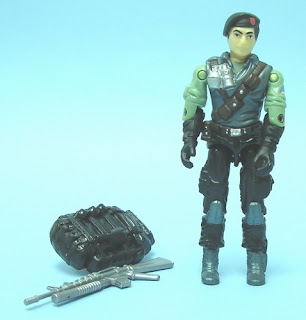 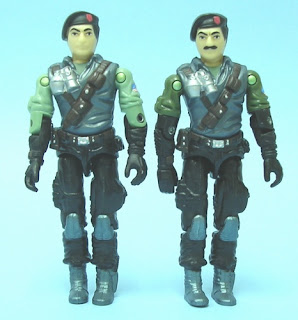 The final figure is, again, likely a factor error rather than a variant.  But, it is a 2003 Python Patrol Major Bludd figure with no facial hair.  Bludd is very odd without his trademark mustache.  So, this figure is boldly different from any other appearance of this head.  While it's likely not a variant, it does offer further proof that factory goofs can make their way to retail. 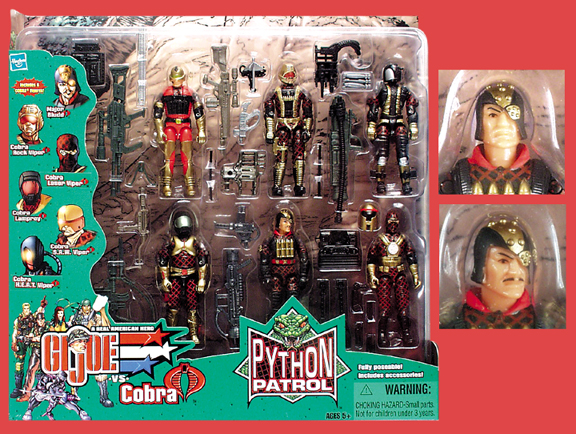 Click on the Rarities tag to see more oddball items.  And, Rarities Month II will be coming in June of 2017.
Posted by Robot_Sonic at 3:07 AM
Email ThisBlogThis!Share to TwitterShare to FacebookShare to Pinterest
Labels: Agent Faces, Dial Tone, Major Bludd, Python Patrol, Rarities