In 1993, I was barely into toys.  I had forayed into a small Joe purchase in December of 1992.  But, aside from that, pretty much kept my collecting habits to sports cards.  Over Christmas of 1993, though, I decided to buy a couple more Joe figures.  Among the bright spots at Toys R Us that day was a neon yellow Bulletproof figure.  I wasn't overly keen on the bright color.  But, he had a cool helmet, amazing gun and great backpack.  So, I bought him and never looked back.  When I discovered that the same, basic figure was available in 1992, only with better colors, I had to have him.  So, I sought him out at a time when finding loose figures from the '90's was rather hard to do.  Once in hand, he was a substantial upgrade from the neon 1993 figure.  There is surprisingly more info about the character available than I would have thought.  Here's the best of Bulletproof from around the web. 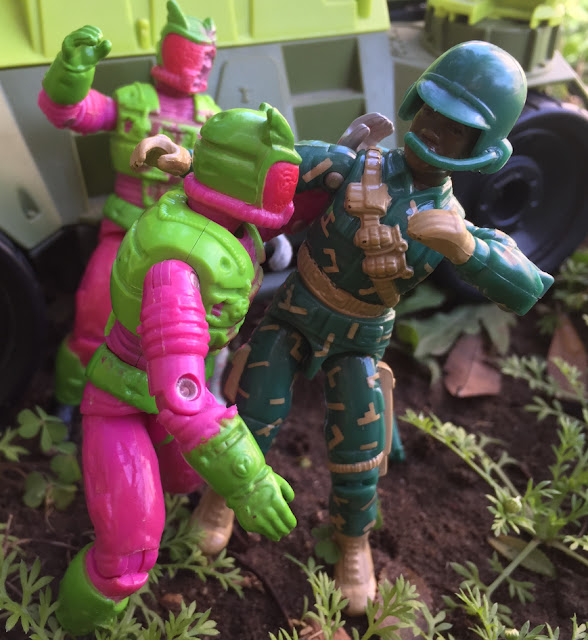 Posted by Robot_Sonic at 4:32 AM
Email ThisBlogThis!Share to TwitterShare to FacebookShare to Pinterest
Labels: 1992, Around the Web, Bullet Proof, Bulletproof, DEF