What is a G.I. Joe and what is not a G.I. Joe figure?  The answer depends greatly by collector and even within an individual collector's personal timeline.  I, personally, fall somewhere in the middle.  I love factory customs and anything that uses actual Joe parts.  I don't go for knock off lines with similar construction, though.  The Street Fighter Movie and Mortal Kombat lines that Hasbro produced in the mid 1990's definitely fall into the "collect" category for me.  There are many designs in the lines that mesh well with Joes and help provide some fun additions to a collection.  There are some bad figures in there, though, that I find too far detached from Joe.  (Oddly, I'm fine with a four armed space alien in Joe, but not a four armed pit fighter.  Go figure.)  In the case of the M Bison character, though, I can find a niche for him within my Joe world.  Though, it is his incarnations from the Street Fighter Movie line that I find most interesting.

From the very beginning of my collecting days, the M Bison figures have been heavily integrated into Joe collections.  The most common usage is as a new, named Cobra: usually a high ranking military official.  The general vibe of the character is "general".  So, it was natural that collectors took to him in this manner.  In the days before Hasbro brought the line back with any zeal, collectors had few alternatives for Cobra characters.  M Bison could fill that role and you often saw him leading squads of Crimson Guards.  In this capacity, though, it was mostly the limitations of the more common Street Fighter version of M Bison that came through.  The newly sculpted head looked too large for the body that had been created years earlier.  So, while the intention of using the figure was good, the execution suffered due to the quality of the most common M Bison.  Fortunately, though, Hasbro made several other versions of the character.

This version of M Bison uses the basic silver and black color scheme.  For something so effective, it was rarely used in the vintage Joe line.  (I'd say it probably had to do with not infringing too much on Snake Eyes' iconic looks.)  As such, figures like this M Bison stand out since they look good, integrate with Cobra and aren't in a scheme that's too common.  At the same time, this guy definitely follows the Hasbro cost cutting theme of that time period.  There are few paint applications, making him a generally cheaper figure to produce than one with multiple paint masks.  The newly constructed parts are also far larger than those of the previous version.  They likely go too far in the opposite direction as the figure is now somewhat blocky and clunky.

I'll grant you that the cape on this figure makes him look like a super hero knock off.  Some capes give off a malevolent vibe.  Others make the wearer look like the Man of Steel.  M Bison's cape falls into the latter category and somewhat diminishes the figure.  I suspect part of this is the figure's very broad shoulders and large torso.  What is interesting, though, is the way in which Hasbro affixed the cape to the figure.  Gone was the removable cape from the 1980's.  M Bison's cape is permanently attached via two points on the figure's shoulders.  This makes the cape hang lower but also help ensure that it's not separated from the figure.

Somehow, Hasbro was able to create brand new body molds for many of the Street Fighter Movie figures.  There were lots of repaints, too.  But, the economics of the day allowed them to drop a nice selection of new parts into the various toy lines.  The Street Fighter Movie M Bison figures were a great example.  The basic design uses the head created for the 1993 Street Fighter figure that was part of the Joe line.  But, the chest, arms, waist and legs are all new.  This is somewhat great as there are new parts.  But, as these lines came out in 1994 and 1995, the bodies are generally more bulky than most vintage Joes.  M Bison's new chest and arms fit in with 1994 and the figures planned for 1995 very nicely.  But, they look overly large when compared with '80's Joes.  They do, though, solve the main issue I have with the 1993 M Bison figure: the head is no longer too large for the figure's body.

There are five different M Bison figures: two in the G.I. Joe line that use mostly Joes molds and a new head and three in the Street Fighter Movie line that use the existing head and an all new body.  The Movie figures, in my opinion, are better colored and can be better integrated with Cobra than the figures from 1993.  This black body version from the Shadowloo Headquarters is very nice just due to the simple black and silver theme.  There is a blue version that was available as a carded 2 pack that is a bit more complex.  I like it a bit better.  The single carded red version isn't great, but he includes excellent silver versions of both Interrogator's and the Flak Viper's weapons.  But, the black version best fits into a Joe collection.  (And is a nice companion piece to both the Funskool Streethawk and the Convention Firefly, too.)

Ostensibly, this figure should be pretty rare and somewhat expensive.  The Shadowloo Headquarters was big and pricey and not produced in huge numbers.  But, it seems that like many of the later vehicle pack in figures, this M Bison was later made available via overstock sales.  As such, even today you get bagged versions of this figure for under $15.  For a figure that is so easily integrated into the Joe line, that seems under-priced.  But, Street Fighter Movie and Mortal Combat figures ebb and flow in terms of popularity quite a bit.  There was a time when every figure in this line was more expensive than '86 Vipers.  Then, they crashed and you could get most of them for under $15 for a MOC figure.  Savvy collectors can take advantage of these fluctuations and acquire figures like this M Bison in down times.  For a reasonable price, this figure is a worthy addition to any collection. 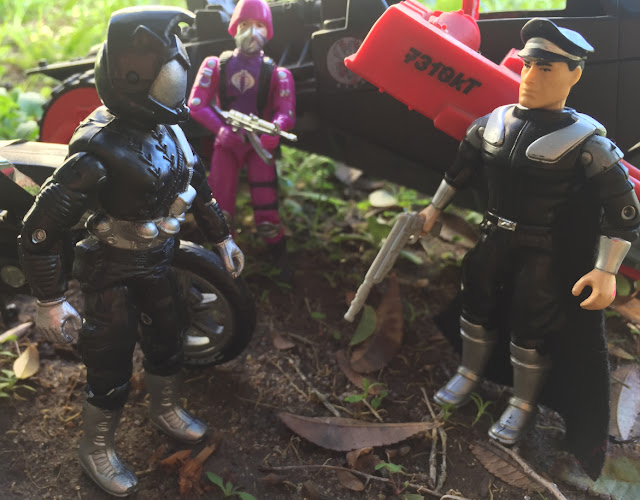 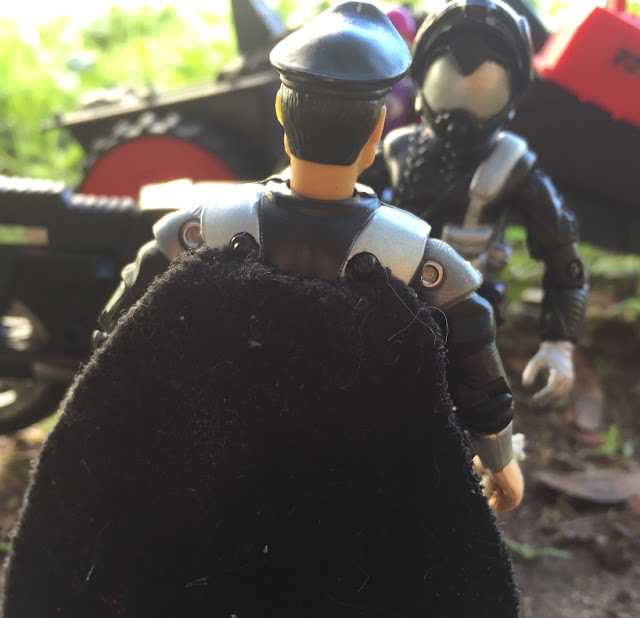 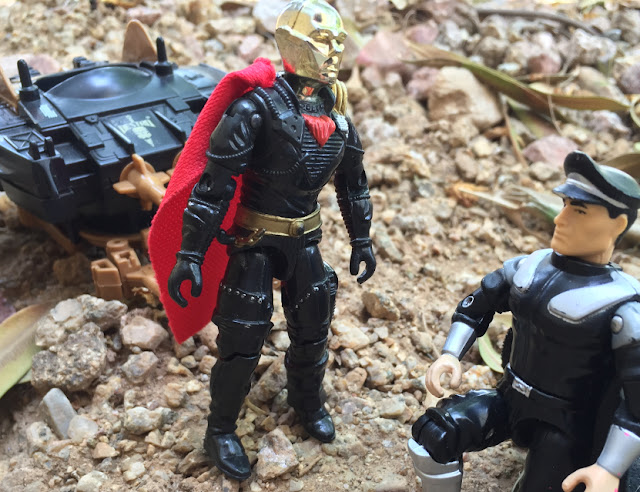 Posted by Robot_Sonic at 1:43 AM
Email ThisBlogThis!Share to TwitterShare to FacebookShare to Pinterest
Labels: 1994, M Bison, Street Fighter