As I started collecting Joes in earnest in the late 1990's, I was enthralled by the years of figures I had missed.  While I had bought a smattering of 1992 figures, I didn't begin buying Joes at retail until 1994 and 1995.  So, the 1992 figures were mostly gone and unknown to me save for a couple of cardbacks I had saved.  So, as I began to buy collections online, I focused heavily on 1989 through 1992 as my focus.  I had all the '80's figures from my childhood and I had most of the 1993 and 1994 figures from retail.  So, this allowed me to buy lots that pretty much only included figures I did not own.

However, at the time, finding collections from this time period was rather difficult.  There were few available.  But, since most collectors of that time hated anything made after 1987, the lots would sell for maybe a buck or two per mint, complete with filecard figure.  As I bought up these lots, I discovered a great many figures who were easily on par with the Joes of my youth.  But, in the mass accumulation of these collections, many gems slipped by my notice.  When I bought the Oktober Guard 3 figure pack at Toys R Us in late 1998, though, I discovered the Lt. Gorky mold.  This caused a re-examination of the figure on which he was based: the 1992 Big Bear.

For a brief time in the early 2000's, I army built Big Bear figures.  You can see them as Russian Troopers in one of my crappy dios from 2001.  To me, though, he perfectly fit this theme.  The character, to me, was completely blank.  The mold was good and he had really fun gear.  It all added up to a figure I wanted to use for something.  And, having a small army to back up the unfinished Oktober Guard team of that era was appealing.  But, that use ended as Hasbro released more and more figures in the 2000's that made for good Joe army builders.  There was no need to track down vintage figures when you could get an equally good figure at retail and have him include a Viper or Alley Viper.

So, Big Bear's use in my collection diminished.  So much so, that I ended up selling off my superfluous figures in my collection purge.  But, one version remained behind just because I decided at the last minute to retain a full set of 1992 figures.  Even with that, though, the figure was buried in his drawer, never to be seen.  It was only as I began to update photography on many of the oldest 1992 figure profiles that I stumbled across this figure and was again reminded of his quality. While Big Bear isn't the most intricate figure, his design works very well.  Hasbro was still designing figures with all new parts in 1992, so Big Bear has a cohesion to his mold that isn't overly complicated but still realistic.  The highlight is the figure's head.  Big Bear's face is well defined and unique.  Plus, the mold defining hat on his head really provides all the characterization that Big Bear will ever need.

The figure's coloring is both odd and good.  The green color that forms his base is unique and doesn't often appear elsewhere (if at all) in the line.  It's a bit bright.  But, not so much that it would render Big Bear useless.  He's not a straight cammo green figure.  But, the color allows him to stand our without being too over the top.  The mold details, though, are where the paint falls apart.  Many of the intricacies of the mold are left unpainted.  And, Big Bear features a red belt buckle and bright yellow grenade on his chest.  Those are out of left field in terms of color choices and are a bit detrimental to the figure.  The 1998 Lt. Gorky figure brought a plethora of new paint masks to the mold and helps define it in a way that this 1992 figure does not.

Big Bear got a decent complement of gear...to an extent.  My favorite feature of the figure, his gun, has become ubiquitous after the multitude of uses in the 2000's.  But, that just makes him easier to complete.  His pack was used just as much, if not more than, the gun in the same timeframe.  So, again, it's easy to find.  His spring loaded missile launcher and missiles are no better nor worse than any of the others from his era.  Though, in 1992, the launchers were getting larger and there wasn't even an attempt to make them anything other than a selling point for the figure.  With the gun and pack, the figure has an '80's vibe.  I could see him at home in the 1987 Joe lineup.  So, that helps explain his understated quality.

The Big Bear mold was used three times in the 1990's.  The first release was this full carded figure from 1992.  In 1993, Hasbro recolored the mold into a very distinctive and high quality brown color and released it in the International Action Force mail away set.  This set has gotten rather pricey and harder to find these days.  In 1998, the mold was colored in a great grey color and released as Lt. Gorky in the Toys R Us exclusive Oktober Guard 3 pack.  The 1992 figure remains the easiest to find.  But each of the three uses of the mold has its own charms.  It seems odd that Big Bear didn't return in the 2000's since the mold was used in 1998 and Hasbro of the '00's was keen on using both recent molds and releasing Oktober Guard members.  But, as the 2000's became the bastion of poorly painted molds with no gear, it's probably best that Big Bear remained an exclusive of the '90's.

If you're in the market for a Big Bear figure, he's not too expensive.  While dealers ask $12 to $15 for a mint and complete figure, you can get them for $8 without too much trouble.  In fact, you can usually get a carded Big Bear for around $15, too.  So, a little patience will get you a good figure for pretty cheap.  This version is usually the cheapest of the three uses of the mold. While I won't say he's the best, he's definitely worth current pricing.  I still find him a solid addition to the line and he's a good way to build out a collection.  He's one of those mid tier figures whose design is strong, but the lack of characterization keeps them from attaining any real popularity.  But, to me, that's the strength of the Joe line.  And, Big Bear is a perfect example of an off the cuff figure making the line stronger: even if you don't notice him. 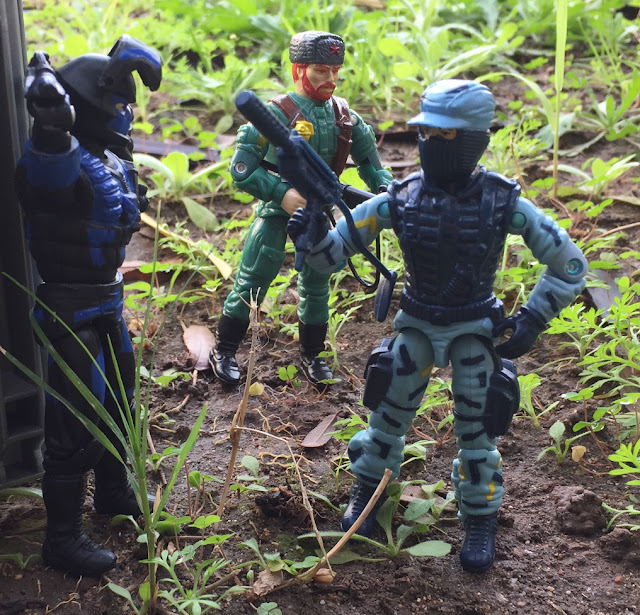 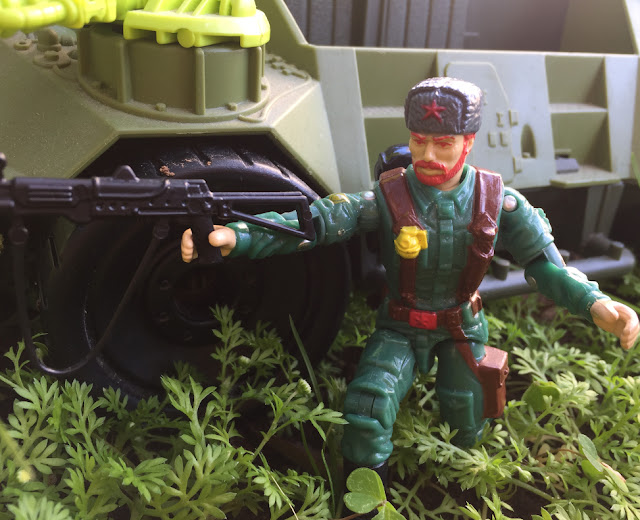 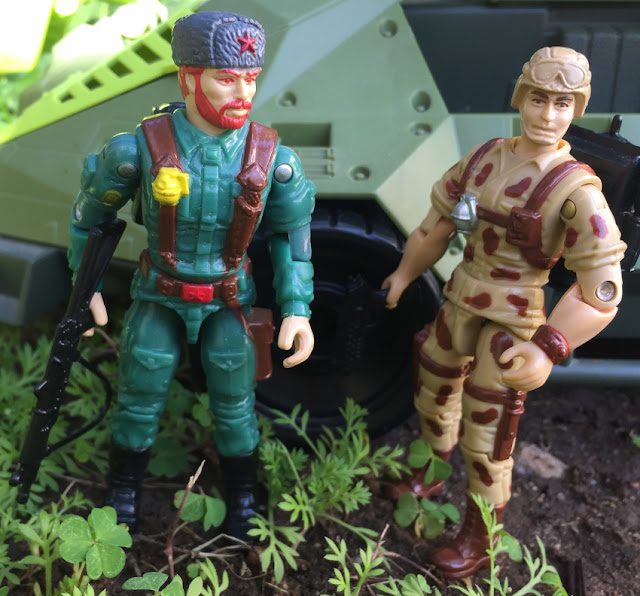 Posted by Robot_Sonic at 2:05 AM
Email ThisBlogThis!Share to TwitterShare to FacebookShare to Pinterest
Labels: 1992, Big Bear, Oktober Guard