Rogue One Death Trooper Black Series - Around the Web

Rogue One remains one of my favorite Star Wars films.  It has held up to repeat viewings, so far, in ways that the Prequels have not.  The characters from the film were solid designs and are the only Disney era characters I collect.  The 3 3/4 Black Series Death Trooper is one of the best Star Wars figures I've ever come across.  It's screen accurate enough.  It has a ton of gear.  There's ample articulation.  And, the joints move with a fluidity I've never before seen on super articulated Star Wars figures.  In short, it's probably my favorite Star Wars figure of the past decade.  And, it's going to be returning to retail in the resurgence of the Vintage Collection in 2018.  This guy got some press upon his release.  But, the 6" figure took most of the thunder.  Here's the best I can find on this guy from around the web. 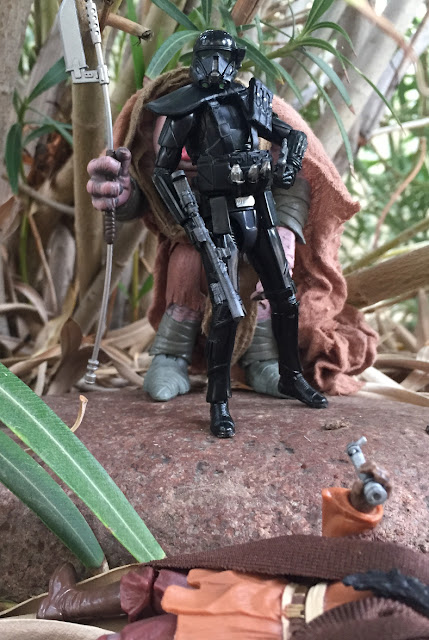 Posted by Robot_Sonic at 2:00 AM
Email ThisBlogThis!Share to TwitterShare to FacebookShare to Pinterest
Labels: 2016, Around the Web, Black Series, Death Trooper, Star Wars