As 1987 wound down and 1988 began, my interest in Joe diminished.  In the fall of 1987, I discovered Baseball cards.  From then on, sports cards took on a far greater importance in my life.  This pushed Joe out.  I only bought a handful of figures at retail.  And, when I found that my local comic book store sold sports cards, my interest in comics dipped, too.  I stopped buying all the super hero books that had been a great source of entertainment for me in the mid 1980's.  And then, for a very brief period, I even stopped buying the G.I. Joe comic.  This happened to coincide with a story in the comic referred to as the "Star Viper arc".  As I returned to the comic after a short absence, I tried to make sense of this character.  But, my local shop was missing a few issues that I had missed.  So, it took a couple of years before I finally caught up on the whole story.  Sadly, the character's story far outshone his figure.  The 1988 Star Viper wasn't a mold that caught my eye.  But, through the years, obscure releases that I've ignored tend to come back and grab my attention for a few weeks.  And, the Star Viper's turn finally arrived.

In 1988, Hasbro brought in their space Cobras.  The Astro Viper and Stiletto with Star Viper were Cobra's answer to the Defiant that Hasbro hoped many kids had gotten for Christmas in 1987: just ahead of these 1988 releases.  The timing makes sense.  And, Hasbro's re-release of shuttle parts as the Crusader and the 1989 Countdown figure also dovetailed to keep these space Cobras relevant to 1989 consumers.  This was the type of planning and forethought that kept the vintage line fresh.  The good guys and bad guys both had complementary weapons that lead to interactive play.  But, Hasbro also didn't release too much, too quickly that would have lead parents to only buy one airplane or boat in a given year and leave their kids without the alternative piece.

For me, the Star Viper isn't of much relevance to my collection.  My only real childhood memory of the figure was seeing Stilettos still on sale at a local Kohl's store in 1990.  (The day I bought my Night Viper.)  He's never been all that interesting of a figure.  And, while I enjoyed his run in the comic, the character was never one that I felt was really necessary for me.  So, even in my heady army building days, I only had one Star Viper.  I never really considered him part of Star Brigade.  So, he didn't find relevance there, either.  Today, he's someone I have.  But, not someone I use.  There are better Cobra pilots.  Some day, I hope to find a junker Defiant and customize it into a Cobra space ship.  This would give the Star Viper (maybe even 2 of them) a home and a purpose.  Until then, though, he's just a box I no longer need to check in my lazy goal of a complete Joe collection.

As a mold, the Star Viper isn't all that interesting.  He's basically two colors  with a third for his face shield.  Most of the 1988 vehicle drivers suffered from sparse paint applications and the Star Viper is not immune.  He's the got weird thing on his chest.  It's not really all that interesting.  But, it does serve as the hallmark of the figure.  The head is odd at best.  The oval helmet bears a passing resemblance to a space helmet.  The really oddball element of the helmet is the flair at the bottom.  This little detail takes away some of the roundness of the helmet.  It also makes the Star Viper's head look like a rocket ship.  I don't know if this was the intended design.  But, the head and body don't really combine for something cool  Really, the Secto Viper (released in the same year) makes for a better astronaut than the Star Viper.  So, that's kind of an indictment of the figure's design.

Star Viper joins most of the Iron Grenadier figures from this time period in the gold paint club.  Gold paint is notoriously easy to rub off.  So, finding a figure that prominently features golden paint in mint condition is very difficult.  And, since the Star Viper's golden highlights cover black plastic, any dings or wear is noticeably evident.  And, in the case of the Star Viper, you get the golden paint on the hands and middle of the chest: the two places most likely to experience heavy handling and wear.  So, finding a perfectly golden Star Viper can take some doing.  Fortunately, he was packed in a common, low price point vehicle and is an army builder with whom most collectors are satisfied at just one example.

The Star Viper character just appeared this one time.  A Star Brigade repaint would have made perfect sense.  But, that didn't happen.  The mold's head disappeared after this use.  But, the chest and arm pieces were used again: but this time on a Joe.  The 1991 and 1993 Major Altitude figures.  They are colored differently enough that they don't intrude upon the Star Viper.  But, the chest is also distinctive enough that you do notice the related parts.  The Star Viper's legs showed up on the 2003 Black Dragon Trooper figure: implying Hasbro had access to the mold in the 2000's.  But, collectors of that era would not have been kind to a repainted Star Viper.  But, a different Cobra mold using some of his parts might have been somewhat welcomed.  The Star Viper figure, though, is well enough done with an obscure enough specialty that not seeing another version isn't that big of a deal.

Despite the propensity for paint wear, mint Star Vipers are neither overly difficult to find nor very expensive.  You can find large quantities of high quality, though not quite mint, Star Vipers in the $4 - $6 range.  You'll find a mint one in this range from time to time since the figure isn't that popular.  For some reason, though, large quantities of overstock 1988 vehicle drivers have found their way into the collecting world.  Among those figures is the Star Viper.  While not as common as they used to be, bubbled Star Vipers are a pretty easy find and can still be purchased for around $10 each.  For a gem mint figure, that's the way to go.  For a quick army that's good enough, though, there are a lot of cheaper alternatives out there. 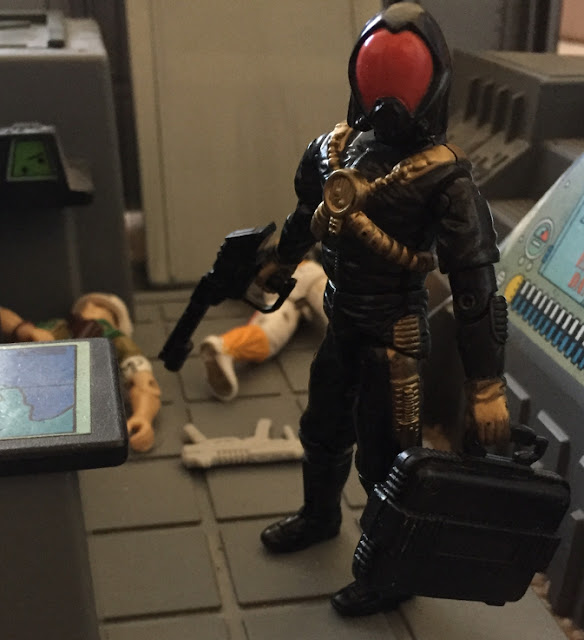 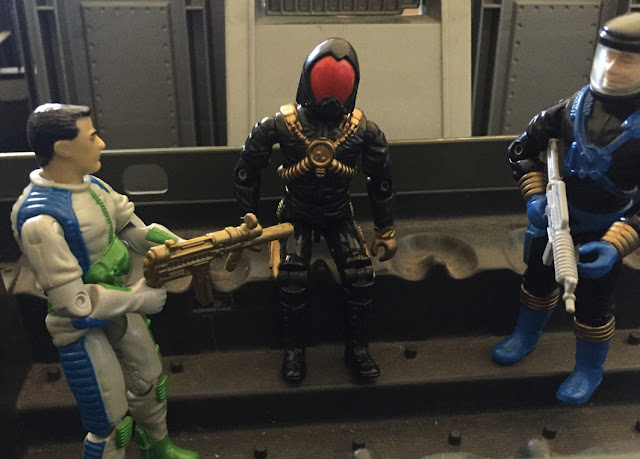 Posted by Robot_Sonic at 1:21 AM
Email ThisBlogThis!Share to TwitterShare to FacebookShare to Pinterest
Labels: 1988, Star Viper, Vehicle Drivers