Factory custom figures exist in many flavors.  Prior to 2017, though, those flavors were almost exclusively army builders.  The few characters (Mortals, Invasors and De Acos, mostly) were Cobra themed and based on rare and expensive figures that most collectors would never own.  In 2017, though, this started to shift.  First, Starduster figures appeared.  An exclusive Bombadier figure also showed up.  At the 2017 G.I. Joe Convention, though, Red Laser's Army released a massive set of figures that was a mix of new army builders as well as some brand new characters that were loosely based on early Joe concept or comic artwork.  In general, collectors took to these releases and you began to see the figures show up in various photo forums.  There were many top notch figures.  But, one I found the most interesting was the character of the General.

This figure is Hawk.  We all know it's Hawk and really don't hold any pretext that this figure is anyone other than Hawk.  He's got the blonde hair and vintage style head mold.  The distinguishing feature are the figure's base colors.  Gone is the drab, monotone of the 1982/1983 figure.  Instead, collectors are offered an panoply of colors that make this figure stand apart.  For the first time, I have a representation of Hawk that fits his role as leader of the G.I. Joe team.  One of my great laments of the 2000's era repaints was that Hasbro never gave us a first appearance 1986 Hawk figure with a black jacket and blonde hair.  It was such a simple repaint.  Instead, we got 2 uninspired repaints of the '86 Hawk figure and two equally uninspired General Tomahawk figures.  The General fills that void and puts him in the style of the early Joe figures.

The figure is based on an early comic appearance of Hawk.  The black upper body positioned against the bright green with brown highlights is a great color combo.  (It was later used to great effect on Outlaw, too.)  To me, this looks like a 1983 or 1984 repaint of the Hawk character.  It's something that would have made the vintage line that much more spectacular.  Getting it 35 years later is a treat.  I like the brighter colors against the classic 1982-1985 Joe vehicles.  They help the figure stand apart from the vehicles, but also still fit in with the overall aesthetic of the classics.  It's a tough line to walk, but this figure pulls it off with aplomb.

In terms of gear, the General is sparse.  He includes a knife and pistol.  The pistol is a thick handled number of which I'm not overly fond.  In my opinion, the figure needs a helmet.  To me, none of the '82 head molds look right without a helmet.  I've found that the helmet and visor from the Tiger Force Starduster factory custom figure is an excellent fit for the General.  And, you'll see it on the figure's head in photos below.  Others have found some different takes on the vintage helmet that work equally well.  But, this figure needs a helmet.  At least it's a little easier to find some alternatives for one, now.

The single greatest question in regards to the factory custom figures is always centered around the quality.  Through the years, some figures have been ok, some have been good and some have been terrible.  The General, though, comes in on the good scale.  Mine has vibrant colors, excellent paint and tight joints.  The hands are a bit tight.  So, I'm leery of placing most accessories into his grip.  But, others have done so with no issues.  These are not quite vintage Joe quality.  But, they are not vintage Joe brittle, either.  That's a tradeoff that I find to be worth it since I can take these figures out for photos and not worry about the plastic shattering when I move a leg joint.

This figure is now over a year old.  While 2017 brought us nearly 100 factory custom releases in just over half a year, we have yet to see any 2018 offerings.  Supposedly, there is an issue with factory paint in China that is delaying any new figures.  The Red Laser Army 2018 offerings look to have many figures that continue in the vein of this General figure.  With a few of them, a collection of pre-1985 swivel headed figures will be diverse enough to stand as a line unto itself.  I like that.  But, some of the parts are also reaching the end of practical paint application.  You can only repaint a limited number of parts so many times before things start to run together.  There are already reports that collector interest in some of the factory custom repaints is starting to dwindle...perhaps the point where some figures are not sustainable as offerings.  Regardless of what the future holds, though, I enjoy being able to take advantage of figures like this General that bring much to my collection.

Red Laser figures are $12.  They have been $12 since their release and continue to be priced as such.  The General has been readily available for nearly a year.  Lots of people have him.  But, there's no telling what kind of supply is left.  We have seen a couple of Red Laser figures pretty much disappear from sales forums.  In time, pretty much all of the factory custom figures dry up.  Whether they will appreciate or depreciate remains to be seen.  For a figure like this General, it can go either way.  He's an awesome figure that perfectly updates a classic collection.  So, there's a ton of demand for the figure.  But, he's also not an army builder and everyone can pretty much be content with one version of the figure.  So, that also tempers demand.  For $12, though, you can't really go wrong.  It's a fair price for a high quality figure that updates a classic Joe run in the way that most collectors dreamed of until the release of the 1986 Hawk figure. 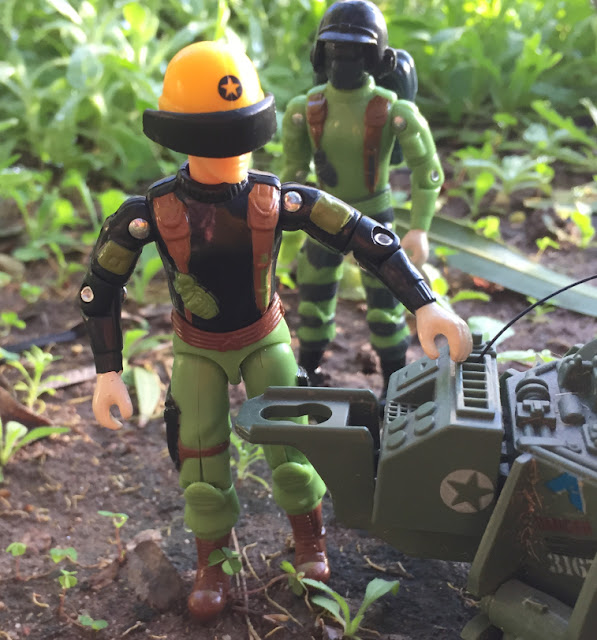 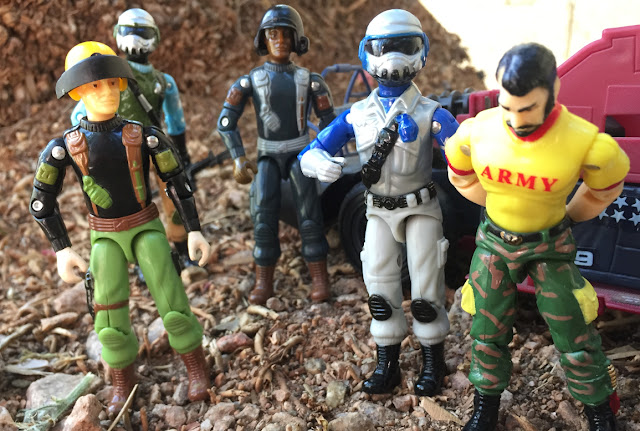 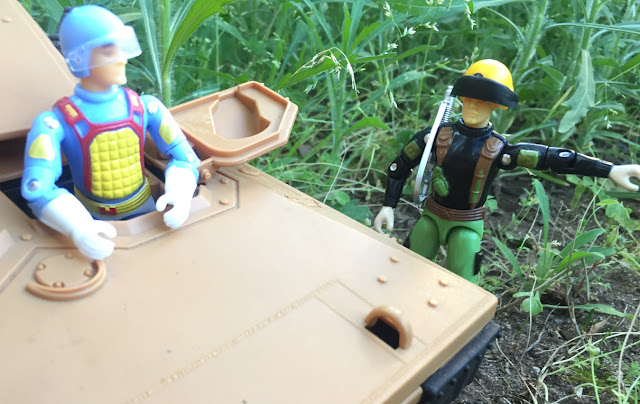 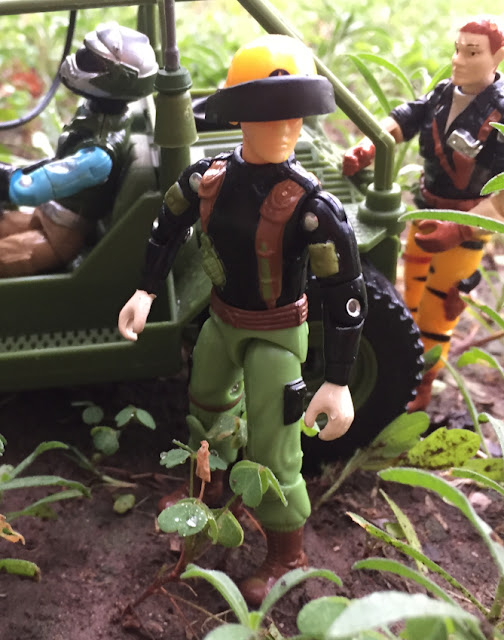