Steeler was the only original 13 Joe team member I didn't own as a kid.  Now, though, he's one of the few that I find unique enough to still use in many photos.  He's a fun figure who's far more at home in the Slugger or Mauler than the craptastic MOBAT.  I love the subtle differences between his chest holster and Clutch's and wonder why Hasbro went to so far as to make a distinct chest piece for a driver sold with the highest price point vehicle.

Here's various photos I've taken of Steeler over the years.  He still holds up pretty well.  I don't actually have any of him with his proper headgear.  I'll need to fix that at some point. 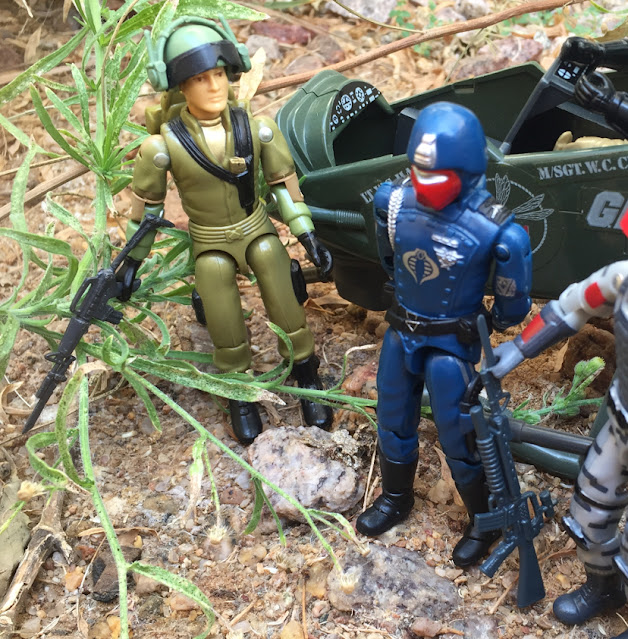 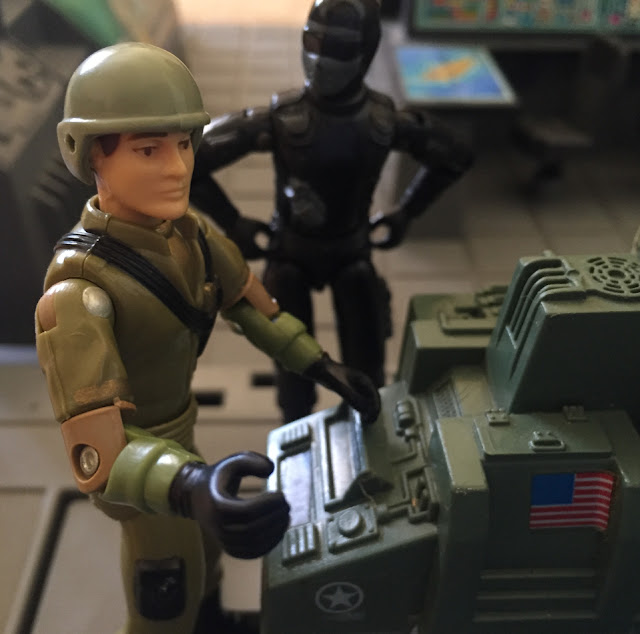 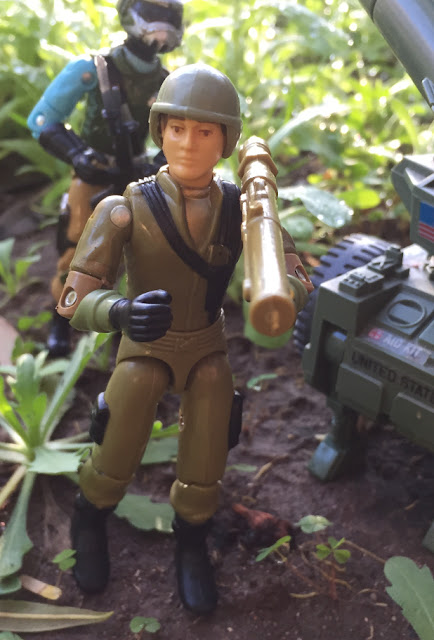 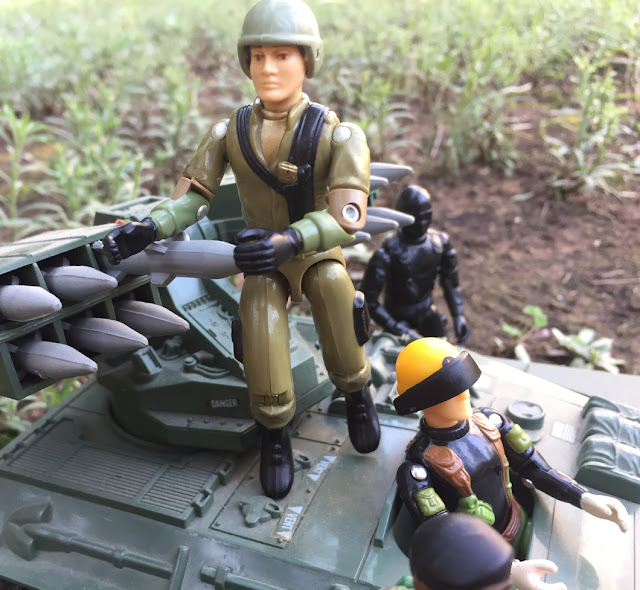 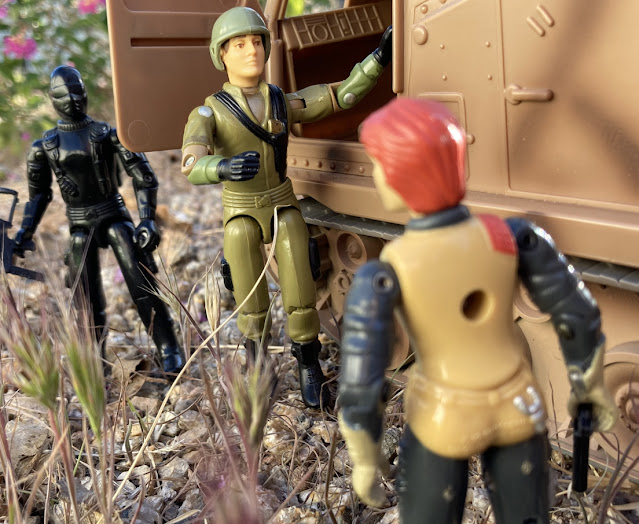