I'm a sucker for classic Joe figures that had very slight repaints in other countries.  Mutt is no exception.  This Brazilian Mastim features darker greens than the US Mutt and a more sunburned skin tone.  The most notable change, though, is that this Mutt is missing his trademark badge on his chest.  Estrela removed this feature of the Mutt mold and forever altered the appearance of every subsequent release of Mutt.  I was able to tap into a vibrant community of Brazilian Comandos Em Acao collectors and found some solid content on Mastim out there.  It was nice to see the figure gets love in his native land.  Here's the best of the Brazilian Mastim from around the web.

Mutt Around The World 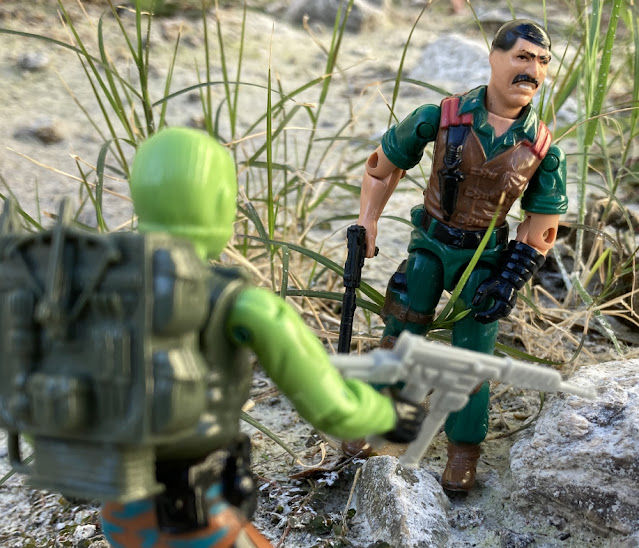 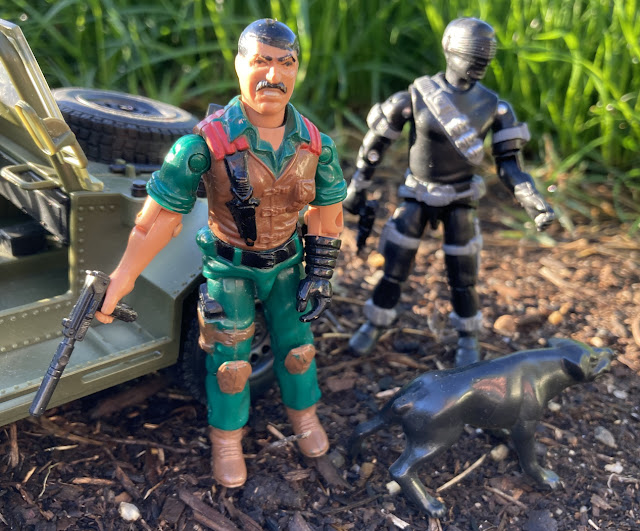 Posted by Robot_Sonic at 12:06 AM
Email ThisBlogThis!Share to TwitterShare to FacebookShare to Pinterest
Labels: 1984, Around the Web, Brazil, Foreign Figures, Mastim, Mutt