In 1984, Cobra really began it's expansion. While '83 had given us the ground roots of the Cobra organization, 1984 began to show just how great Cobra could be. Firefly, Stormshadow, Zartan, the Baroness, and this guy, Scrap Iron were the beginning of the great enemy we all know today. Scrap Iron was an integral part of this success. His missile table was a remarkable accessory for this early in the line. He had great accessories, a solid look, though the head is a bit large, and a great gimmick. This figure was just one of many that year that was finally starting to capitalize on the strength of the lines sales. More time and money could be devoted to making excellent sculpts and cool accessories. As figures like this flourished, they were paled by their later counterparts. For a few figures, though, the original mold was so far ahead of its time that the figure is a classic. I hold Scrap Iron in this category.

Scrap Iron was one of my favorite bad guys. I wore the original one out and had to use his body for one of my favorite customs. I purchased a second one that I kept fairly decent. Still, years of play took their toll and the specimen you see here is Scrap Iron #3. I rarely used his missile table. Instead, I used the hose as some sort of electronic whip. It made him much more fun to have around. Periodically, I would lose the hose. One day, though, I found it curled up inside the table I had discarded. I don't know how it got in there, but I'm glad it turned up. That original hose is still in my collection today.

Scrap Iron had a good run in the comic, though it wasn't until nearly a year after his figure had been introduced. For this reason, many people forgot about him. In the later years of the line, he was one of the few early Cobras, Baroness being the other, who never got another version made. Metal Head, a character that is cool, but kind of a Scrap Iron rip off, took all this guy's thunder. While Metal Head got dual versions made, Scrap Iron kind of faded away. It's really too bad, as this guy is very good and could have spared us another carbon copy character that was all too common in the early '90's. Still, his appearances were enough to be memorable. He was one of the very few big name Cobras that actually got to kill a big name Joe, or Joe affiliate. (He killed the Soft Master.) After reading these stories, my interest in the figure was renewed. It has only been of late that I haven't used this guy. I think I consider him to be among the older Cobras and my focus is now on the newer figures. (They're easier to build armies with.)

After his release in the US, Scrap Iron found a long release life in India. That mold, though, seems to have deteriorated too badly for Hasbro to use as the Scrap Iron figures based on this mold that have been released in the US since 2004 have all been a newly sculpted mold made to resemble the original. As an interesting note, it seems that Scrap Iron was also not the original intended character for his body mold. Originall, the Joe Alpine Trooper was going to use the Scrap Iron body. Read more about that in my profile of the Urban Assault Scrap Iron.

Scrap Irons aren't terribly expensive, in relation to what some '84's have become. He is rarely talked about and the figure is, for the most part, ignored. His gun and the hose can be tougher accessories to find, but they don't pose the unique challenges that Firefly's Walkie Talkie and Stormshadow's nunchuks can be. Scrap Iron, though, is an essential part of any Cobra collection. The figure is very strong and the character is even better. Since the other big name Cobras of this year steal his thunder, though, you can still pick up Scrap Irons without spending too much time, effort or money. Once you have him, you will be very glad Scrap Iron is part of your collection.

This guy is pretty cool. I do suggest you try putting the blue missiles from the Cobra accessory pack in the table. The effect is pretty good. If you have anything else you would like to add,email me. 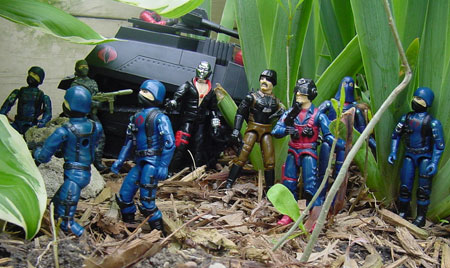 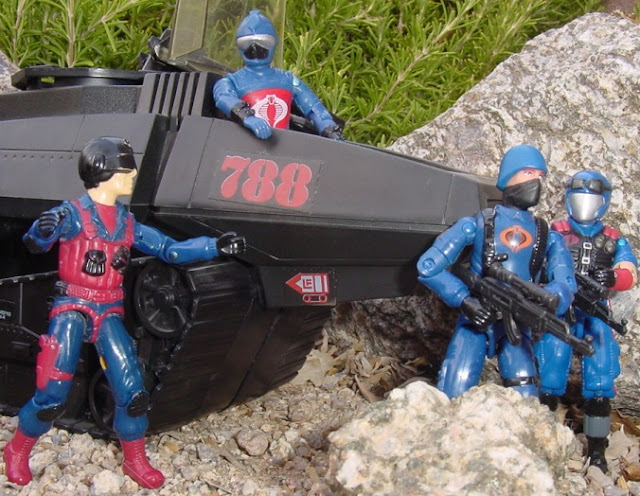 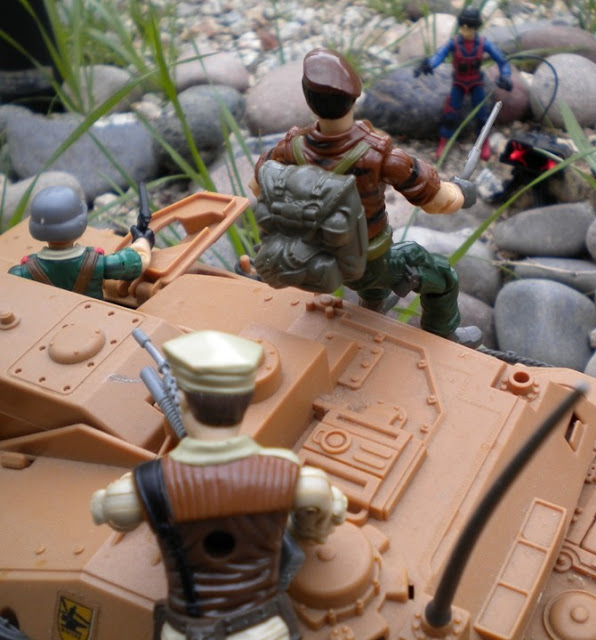 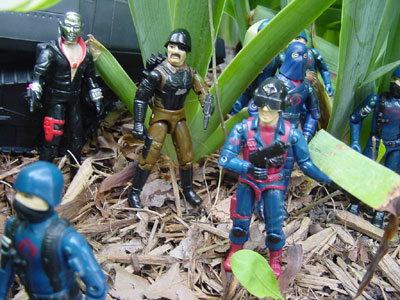 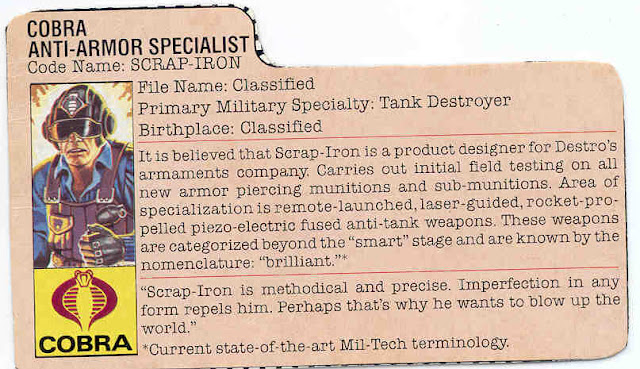 Posted by Robot_Sonic at 5:07 PM
Email ThisBlogThis!Share to TwitterShare to FacebookShare to Pinterest
Labels: 1984, Scrap Iron