In 1982, I was a Star Wars fan. I had all the figures and vehicles. The only toys I played with were Star Wars. My younger brother had a birthday in October of 1982. For this birthday, all his friends bought him this new toy line called G.I. Joe. He got a number of the same vehicles and figures. I didn't really like this stuff, but when you're 8 years old, you play with anything that everyone else is playing with. Of course, after using the Joe stuff for about 6 minutes, I was hooked. I got the RAM motorcycle and Breaker for my birthday in December and followed that with my own VAMP, MMS, and Snake Eyes figure at Christmas. I got a bit sidetracked with Return of the Jedi figures in early 1983, but quickly returned to Joe and have pretty much stayed there ever since.

The 1982 Clutch was my first custom job. I gave him a visor, Grunt's backpack, and Stalker's gun. While my brother played with his Grand Slams and Stalkers, I took the best figure and made him the ulitmate hero. It was the beginning of my Joe collection. My brother was none too happy that I took the coolest figure, but I was older and could do what I wanted. When I got my own VAMP that Christmas, my brother got his slightly used figure back. It was a practice for which I became notorious. I would let my brother get a figure I didn't really know if I wanted. I would then use that figure, wear it out and lose the accessories. If I liked the figure, I would then buy one for myself that I would keep nice. That way, I had a nice collection of complete figures while my brothers had junky figures. Since they would discard these guys, I would scoop them up and use them for customs. I then made the rule that a custom figure was mine, regardless of whose figure the parts were from. I still don't think they've ever caught on to this. Oh, well. All those figures are in Arizona now and they can't get them back.

The one you see here is my original. I don't know how he made it this far. I retired most of my straight arm figures once the swivel arm figures came out. I think that since Clutch mainly drove a vehicle, I kept him in my rotation. That's why this figure is beat. Still, he holds a high place in my collection. I still have my original VAMP, but I did replace the bottom with the one from the Stinger since I liked the control panel better. This Clutch still sits in his jeep, ready to go. I don't know what it was about the VAMP. That jeep took dozens of dives off the concrete stairs in front of my parents' house. It's still around. The newer vehicles seem to fall apart while they're sitting on a shelf. I'm still amazed by the quality of those early toys. Perhaps, toy makers today could learn a lesson. If you make a quality product, people will buy it.

The Clutch mold was used by Hasbro from 1982 through 1985. After that, Clutch was available as a mail away for many years. At some point in the early 1990s, the mold was sent to India and Funskool produced a Clutch as an exclusive vehicle driver. (The Funskool Clutch is one of the very few Funskool exclusives that was not available on a single card.) The Funksool Clutch is a fairly rare figure and it is very possible that there are still undiscovered Funskool Clutch variants out there. Clutch disappeared around the time that Funskool returned molds to Hasbro in 1997. It is possible that Hasbro got the mold back. Or, it could have been cannabalized in India. It's impossible to know at this point.

Clutch, like all of the straight arm figures, is expensive. He isn't too tough to find, but you will pay for him. Even the swivel arm version will cost a few dollars. He is, though, a must have for any collection. He was the one original figure whose personality really stood out. His filecard was memorable; a buddy of mine only had about five Joes in his life, but he can still recite, from memory, the bottom part of Clutch's filecard. This is why this figure remains to popular today. Many people remember him, and want to add them to their adult collections. He's not Snake Eyes, or Scarlett, but since he is an original mold that was not shared with other '82's, Clutch will always be one of the most popular early figures.

I'm looking for a swivel arm Clutch. I know they exist, I just haven't seen too many. If you have one available, let me know. 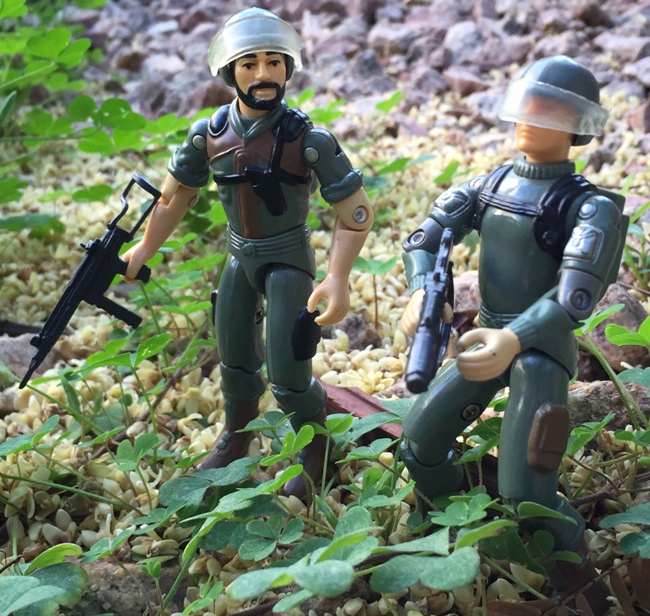 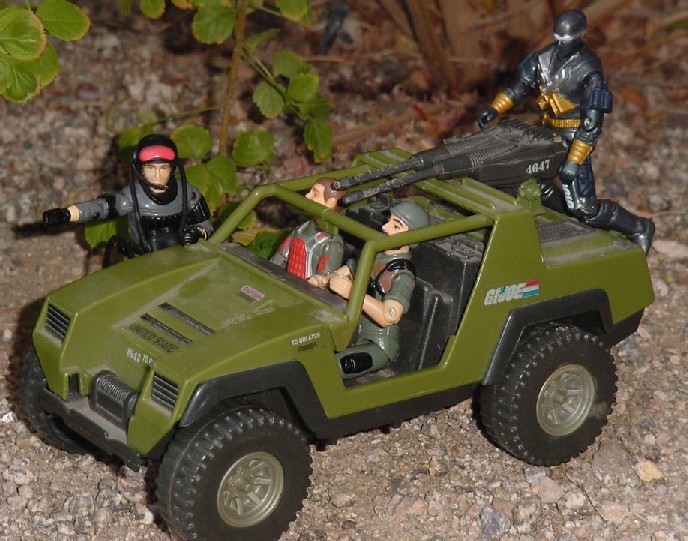