If anyone has been paying attention to this site, they would see that one of my goals has been to acquire a 1989 Aero Viper. From the first minute I saw this guy, I was fascinated by him. His color scheme, the cool goatee, and the general obscurity in which he languishes were all factors that contributed to my desire to own one. I immediately found a couple of them for sale, but stupidly tried to lowball them. I ended up not getting either of them. I then searched for nearly 8 months before I found another one for sale. This time, I made no mistake and bid high. As it turned out, there were two of them on sale at the same time. My final bid ended up being far less than I was willing to pay when I lowballed the originals way back when. The bottom line, though, was that I finally had the Aero Viper.

This figure is just awesome. I think it is the head hood and the goatee that make him for me. The color scheme seems wasted on a pilot and makes for a really cool figure. You will notice that I break from my normal tradition and have posted scans of the Aero Viper both sans and with helmet. With his helmet, the figure looks pretty good. Without the helmet, he still looks pretty good. I really have yet to decide if I will use him as a pilot. I have a feeling that he will join my ranks of Cobra Superior Officers that is made up of the '87 Worms and the '90 Decimator. This guy is just a figure that screams to be used in some important capacity. I may make him in charge of my Night Viper and Urban Death Squad legions. He seems to fit that sort of role.

It's kind of funny that had this figure been given a different helmet, we might have seen him in the Star Brigade line. That would have been the perfect death knell. Instead, collectors are treated to an obscure figure that is a lot of fun to own. The Condor was an awesome vehicle and many people had it when it was available retail. Still, though, this figure sees almost no press. Collectors seem to forget about him. Like many of the figures that were only available with rather expensive vehicles, the Aero Viper had a great mold, but never got any airtime. For this reason, though, he is a great figure to have around. He is not bounded by the constraints of a pre-determined characterization. Whether you use him as an army builder or a unique individual, the Aero Viper is an integral figure to be a part of your collection.

After the Aero Viper's original release, the mold was not dusted off again for a full 15 years. In 2004, the mold appeared as the head of the Dreadheads in the 2004 Convention set. This showed the Aero Viper mold was still out there and the fact that Hasbro never used it really shows a lack of understanding on their part about their mold inventory. The Aero Viper could have been recolored in various ways that would have put a high quality Cobra pilot into collector hands. Instead, we were treated to the same, tired Cobra molds over and over again. That was the frustrating part of the whole ARAH repaint era. There was so much that Hasbro could have done that they never even attempted. Instead, the line was quickly tired out with the same colors, characters and molds over and over again. As such, what should have been a great renaissance of the classic molds is left with a sullied legacy. With figures like the Aero Viper available, the worst part is that had Hasbro shown a bit more vision, it wouldn't have been that way.

After reading my diatribe, you probably get the idea that Aero Vipers are tough to find. To an extent, this is true. However, if you are interested in buying a Condor, you almost always get one. Not too many people, however, break them up from their vehicle. When you do find them, though, they aren't too expensive. They are no where near as costly as some of the other '89 Cobras. Like most of the figures I obsess over, I think I made it too hard to get this figure. He was available in many lots, but they always included about 20 figures I already had and of which I didn't want any more. Like the Headhunters figure, this guy was starting to frustrate me to no end. For some reason, many of the figures I was truly searching for became available around 1999 year end. I managed to pick off some big names, like this guy, Hardtop, Rampage, and the Viper Pilot but those cost me the chance at a couple of more I still need. We'll see what 2000 brings in terms of me finding the figures I am after.

The Aero Viper is a guy I would like to have more than one of. Some day, I'll spring for a complete Condor. Until then, if you can help build my Aero Viper army, Email me. 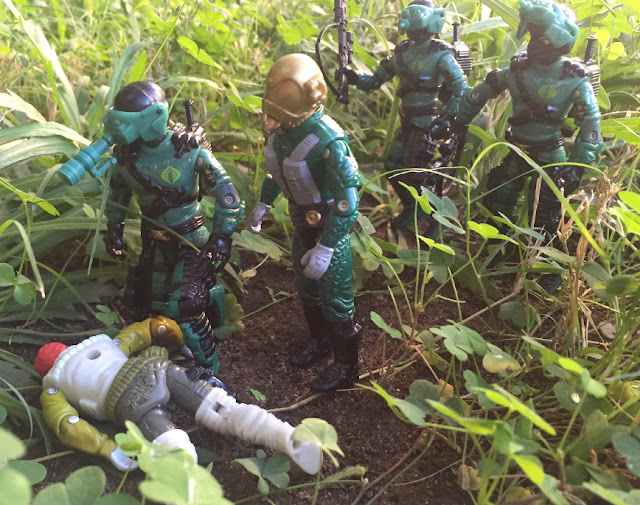 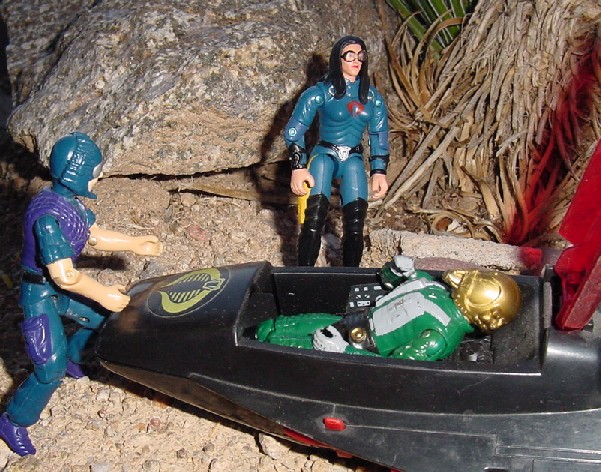 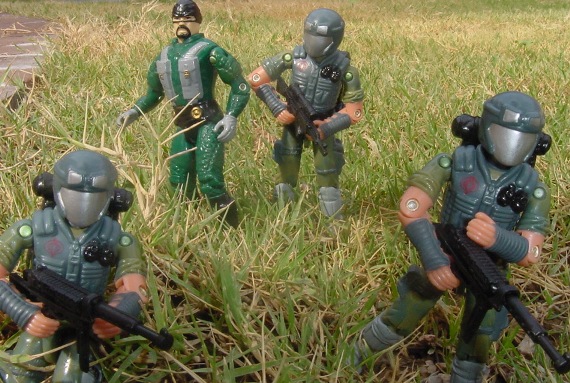 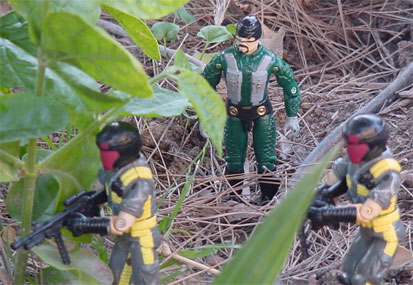