In December  of 1997 (my 24th birthday) I went to Toys "R" Us in an attempt to find new Star Wars figures. While there, I saw the Stars and Stripes set. My heart skipped a beat as I had heard nothing about any G.I. Joe rereleases. (At that time, I was focusing on Star Wars toys. Joe was kind of in the background.) I grabbed the Stars and Stripes set as fast as I could and headed home to open it. Once opened, the set was a major disappointment. The figure quality was terrible, and the new sculpts were very poor. There were, however, a couple of quiet gems in the set. Of these, Stalker was the best. (The Snake Eyes is a close second, but I have to give the nod to Stalker.)

I have always loved the Stalker figure. In 1985, I made my grandparents search the entire city of Dayton, Ohio for one. I finally found one in, of all places, a Kroger store. The flashback sequence from Vietnam in G.I. Joe 26 and 27 had sparked my interest. Once I had Frostbite's gun, I had all I needed to create an awesome Stalker. After I managed to track down the figure, he was one of the few early figures that remained in my heavy play rotation. In fact, it wasn't until years later, when I finally broke his thumb that he found retirement. I've yet to replace that figure, but this 1997 version is a more than ample substitute.

The original Stalker was an awesome figure. His cammo pattern and beret made him really stand out among the original Joes. He also had one of the best runs in the comic. Stalker's character was developed to the point where he could have gone out on his own. Really, the only other characters developed more than Stalker were Snake Eyes, Storm Shadow, Scarlett, and Cobra Commander. As this is the case, he is one of the most popular characters in the entire line. He is one of the few characters who transcended year and had multiple versions made of him to keep him in the collections of all generations of Joe fans. It really is a shame that G.I. Joe Special Missions wasn't around longer. I think it would have been an excellent showcase for characters like Stalker to have really showed their stuff. I always liked the deeper character development in Special Missions and wish that the series had stayed with the formula of the first few issues, rather than just being the showcase for the death of the Oktober Guard.

This figure is, in my opinion, an improvement over the original. While he doesn't have the green beret, that is easily remedied with a quick head swap from one of my many original Stalker heads. The improved cammo pattern and painted detailing just make this figure look awesome. He is the consummate soldier for all wilderness and other situations. Unlike the other '97's, I have no problem using this figure along with my figures from later years of the original run of the line. He fits in perfectly and doesn't look out of place like some of the other figures do. Despite the reputation of terrible quality plastic in the '97 figures, I have not had any problems. This figure has seen extensive use and hasn't had any problems with breakage, rubber bands, or stretching.

The Stalker mold saw use all over the world. The straight arm figure was released in Argentina, Brazil and Mexico. The swivel arm version was released in exclusive color schemes in Europe and India. Hasbro recovered the mold in 1997 and the produced several versions of the V1 Stalker over the next decade. For my money, though, this '97 figure is still the best. The comic pack Stalkers with the new heads simply don't do anything for me. The simplicity of this original release mold is enough to make the figure successful and preclude the need for the later versions. The deep color schemes overall look of this '97 figure is enough to make it the default Stalker in my collection.

Stalkers usually are pretty expensive. Original ones, that is. This version, since it was released so late, is very, very tough to find loose from the Stars and Stripes set. As he is also one of the highlights of the set, few collectors would be willing to part with him. This version is a much more fun version to have, even though a Green Beret now wears a black one. Many die hard collectors have never opened their Stars and Stripes sets. This is a shame. While most of the figures aren't really worth much, this is one that is particularly worthy of attention. I find myself using him in all sorts of situations. If you are lucky, you might still be able to find a beat up Stars and Stripes set in a clearance bin at a Toys "R" Us. If you do, this figure alone makes the set worth buying.

Not counting the quality of the plastic, what were your favorite figures of either '97 or '98? Email me. 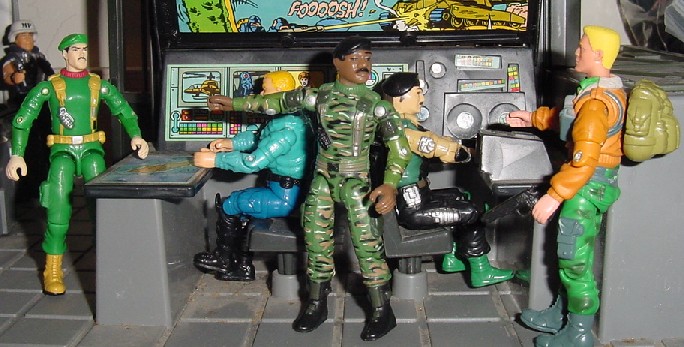 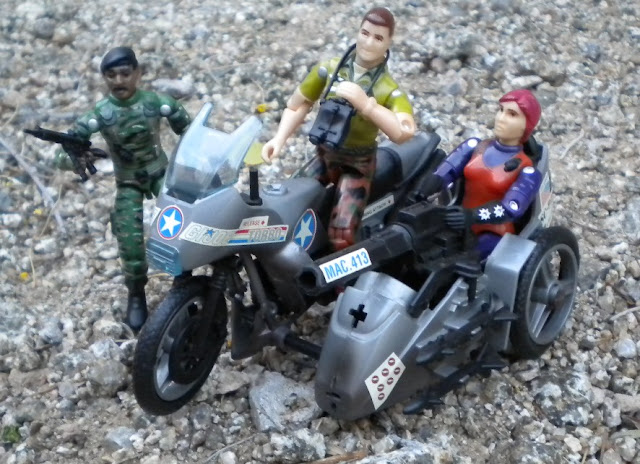 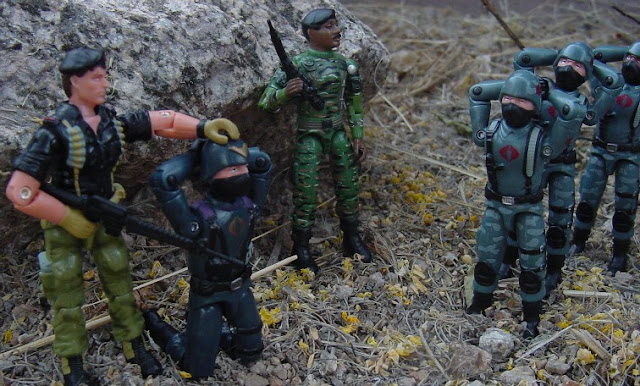 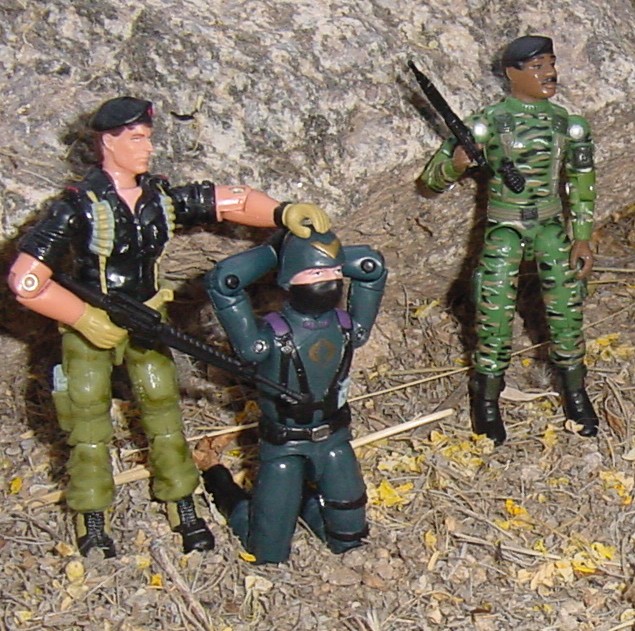 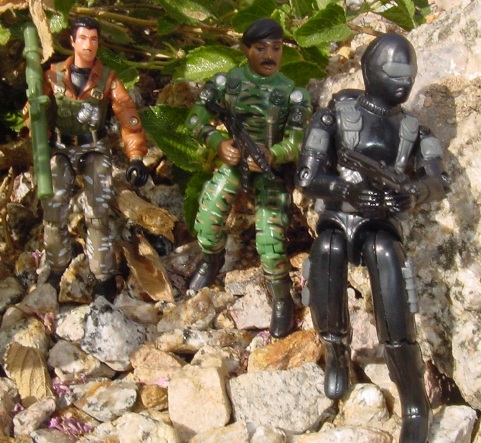 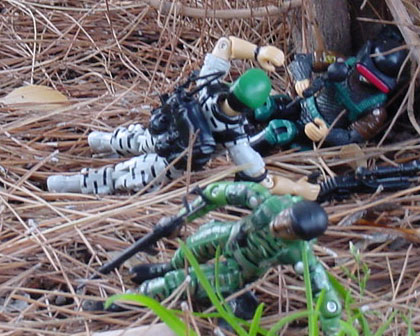