While the 1993 D.E.F. figures were very, very bad, the original 1992 figures were actually very good. While it's hard to pin one figure as the best, the 1992 Shockwave is a perfect example of a great fig redone very well. Regardless of your feelings about the G.I. Joe foray into the drug wars, the figures produced in this subset are of the highest quality and should be a part of just about every collection. They were all colored realistically, came with good accessories, and are fun figures to own. It's a shame that so many collectors disdain the D.E.F. without really paying attention to the figures. I find it sad that so many collectors hold the joes so close to their predetermined personalities and specialties. A little imagination is all it takes for figures like this to be an integral part of any story line.

This figure is just awesome. He looks like a member of the bomb squad. I've only recently acquired this figure, but from the first moment I put him together, he went into my heavy play rotation. There is always a use for this guy, be it security, guard, bomb squad, or military E.O.D. He is a great figure of which to have multiples. Like most of the Joes I feature here, this guy can make an excellent army builder. I like figures like this as you can have them get killed by Cobra, or whatever other enemy you have. The faceless minions of law enforcement would be the first wave of contact if Cobra was into domestic terrorism. This figure makes this type of scenario much more fun to enact.

This figure is excellently sculpted, and has a realistic color scheme. The basic blue and black is very close to uniforms that would be worn by American police departments. I love the flak vest and kneepads. Small features like this that added to the figures' realism often go unnoticed, but they are what made the Joe line so enduring. Even without his helmet, this guy is just a solid figure. The helmet, though, makes him incredibly unique. His gun is very cool, but the battering ram he came with really sucks. All the flash up accessories that I've seen were very lame. I would, though, like to get my hands on Cutter's net launcher. That has some potential.

Since this original profile, Hasbro has graced collectors with 2 new releases of this Shockwave mold. The first, in 2001, was similar in color to this figure, but had a new head and was released as Sure Fire. That figure was also released without the trademark helmet that makes this Shockwave so cool. In 2002, Hasbro recolored the entire Shockwave mold in green and brown and again released it as Sure Fire. This figure is a great companion to the '92 figure but it, again, was missing the accessories that made the original so memorable. At this point, Hasbro has had enough opportunities to release the figure as Shockwave with the original accessories that they would have done so had they any intention of ever doing so. Still, it was nice to see the mold reappear as it allowed the mold to be better appreciated by collectors that had bypassed the original release of the figure.

1992 Shockwaves are kind of difficult to find. I think the D.E.F. was cancelled due to low sales. The amazing lack of loose samples of all the D.E.F. figures seems to say this was the case. You can find Headhunters carded, but that's about it. Most people have a couple of these figures, but few have them all. I think Hasbro included the light up accessory in order to raise the price point. Why would anyone buy a figure for a dollar or more extra when similar, cheaper figures are sitting right next to it? I'm no business major, but adding gimmicks to raise the price doesn't seem like a particularly good idea, especially if the cheaper alternative is still being produced. Just look at all the Star Wars merchandise, with the overpriced and really horrible commtech chips, that is clogging the shelves. Every now and then you can pick this guy up in lots. He can, though, become expensive if you manage to find him by himself. Like most of the '92 D.E.F. figures, Shockwave doesn't appear too often, and when he does, many people are after him. Still, if you can find him, this figure is an excellent addition to any collection.

I'm still looking for most of the rest of the 1992 D.E.F. Especially Headhunters. Can you help? Email me. 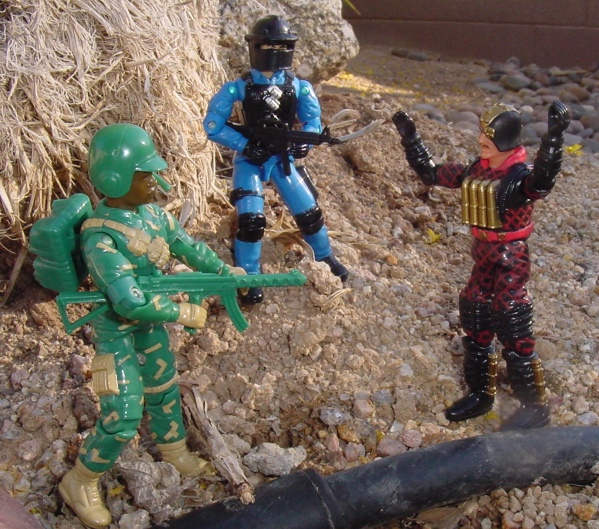 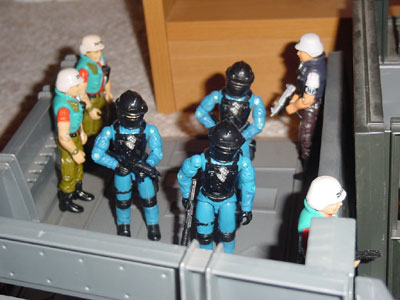 Posted by Robot_Sonic at 5:07 PM
Email ThisBlogThis!Share to TwitterShare to FacebookShare to Pinterest
Labels: 1992, DEF, Shockwave