In the spring of 1987, I got a Zanzibar figure. That same day, I saw that the store also had the new Cobra Sea Rays. Later that day, I got my dad to take me back to the store and I bought one. In doing this, I managed to skip out on some lame 7th grade dance to which I was supposed to go. When I got the Sea Ray home, the figure that came with it fascinated me. I liked the Sea Slug. I don't know what it was about him. Maybe it was the light purple color with the yellow highlight. Maybe it was the futuristic look. Whatever it was, I had to use him.

Rather than use him as a deep sea driver, though, I made the Sea Slug a new character that was trying to ally himself properly so he could take over Cobra. (This was before the Cobra civil war in the comic took place, but the rift between Cobra Commander and Destro was evident. Plus there was the whole Serpentor thing.) I made him more of a conniving, backstabbing character; the kind of person you would expect to find in Cobra. As such, the Sea Slug vaulted high onto my playlist. He went on every mission and was often responsible for leading a faction of Cobra troops into battle. Later, I made him more of a coward who worked through political affiliations to gain power. Either way, he became one of my more popular figures.

I don't think Sea Slugs ever appeared in the comic or cartoon. He is as basic a character as you can have. His vehicle, while nice looking, is a moronic concept. (A flying submarine that can switch modes instantly.) As such, this guy gets no recognition at all. Most collectors have him, few like him. His colors aren't the best and he looks a bit out of place when lined up with any figures that aren't from the Star Brigade line. Still, there is a nice look to him. I've always wanted to replace his arms and head and use the rest of his body for some type of custom diver. His filecard made him out to be a badass, but so did all the other Cobra filecards. (Larry Hama, the creator of many of the Joes characters, has since revealed that Hasbro execs really liked the villain figures to always be the "best" or "baddest" or "meanest" or something. Apparently they thought it would help sell the bad guys. Never mind that the concept of Cobra really sold itself.)

Sea Slugs are a weird animal. You never see them for sale as individual figures, but they do appear in many, many lots. Collectors never talk about them, though, and they are considered rather common. You can pick complete ones up for almost nothing. Most people wouldn't even be able to tell you much about this figure except that he is pilot of the Sea Ray. I really don't even know if I like this figure all that much. What I like is the character I created for him. I remain fond of this figure for that nostalgic reason. Had this guy not had a new personality made for him, I think he would have disappeared out of my collection. I always had the Gyro Viper fly the Sea Ray as he looked better in it and the Mamba was a vehicle that was a lot more fun to look at that it was to play with. This is just one of those guys that shows a little imagination can go a long ways. email me

I really don't want any more Sea Slugs so I don't know what to write here. If you think of something witty, or have used him for a cool custom, share it. 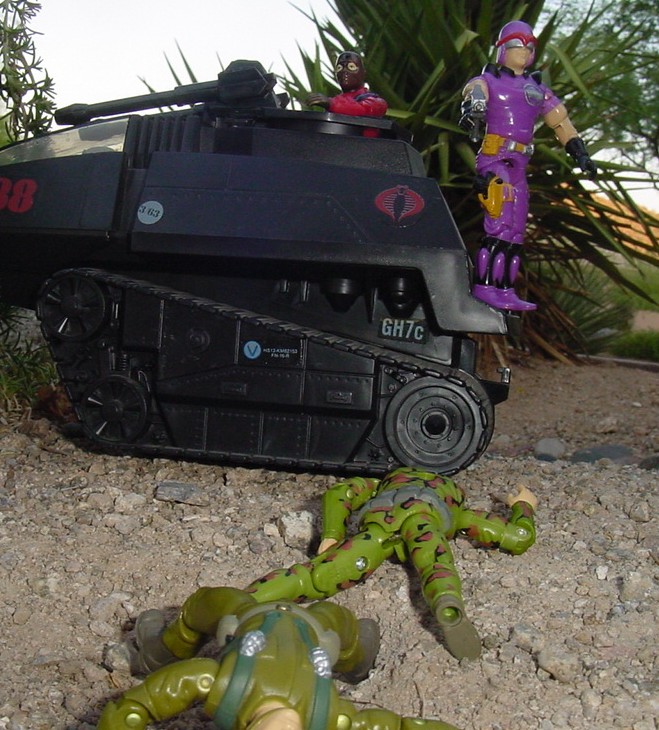 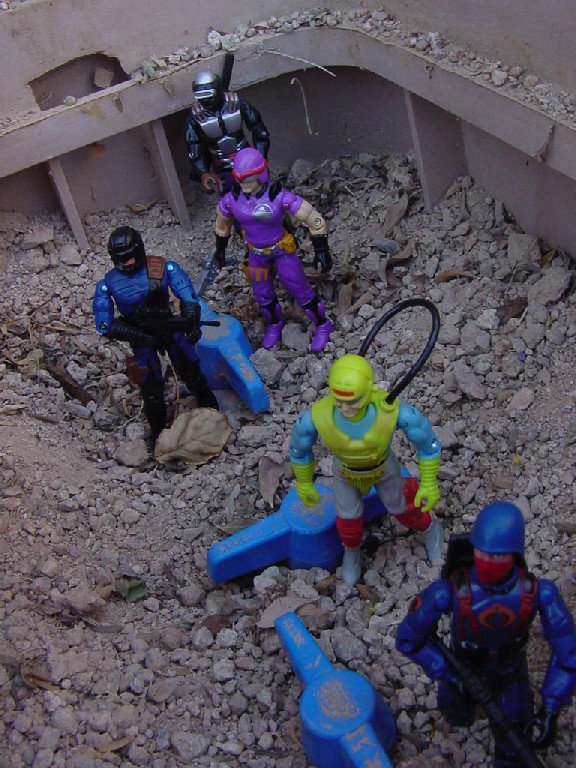