The European Tiger Force exclusives are likely the most well known of the international exclusive figures.  In the early days of Joe collecting, European collectors happily traded away tons of Euro Tiger Force figures to complete their collections with the American exclusive offerings.  As time progressed, though, the scarcity of these figures manifested itself and prices started to rise.  As more and more collectors completed their American collections, they found foreign exclusives to be the next logical place to expand their collections.  The result was a boom in popularity for these European Tiger Force figures.  As a set, they are interesting, if not useful.  Outback is outstandingly distinctive while Hit and Run features the only Hasbro produced version of the mold with a flesh colored face.  The Tiger Force Blizzard is a continuation of the distinctive trend.  The yellow and orange figure is just so visually striking that collectors forgive the fact that a yellow arctic trooper doesn't make a lot of sense.

As a figure, the Tiger Force Blizzard is simply amazing.  The rich yellow and contrasting orange are perfectly offset by the black and brown highlights.  There is no way to miss this figure in any display or photo.  But, that leaves the question of what do you do with an arctic figure whose coloring no longer matches his specialty?

You can use this figure on the Tiger Cat.  But, that's a pretty limited use for a figure like this.  Really, I can't think of any legitimate uses for him at all.  Really, the only reason he should show up in a photo is because he looks cool and you want to show off the fact that you own one.  Beyond that, it is hard to find a good fit for this Blizzard.  His color is a good match for the European Action Force SAS vehicles.  You can see from the photo below that he blends well with the Panther jeep.  So, that is another alternative use for this figure that actually fits with his European background.

Blizzard includes the same accessories as the American figure.  His pack, skis, shoes and handles are identical to the US version.  His uzi, pistol and helmet, though, are all uniquely colored in bright yellow plastic.  It should be noted that the Brazilian Dr. Mindbender includes the same pistol and uzi in colors that are nearly identical to the Tiger Force Blizzard.  But, these are made of Brazilian plastic and you can tell the difference when you hold each.  (This was more of an issue in the days when the Brazilian figure sat unsold all over the Internet for $15.  But, he has gotten as hard to find as the TF Blizzard so someone pulling a switch makes less sense that it did a few years ago.)  These accessories make or break the figure.  Individually, the weapons and helmet have sold for over $50 each to collectors desperate to complete their figures.  They are perfect matches for the figure and really are necessary to complete the overall look.

Tiger Force is one of the more popular subsets among collectors.  With unique members released in Europe and Brazil, it is also a set that gives collectors some difficulty in completing.  (You could also argue that a Tiger Force Lifeline was released in India and many collectors consider the Chinese Flint to be a Tiger Force figure as well.  So, there's even more for collectors to track down.)  Really, the source of the popularity is difficult to pinpoint.  The figures, for the most part, are not significantly better than the original use of the molds.  Tiger Force never played a major part in the cartoon or comic.  And, the colors tend to be somewhat bright and non military.  For most subsets, those facts would be a death knell.  But, Tiger Force enjoys modern collecting support.  It's like a combination of the excellent choice of characters combined with the fact that the subset has a tremendous visual appeal.  Adding the European figures to the mix only enhances that.

The Blizzard mold got some good use...even if it wasn't in great variety.  The figure was released in the US and Europe.  This Tiger Force version was also released in Brazil.  In Brazil, the mold was released as Nevasca who was colored similar to the US figure, but was released as a Cobra.  (Only his filecard says this, though, and the figure has no Cobra markings.)  In 1995, the mold was used for the Arctic Assault Guile figure.  The coloring was similar to the US figure, but with a new head.  Then, 10 years later, Hasbro dropped the mold into the Winter Operations Toys R Us exclusive figure set.  This figure lacked most of the original's accessories and was colored in a light brown.  I think Hasbro could have done something different with the mold and released a Tundra or arctic forest camo figure.  But, that never happened.  But, fans of the mold do have a nice variety of figures to track down, even if they are mostly the same.

The Tiger Force Blizzard figure is expensive.  Typically, he is the priciest of all the European Exclusive Tiger Force figures.  Since he tends to have paint wear, has hard to find unique accessories and is just so bizarre, collectors have long flocked to him.  For a time, this figure hovered around the $300 mark for a mint and complete version.  By 2011/2012, though, the figure was selling in the $150-$175 range.  That still puts him in the top 1% of all Joes in terms of price.  But, this is a figure who is probably worth having, even at those higher prices.  He is hard to find and he is unlike any other figure in the line.  He's not the most useful figure in the Joe world, but he is something that is visually striking and he brings some depth to any collection. 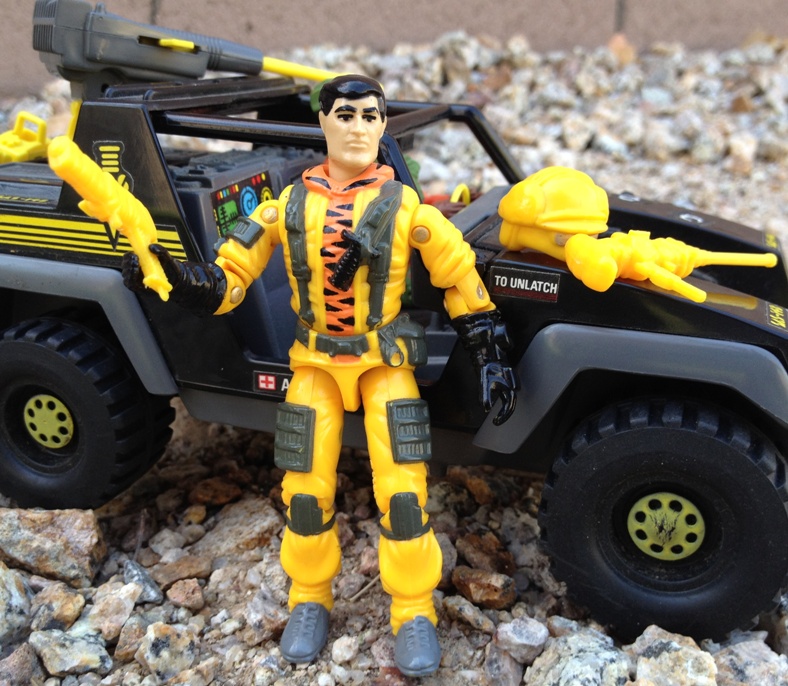 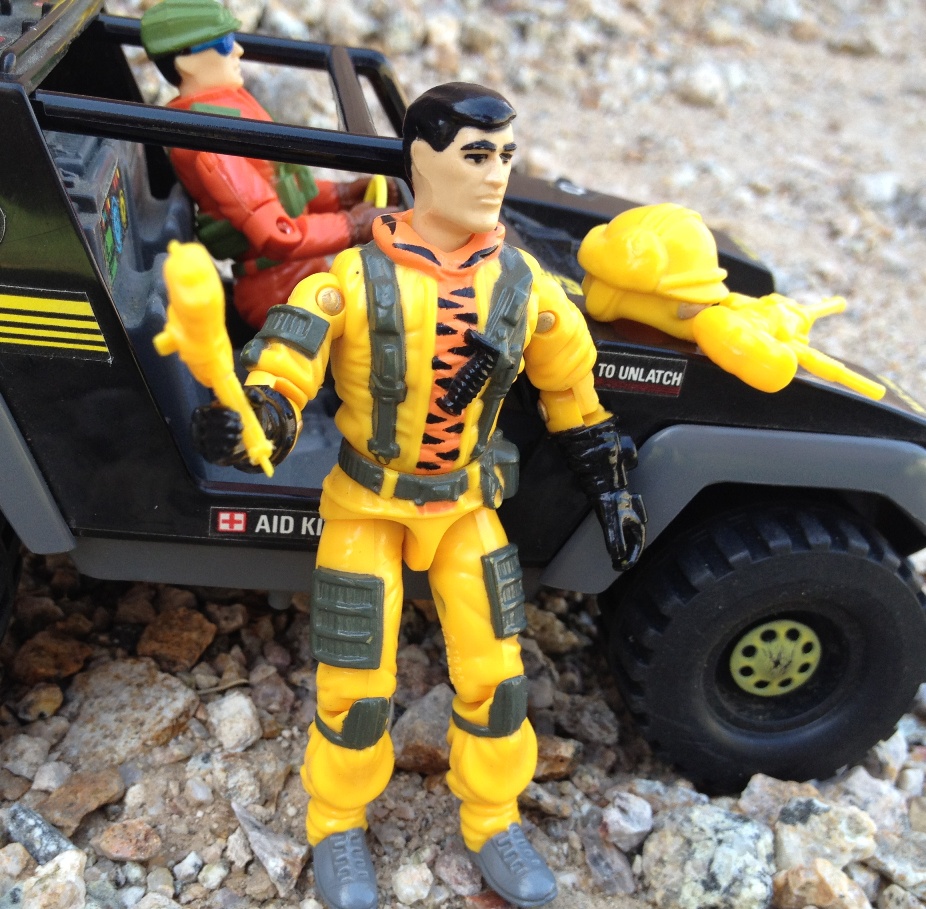