What happens when you take a less popular figure mold that was done in less than stellar colors on its initial release and re-imagine it as a retailer exclusive, only in a much better color scheme? The answer is you get the 1988 Night Force lineup. But, really, you get the Night Force Sneek Peek figure.

In late 1988, my youngest brother acquired a set of Night Force figures. It was the Sneek Peek/Lt. Falcon pack. I thought the figure colors were well done and were a great way to get new versions of the characters. In very short order, my brother lost the Falcon figure. To this day, I have the figure's arms and accessories, but nothing else with no trace of where the other parts disappeared to. The Sneek Peek, though, stuck around and found its way into a box full of less popular figures that I had left behind when I stashed my best figures in a box in my closet in early 1988. About a decade later, when I first returned to Joe collecting, this Sneek Peek became a highly used figure.

I've often written about how I liked to have Joe army builders as a foil to the masses of Cobra troopers. The nameless good guys were ways to have Cobra rack up a body count without sacrificing any major characters. Through the years, certain figures have simply become Joe army builders. In the case of Sneek Peek, it was simply a function of the fact that I had two original Sneek Peek figures and one Night Force version at a time when I had less than 50 total figures available to me. As such, Sneek Peek became a nameless officer, often very high ranking, who would lead other, faceless troops against Cobra. The red and grey version was the "base" uniform which these officers wore when indoors. The Night Force version was the "combat" uniform.

In this capacity, the Sneek Peek figures saw great use. As my collection grew, the figures retained their lofty status as officers in the Joe ranks and would often even command Joes in certain situations. From time to time, Sneek Peeks would show up as part of security force and as prisoner guards. But, those were less common uses. Still, the Night Force Sneek Peek figure has remained relatively important to me and was one of the figures to survive my purge of superfluous versions in the late 2000's. I had too much of a nostalgic connection to both the original and Night Force version to simply let either one go.

This version of Sneek Peek is well colored. The charcoal undershirt with the black armor plates is a substantial upgrade from the grey and red original. The green pants are a nice visual contrast with the darker upper body. But, they still work in the Night Force context. The figure's red goggles suggest some sort of 1980's era night vision technology while giving the helmet a bit of color. The overall ensemble is both eye-pleasing and useful. The figure blends with most of the early Joe vehicles and works as both a stand alone trooper or are as part of a larger unit. He fits with the other Night Force figures, but the coloring is no specific, like the 2004 Night Force, that it looks out of place on it's own.

Sneek Peek's accessories are well done. Basically, the Night Force figure includes the same group of accessories as the original figure. The only difference is that the telescope and its parts are all black in lieu of green. But, the original M-16 (that originally came with Footloose), microphone, radio and binoculars match this figure that much better than they do the red and grey original. The overall complement is a solid rendering for the character that fits with his specialty but still gives him versatility to also be an infantry trooper.

The Sneek Peek mold got a good amount of use. After the 2 releases in the US, the mold was used by Hasbro for release in Europe as the European exclusive Tiger Force Sneek Peek. From there, the mold went to Brazil. There, Sneek Peek's mold was used to create various Forca Eco and Patrulha Do Ar figures. After that, the mold disappeared and was likely "lost". While the vintage releases of Sneek Peek gave American collectors two solid figures and the foreign releases brought the character into some additional subsets, the mold still had potential. Hasbro could have redone him in some new interpretations and produced a solid figure. But, in the grand scheme of things, for a character as unimportant as Sneek Peek, he likely has enough figures to keep everyone happy.

As Sneek Peek figures go, this version is tougher to find and more expensive than the V1. He is, though, cheaper than the Euro Tiger Force version. As Night Force figures go, though, Sneek Peek is the second cheapest behind Psyche Out. Sneek Peek is just a character that few collectors care about. So, there really is no demand for this figure, even though he had a tough to find accessory in the microphone. Mint and complete Night Force Sneek Peeks tend to sell for around $25 or so. Versions with the filecard might get a bit more, but patient buyers can get them for pretty fair prices when you consider the premiums that the more prominent characters in the Night Force series can command. That's probably more than a character like Sneek Peek is worth. But, this is the character's best version and the Night Force coloring open a lot more avenues for use of the figure. So, while he may cost more, if I was only going to have one version of Sneek Peek, this would be it. 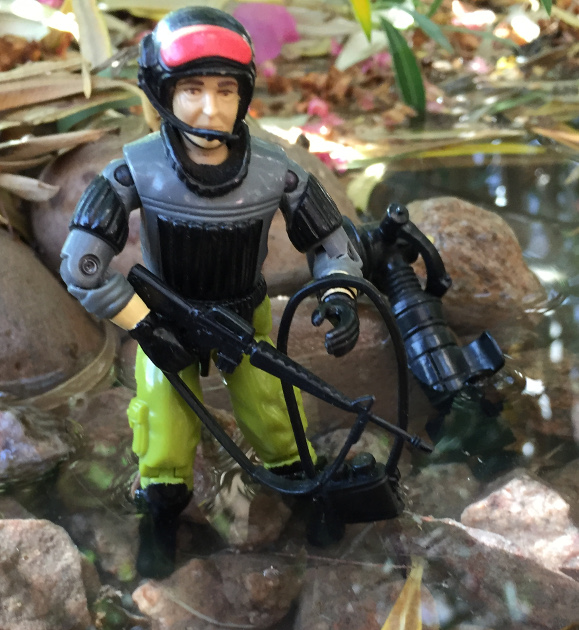 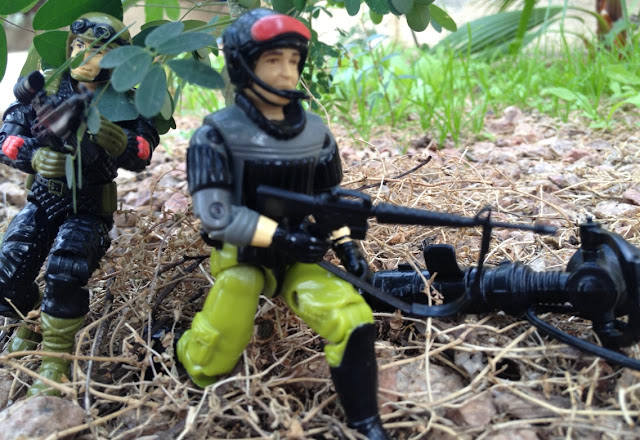 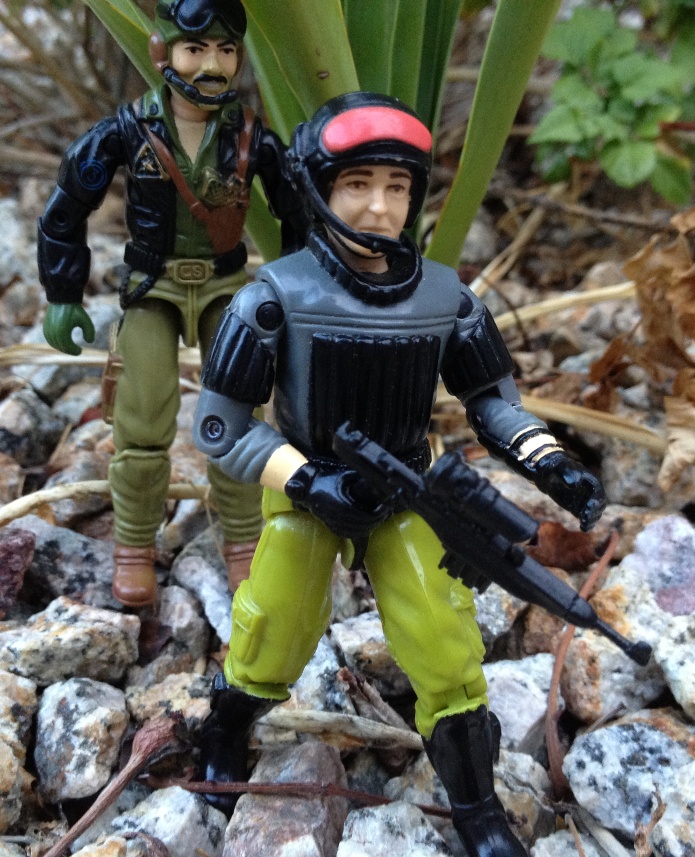