It is no secret that the figures made by Master Collector far exceeded the quality of many figures released for mass retail consumption. It is also no secret that the release of the Operation Flaming Moth sets was bungled to such a degree by Master Collector that to this day, they can not be brought up without memories of the fiasco being riled up. Once you get beyond the political snafu of the sets' release, you can spend time looking at the figures themselves. While the 8 figures in the set were high quality with lots of accessories and intricate paint masks, the reality is that the figure and mold choices were somewhat bland and left collectors really wanting more. One figure in the group, though, really stood out as the way to do a repaint right. The Shipwreck figure used a tired body mold and a new head in an updated color scheme to create a figure that meshes perfectly with vintage Joes without stealing too much from the character's body on which he is based. The result was a new way to use Shipwreck and a more combat ready look for one of the line's most iconic secondary characters.

One of the sad things about this figure is that his body is perfect as a base for a lazy bastard custom of pretty much any 1982 - 1984 Joe as a crew member of the USS Flagg. The more military coloring allows for great use as the basis for generic crewmen or alternate looks for Joes. But, being a limited release, high cost figure, it was very difficult for collectors to take advantage of the feature. As such, the perfect look for a cheap crewman is actually a very expensive, limited production figure that was not available at mass retail. Had this figure been in a Toy R Us 6 figure pack, it would likely be prized by collectors today for the easy potential the mold would bring to any display of a USS Flagg. The high cost doesn't prohibit this figure from still being prominent on Flaggs. It just means that the body only appears as Shipwreck rather than a more diverse group of characters.

Where I find the value in this Shipwreck, though, is that he finally gets away from the Village People motif that dogs the vintage figure. This is a more combat ready version of the character, but is still true to Shipwreck's roots. In that way, I see this figure as an upgrade. (Your mileage may vary depending upon how much you like the original figure....) This is very much a way that a classic figure can be upgraded without taking away from the original. This figure is a Shipwreck that can be in the cockpit of the Whale, right next to Cutter, without seeming too similar.

Like all Master Collector figures, this Shipwreck is well detailed and painted. But, side from an intricate new tattoo paint mask, the figure really isn't that spectacular. There are some golden highlights. But, in general, the figure doesn't offer masks that much more intricate from the 2001 Cutter. In a lot of ways, that's disappointing. There isn't a whole lot that could be done to this figure, but it would have been nice for some attempt to be made to justify the higher price point. It's likely that the budget for this figure was consumed by the new head and the new Polly. So, the paint masks took a bit of a hit. But, the overall colors and look of the figure work very well. So, the lower paint masks allow for a figure that is still very useful.

Shipwreck's accessories are decent, but not spectacular. The hallmark of the vintage figure was the pirate themed gun and the rope with anchors. It was a memorable subset of gear that enhanced Shipwreck's character. This figure includes a knife as well as a new sculpt machine gun. The weapon is one of the last new sculpt accessories, so it is of more than decent quality and works well with the figure. The real calling card for this figure is the new, re sculpted Polly. Master Collector had a new Polly made up for this figure. It is neat and works well for Polly. But, even as a kid, I had no use for the bird. So, while I can see some collectors enjoying this vintage homage, it really does nothing for me and I would have preferred a figure for $2 cheaper with no Polly than for this to be the accessory Master Collector chose to remake.

The Shipwreck mold was used by Hasbro in 1985 and 1986. In the early 1990's, it was sent to Brazil where Estrela used it to produce the Tiger Force Shipwreck (or Marujo) figure. After that, Shipwreck was one of the first figures Funskool produced in the mid 1990s. He enjoyed a good life there but the mold disappeared in the late 1990's. It is not known if Hasbro reacquired it along with the rest of the figures it recalled in 1997 and then found the mold unusable or, if Funskool simply retired the mold and it is still rotting in a Mumbai warehouse. But, since the vintage mold had gone missing, Master Collector had a new head sculpted. Rather than the normal ball head, though, this one was the swivel head that was designed for use with bodies from 1982 through 1984. It is based on the original Shipwreck look. But, it is a newly sculpted piece. The Cutter body on which the head is perched was used in 1984 and then available as a mail in for many years. Hasbro released it again in 2001, but didn't really bother to make it much different than the vintage mold. Seeing the body in better colors and the new head creates a figure that is much more new than his parts would suggest and would have been a much better use of Hasbro's resources during the 2000's than much of what was released.

Despite these figures being released 8 years ago in very limited quantities, they remain both very available and very cheap on the second hand market. The Flaming Moth sets were, largely, a failure. And, Master Collector ended up liquidating many of them at conventions and online to finally clear their inventory. Today, boxed sets including both Shipwreck and Chuckles can be purchased for $18-$20. Of the two figures, Shipwreck is clearly the more popular. While Chuckles figures can be had for as low as $5, Shipwrecks tend to run in the $9 to $12 range. That's still a bit much to army build them for customs. But, is rather cheap when you consider the quality of the figure and the low production numbers. (It's also a LOT less than this figure would have cost you to buy new.) I feel it's a just fate for these figures, though, since they were created in a way that was so anti-collector to begin with. But, it is nice that a figure that meshes with vintage and repaint era Joes remains relatively cheap. If only that could be said of all the figure's of Shipwreck's quality that were released in the 2000's. 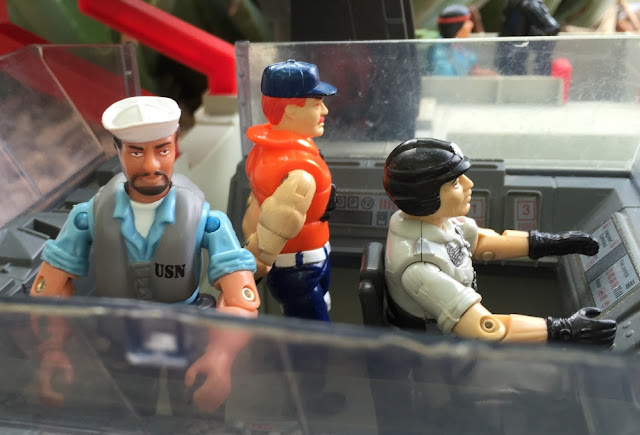 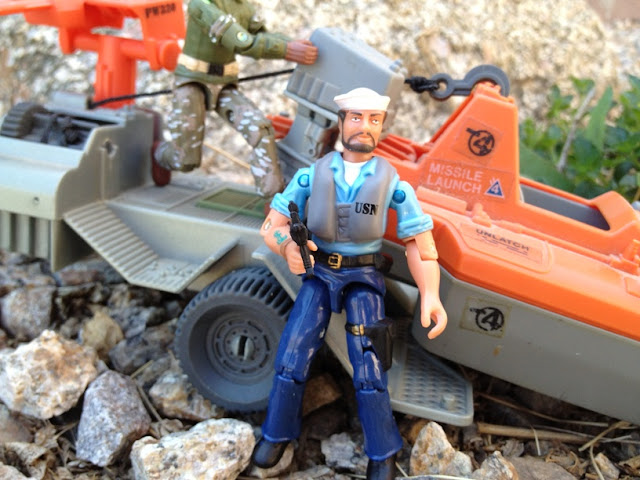 Posted by Robot_Sonic at 10:52 AM
Email ThisBlogThis!Share to TwitterShare to FacebookShare to Pinterest
Labels: 2006, Operation Flaming Moth, Shipwreck