In late 2000, I was scanning some online Joe auctions when something odd caught my eye. For a buy it now price of only $10.00, a seller was offering carded versions of Destro, Grunt and Cover Girl from Argentina. I figured that I'd never get a chance to buy a carded 1983 style Destro for under $10.00 and the Sokerk and Sparta figures were different enough that they warranted a purchase. So, I clicked the button and added the first three Plastirama figures to my collection. I kept these figures carded as I had no real incentive to open them. In time, as my interest in foreign Joes increased, I was able to track down cheap, loose versions of the same figures to fill out my collection. As a loose figure, the Argentine Destro doesn't offer much beyond what you can easily get from the American figure. But, sometimes, that's the great joy of collecting international Joe's.

This Destro is, basically, the American figure. The main construction difference is that the figure uses the waist from Doc rather than the original Destro waist. Other than that, the molds are the same and the look is very similar. The Argentine plastic and paint masks are much lower quality than those of Hasbro produced figures. There are no major color deviations beyond the differences between the paint used in Argentina and that used in China. One difference is that this figure's name is Fuera De La Ley, or Outlaw. It is an interesting name and works for the Destro character. I have always figured that an international arms dealer would adopt different nom de plumes in the various nations where he conducted business. Destro would be no exception.

For me, Destro has always been the linchpin in Cobra's international expansion. He came to Cobra due to their vast financial resources. But, his ownership of MARS meant that he also dealt with evil organizations elsewhere in the world. As such, Destro would go by different names in different locales. His basic look would be the same with his chrome mask. But, he might be known as Red Jackal in Europe or Outlaw in South America. It was a subtle difference, but enough that it would have confused many intelligence agencies in the late 1970's and early 1980's since photos would have been scarce and the names would have constantly changed. It would also allow Destro to continue his arms business for clients other than Cobra. Sure, Cobra was a huge buyer. But, it's never smart business to put all your eggs in one basket. So, Destro could be Cobra aligned under the Destro name. But, could maintain identities in other nations that were less tied to Cobra and allowed MARS to remain free from complete Cobra control.

Destro's accessories are the same as the American figure's. They are created from the same molds. The difference, though, is in the quality. The Plastirama figure's accessories are very poorly constructed. Destro's pistol barely fits into his hand. The barrel of the weapon is paper thin and often damaged right out of the package. The folding and closing weapons case backpack is loose and flimsy. It feels as if the pack could break at any moment. The flimsy construction diminishes the overall figure since they are so poor. The give the figure even more of a bootleg type feel rather than being a fully licensed Joe product. Of all the Plastirama accessories I've had over the years, Destro's really stand out as an anomaly. While the other Argentine weapons are not up to Hasbro quality, they are in the vicinity and are not overly noticeable. Destro's gear is a departure from that and should not be taken a representation of the overall Plastirama accessory quality.

The Destro mold was used quite a few times through the years. But, it never really deviated from the basic concept of the Destro character. The mold first showed up in Europe where Palitoy released it as the excellent Red Jackal figure. While this figure has some solid differences from Destro (notably the white undershirt and Red Shadows skull and crossbones logo) the basic color palette and appearance are the same. It's a great figure in it's own right. But, it is still so close to the American Destro that it would be difficult to use the figures as different characters. From there, the mold went to South America. There, Destro was released both by Estrela in Brazil and for this figure by Plastirama in Argentina. Both figures are, basically, homages to the original version. As such, there was much that could have been done with the Destro mold. Many collectors would have liked to see this Destro mold released in Iron Grenadier colors. Others would have loved to see the figure in more of a Cobra blue motif. But, alas, that was not to be. After the South American releases, Destro's mold disappeared.

For a time in the 2000's, this figure was criminally cheap. Carded and loose figures could easily be purchased for under $5.00 each. Slowly, though, the collecting market has absorbed most of the Plastirama overstock, including the less popular figures like Destro, Ripcord and Sgt. Slaughter. When you can find the figures offered at auction, you can still get carded Destros in the $10-$15 range. But, many dealers will always sell you one for two to three times that if you are too impatient to wait for market pricing. At $10, this figure is a good buy. Getting a classic look Destro with his vintage card art is not easy to do for prices like that. But, the figure still has quality issues. So, spending much more than that tends to leave you feeling taken as the figure's quality just isn't there to justify a $30 price tag. Personally, the value of this figure is in the fact that it's a slightly different take on Destro that allows me to use the character with some diversity. But, considering you can get a high quality, loose, American Destro for around the price of a carded Plastirama version, if you only want the character, go with the Hasbro figure. 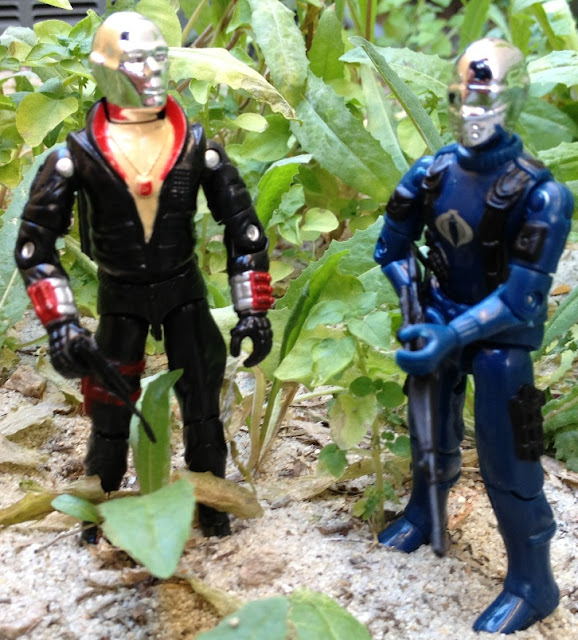 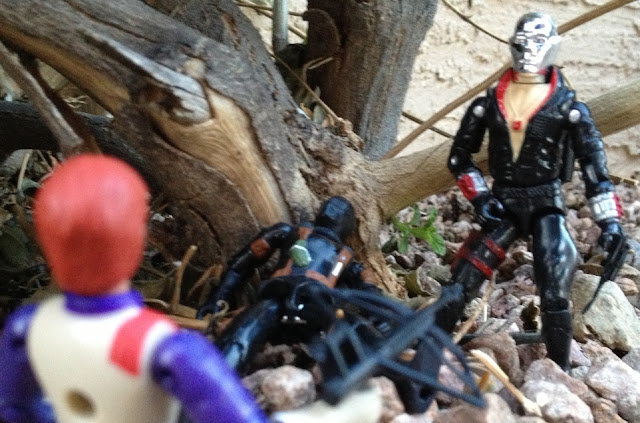 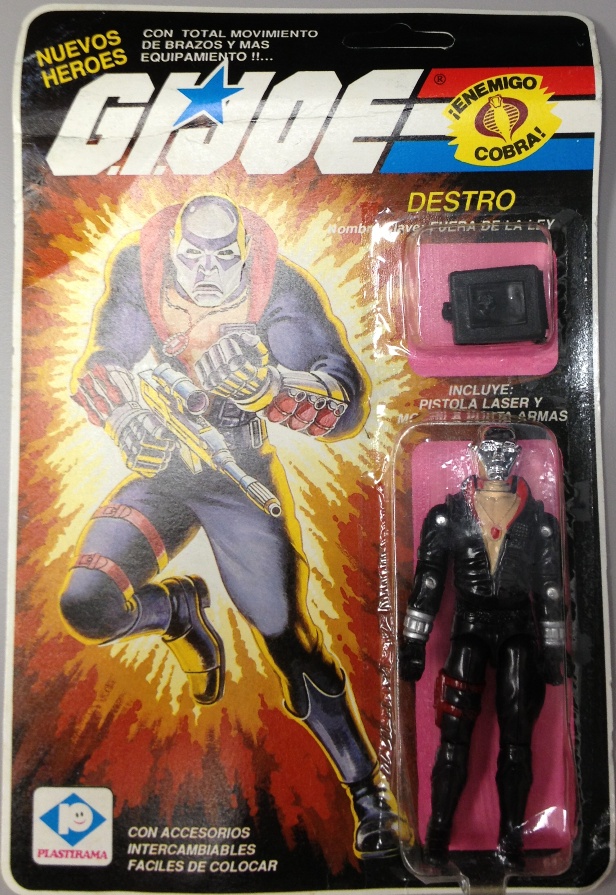