Slaughter's Marauders as a subset is appreciated by collectors. But, in general, it doesn't get the respect similar to Tiger Force due to the fact that the colors aren't quite perfect and the U.S. releases of the figures are more brittle and prone to breakage since they were actually manufactured in Brazil. As such, it remains a subset that is rarely seen and is often overlooked by collectors when building displays or dioramas. (That is less true of the vehicles. But, the rarity and price of the vehicles is often prohibitive as well.)

In the cartoon, the Slaughter's Marauders figures appeared in different, and better, colors. If you look online, there are many customs of the figures showcasing what could have been. Despite the en potentia improvements, though, the general color palette for the Marauders was fairly decent. The greens, dark blues and browns created a, generally, solid group of figures. Unfortunately, the main difference for this Low-Light figure is that the bright green is even brighter than that of the American figure. So, the value of the color scheme is lessened since this figure is brighter than his other incarnations.

What the figure loses due to brightness, though, it makes up in construction quality. The reason for this is that the European exclusive Low Light was actually produced by Hasbro in Asian factories rather than by Estrela in Brazil. This Low Light is of the same quality as vintage American figures and doesn't have the issues with thumb breakage that are so common for Estrela made Slaughter's Marauders figures. The figure also has a Made in China stamp that was absent from the Brazilian made version. SO, there are three major differences between this figure and the one available in the US. They are subtle and probably not important enough to make this figure a must have, but they are there as differentiation between the versions.

Following the pattern of mold released for the vintage Joe line can be frustrating. In many cases, the trail runs cold once a mold appeared in South America. However, it does appear that Hasbro re-acquired most, if not all, of the Slaughter's Marauders molds after they were given to Estrela. Mutt and Spirit both appeared in the Marauders, but then also appeared as European exclusives right around the same time as this Low Light. Both Sgt. Slaughter and BBQ later appeared in India where Funskool released them for many years. (It is likely that they passed to India via Hasbro rather than Estrela, so Hasbro had those molds in their possession, at least for a short time.) The one missing link is poor Footloose. The figure that could so have excelled as a repaint was the one that never appeared again. Maybe it went to India. Maybe it was used by Hasbro Europe and was lost by them. Maybe it died in Brazil. But, the entire line of molds from this subset has one of the more interesting timelines in all of vintage Joedom.

This figure is not easy, but also not hard to find. He is easier to track down than the European exclusive Tiger Force and Spirit and Mutt repaints. But, that is mostly due to demand rather than actual production numbers. This is a variant of which many collectors are not aware. So, you don't see the demand or pricing of the other, more popular European exclusives. However, the figure is still more pricey than some of the other, more obscure European variants. Mint and complete, this figure tends to run in the $25 - $40 range. Really, the improved plastic quality isn't really an offset to the brighter colors. So, the American release of the Slaughter's Marauders Low-Light is probably still a better buy. But, this is an interesting variant that can bring some diversity to a collection. It is a way to spice up a Slaughter's Marauders display and can be a conversation piece. It is different enough that collectors can immediately spot it as a variant. So, it can be a fun addition to a collection: especially if you've already completed the American or more popular foreign variants. 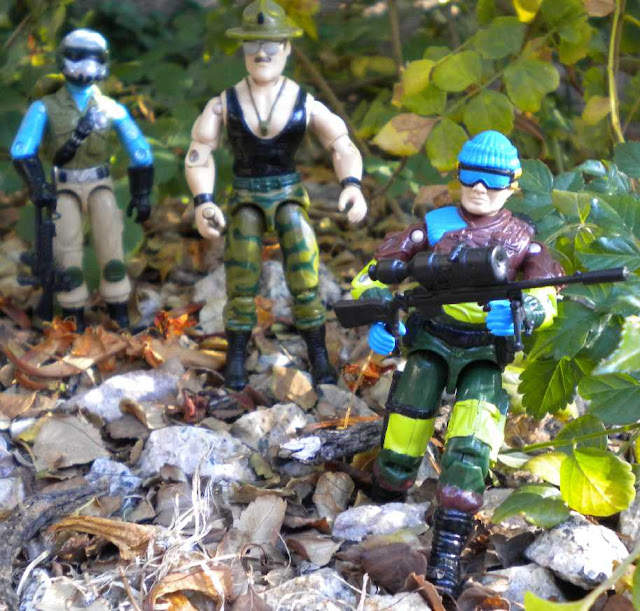 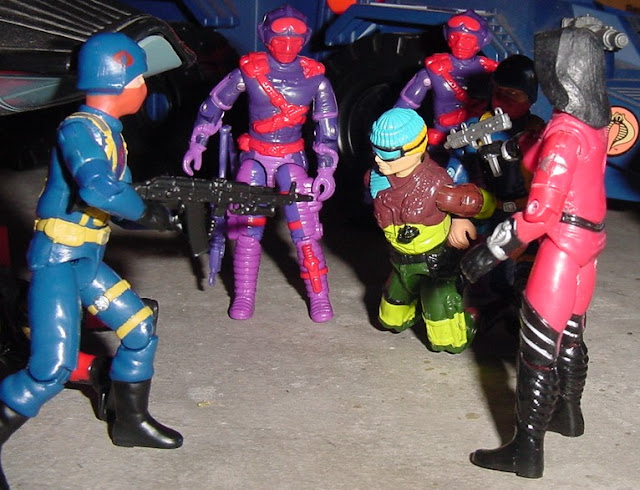