In my old backyard, there was a section on the left hand side that was the "forest" of about 20 younger trees.  The ground beneath them was small river rock over a plastic tarp to keep the weeds down.  But, when it rained, I got large puddles in the area that make for a great photo setting.  You can see the location used often in profiles from 2001 to 2003 on the site.

It was still raining when I went out take these pics.  The water was at it's highest and there just a single dry patch.  My intent was to showcase my newly acquired 2002 Shipwreck figure that you can see below.  But, it ended up being a good way to get some Dreadnok shots.  Again, you see the theme of a large force being necessary to take out the Dreadnoks. I don't know why I return to that theme a few times as the Dreadnoks as characters were not a huge part of my childhood Joe collection.  But, they made for some different show of force type shots. 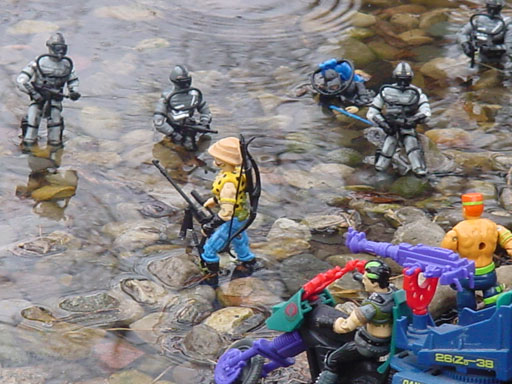 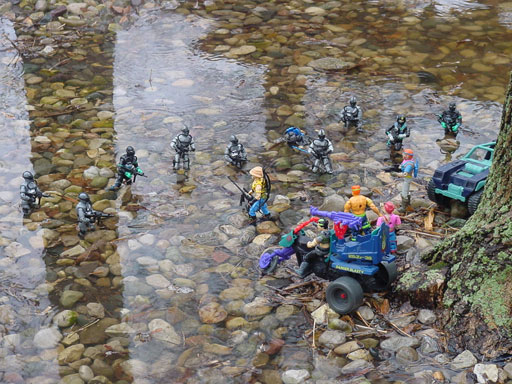 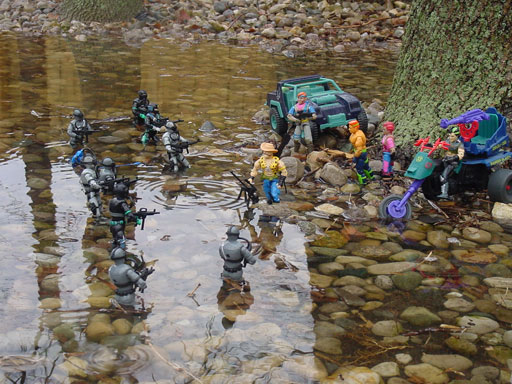 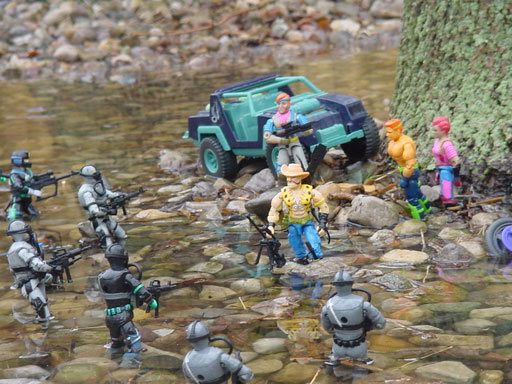 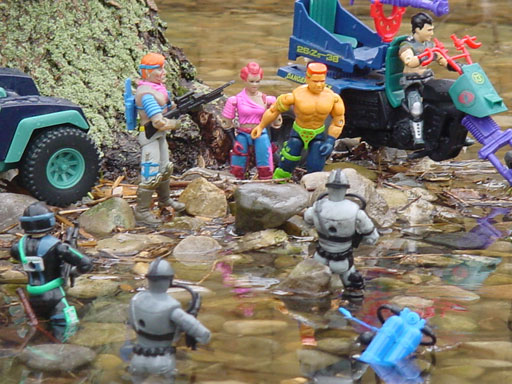 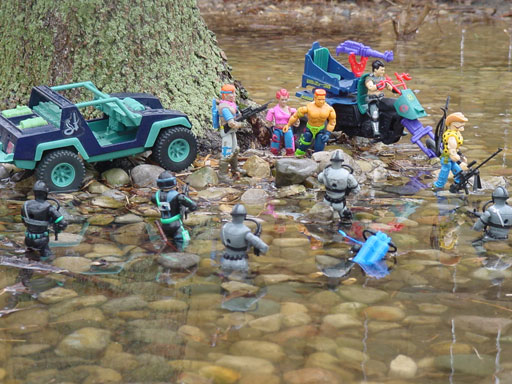 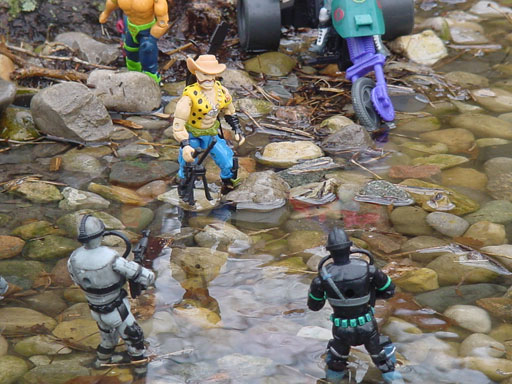