Hasbro dropped a surprise DVD Snake Eyes repaint in early 2003.  Bagged samples first showed up in 2002 and, due to the similarity to the Toy Fare Snake Eyes figure, may collectors thought it might end up being an unproduced figure which lead to insane pricing.  But, this figure turned out to be readily available and anyone who wanted one could get him.  It's a great Snake Eyes repaint and something a little different for the character.  I thought there would be more on him out of the web.  But, the content was pretty sparse.  Here's the best of what I could find. 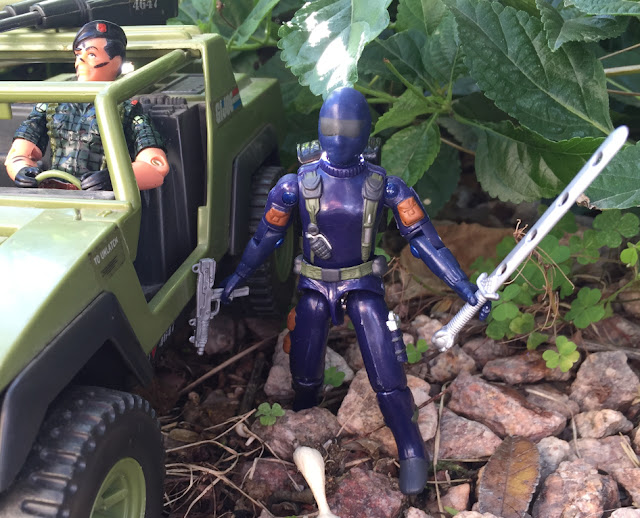 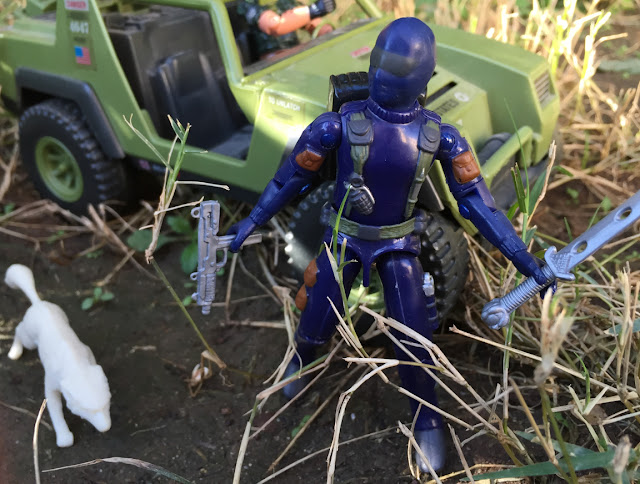 Posted by Robot_Sonic at 2:15 AM
Email ThisBlogThis!Share to TwitterShare to FacebookShare to Pinterest
Labels: 2003, Around the Web, Retailer Exclusive, Snake Eyes