16 Years ago today, I profiled the newly released Funskool Crimson Guard Immortal figure.  At the time of this figure's release, it was one of the most anticipated army builders of all time.  Collectors salivated over being able to buy them by the dozens.  And, they did.  Dealers constantly sold out of the figure as people built up massive armies of CGI's at insanely low prices.

There area  few variants of the figure with him having gold, silver or black bullets on his leg.  You don't see much interest in those variances, now, but they were something fun to differentiate the figure back in 2001.  Today, the Funskool Crimson Guard Immortal is harder to find and is no longer a cheap army builder if you buy carded examples.  And, with lots of army builders to now choose from the limitations of the mold are more evident.  But, this figure is a reminder of a much different time in the Joe world when every month brought news of an upcoming release.  Here's the best on this figure from around the web. 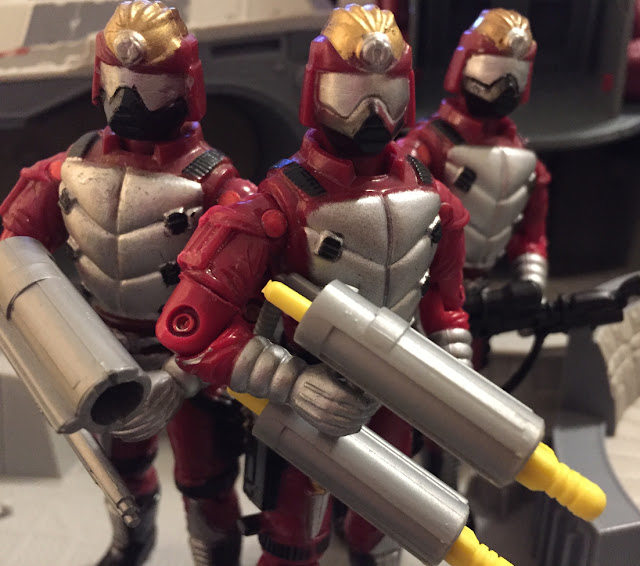 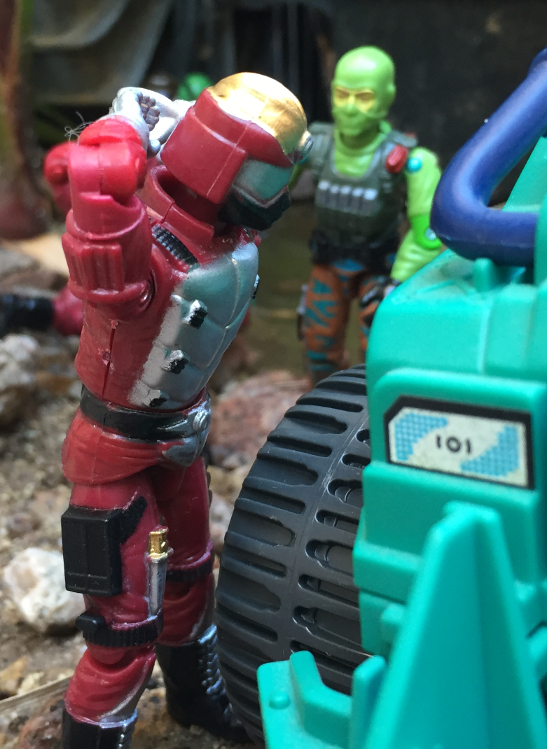 Posted by Robot_Sonic at 2:11 AM
Email ThisBlogThis!Share to TwitterShare to FacebookShare to Pinterest
Labels: 2001, Around the Web, Crimson Guard Immortal, Foreign Figures, Funskool