Grand Slam may be the most obscure Joe of the original 13.  He didn't get a lot of play in the early comics and didn't get much characterization until he kicked Major Bludd through the windshield of a bus nearly a year and a half after Joe debuted on the newstand.  He's a figure, though, that collectors have warmed to over the years.  Much of this is due to the fact that his silver pads version is considered a relatively rare figure.

I was able to find a decent amount of Grand Slam content out there.  It seems his obscurity in early Joe media has allowed to take on more life in the ensuing 35 years.  Here's the best of Grand Slam from around the web. 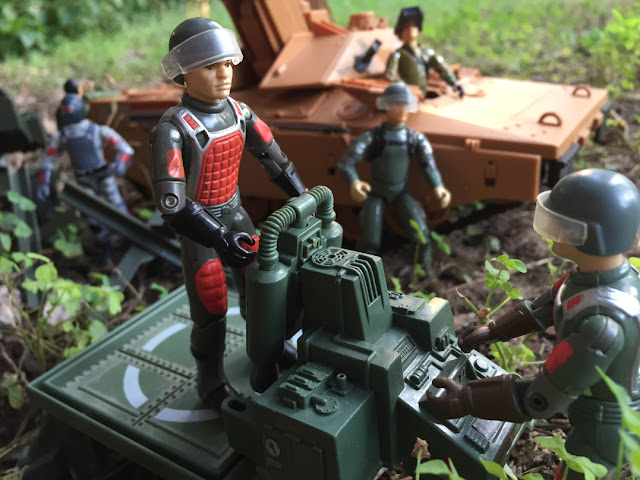 Posted by Robot_Sonic at 2:30 AM
Email ThisBlogThis!Share to TwitterShare to FacebookShare to Pinterest
Labels: 1983, Around the Web, Grand Slam, JUMP, Vehicle Drivers