In general, Cobra figures were the first figures to sell out after Joe stopped shipping to retail.  For someone desperately trying to fill gaps in their collection in 1995 and 1996, it was incredibly frustrating to see these aweome Cobras on the cardbacks but not on the shelves.  In the instances when I did find a Cobra, though, I usually bought him without hesitation.  Among the few Cobras I found at the time was the 1994 Metal Head figure.

I was aware of the Metal Head character from the comic and a kid down the street had the 1990 figure that I had seen after I had quit buying Joes.  So, I jumped at a chance to get a new version of him: purple weapons and all.  Like most of the later run figures, there's not a ton of content out there in regards to the figure.  But, here's what I could come up with: 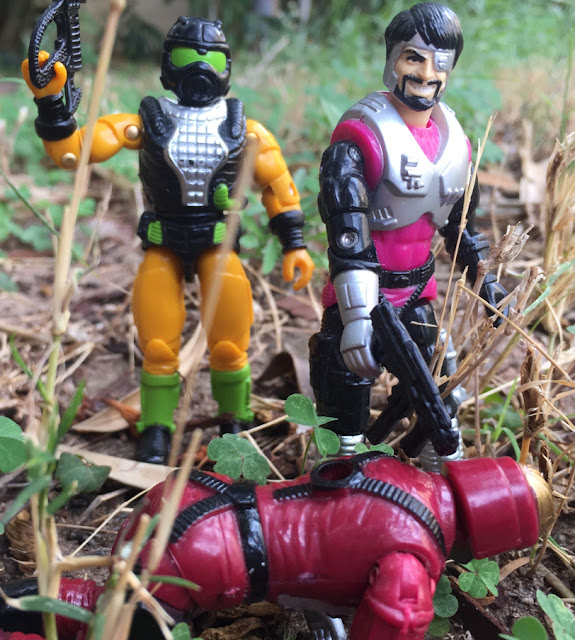 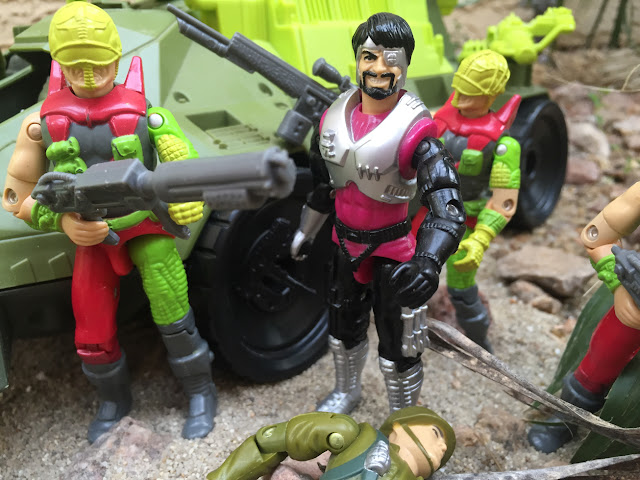 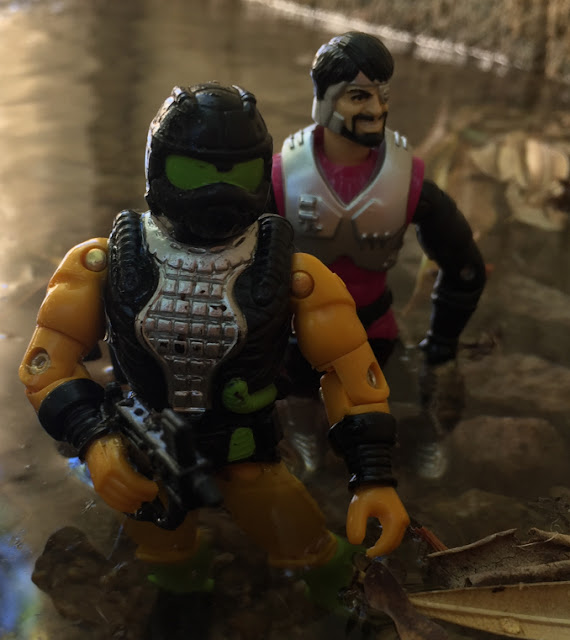 Posted by Robot_Sonic at 3:42 AM
Email ThisBlogThis!Share to TwitterShare to FacebookShare to Pinterest
Labels: 1994, Around the Web, Battle Corps, Metal Head