This Shipwreck figure proves that Hasbro could still make awesome figures: even at the end of the line.  The mold, colors, character and accessories all combine into an excellent release that should be owned and enjoyed by every collector.  I found and purchased two of them at retail in the mid 1990's and would have bought more if I had been able to find them.  I army built the figures for a time and am glad that I did as this figure has started to get a bit harder to find and more expensive.  Despite the high quality, there isn't much on this figure out there.  Here's the sparse bit I could find on this figure around the web. 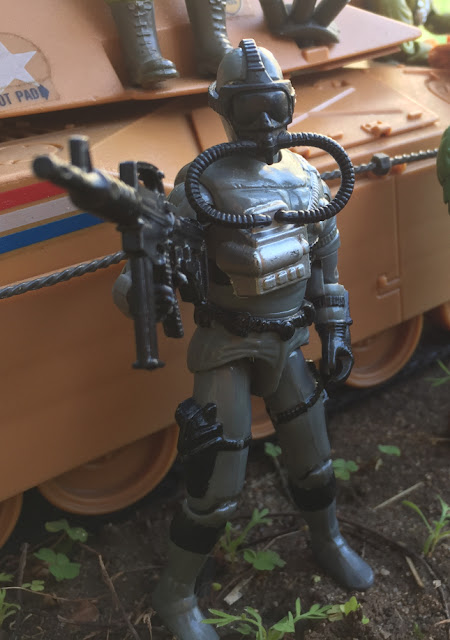 Posted by Robot_Sonic at 1:27 AM
Email ThisBlogThis!Share to TwitterShare to FacebookShare to Pinterest
Labels: 1994, Around the Web, Battle Corps, Shipwreck