I didn't have a profile ready for today.  So, I'm going to switch things around and see if I can something ready for Thursday.  In the meantime, here's a look at the 1987 Techno Viper.

The 1987 Techno Viper has become a staple of the Cobra army building corps.  While his purple color was fairly out there in 1987, it has since become just another de-facto Cobra color like blue and crimson.  The figure isn't spectacular.  But, he has great gear and is generally well regarded by collectors.  His popularity leads to a decent amount of content on him around the web. 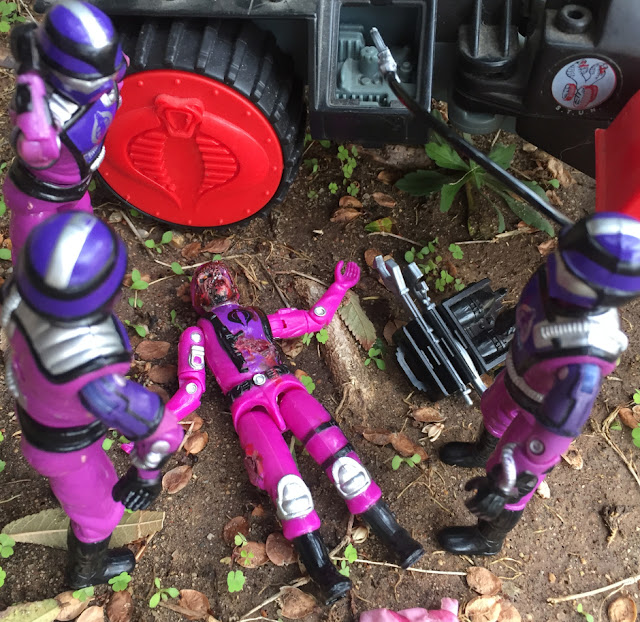 Posted by Robot_Sonic at 1:25 AM
Email ThisBlogThis!Share to TwitterShare to FacebookShare to Pinterest
Labels: 1987, Around the Web, Techno Viper