1991 brought about a fundamental shift in the Joe line.  While sub sets had been a common thread in the yearly releases for a while, 1991 converted the line away from the traditional figures/vehicles combinations that had defined G.I. Joe since 1982.  The vehicle drivers, for the most part, were gone.   (I'm hard pressed to call the Battle Copters "vehicles".)  In their stead were three separate series of higher priced figures who were all themed together.  Eco Warriors and the Super Sonic Fighters both featured larger cardbacks and a higher price point to make the figures seem "deluxe".  The Air Commandos took the concept a step further and tossed a large glider onto a cardback that also featured a figure.  Again, these were higher priced items meant to appeal to gift givers who felt a single figure was not adequate.  The actual figures in this set of four, though, have a non traditional appeal.  They featured bright colors and fewer paint applications while also including a surprising amount of accessories.  I've looked at a couple of these figures through the years and now the 1991 Cloudburst's number has come up.

My first encounter with Cloudburst was in 1999 when I got a bagged version from Hasbro Canada.  Sadly, these bagged figures did not include any accessories.  So, it was just the figure.  I got two or three of them in my order as replacements for other figures I had ordered which had already sold out.  In looking at the figure inside his baggie, I felt no desire at all to open him.  Sans gear, the bright yellow and offsetting black design didn't do much for me...and I'm someone who doesn't mind bright colors.  But, at the same time, I acquired this figure at the same time as I got a bagged Air Devil, 1992 Ace and several classic figures.  So, he was somewhat lost in the overload of cheap greatness that the Hasbro Canada find provided.

A few years later, I returned to one of those bagged Cloudburst figures.  Again, I was not compelled to open it.  In looking at the mold, though, I did see the potential.  Cloudburst actually has an excellent sculpt.  And, were the yellow something more muted, he would be something far more desirable. But, while I might have been able to live with the black jacket with yellow highlights, the offsetting white pants just don't work in the overall ensemble.  The figure also has unpainted details that might have made a difference such as the straps holding the leg pauldrons in place.  A bit of black here might have helped to salvage the figure.  The same goes for the white gloves.  Another color here would have done much to improve my opinion of Cloudburst.

As for use, Cloudburst has yet to find a niche in my collection.  Painted differently, he could make for a cool Starduster custom.  But, as he stands, he really doesn't work in any of my airborne capacities.  If I need a crew for the Tomahawk, Dragonfly or Retaliator, Cloudburst doesn't make the cut.  His colors don't work with the vehicles.  Considering I can make most neon Joes work in the settings, though, I suspect part of that is just personal bias against the figure as I don't, personally, like the way the colors work together.

Gearwise, Cloudburst featured two accessories: a rifle and his goggles.  The rifle is a cool design that I first found with the 1993 Backblast and Keel Haul.  Sadly, though, it is cast in a bright red color.  The rifle is often missing from the figure, but can be found without too much trouble since it's bright and relatively large.  The goggles plug into Cloudburst's head.  Once affixed, they are far more secure than the microphones of the 1980's.  But, they still come out and are the more often missing part of the Cloudburst figure.  With the goggles, Cloudburst is more interesting.  Their blue color helps bring some additional life to the overall visual presentation.  Without them, Cloudburst feels like a cheap knock off Joes we had seen in prior years.

This was Cloudburst's only appearance.  All of the 1991 Air Commandos had decent sculpts that would have made for tremendous repaint fodder in the 2000's.  And, as the figures never appeared anywhere else in the world, they were likely in Hasbro's control.  But, that was not Hasbro's focus of that era and we missed out on useful updates to figures like Cloudburst in exchange for multiple releases of Duke, Roadblock and Snake Eyes.  All that's left for collectors are various customs and the ability of creative collectors to squeeze any life from the parts.

Cloudburst figures tend to run around $6.  You can get one with the rifle or about $10 or so.  But, a complete version with the visor and gun will run as high as $22.  The figure is surprisingly easy to find.  But, that's likely a testament to both the figure's unpopularity and the leftovers from the Hasbro Canada find.  If you can get a cheap version, Cloudburst isn't a bad figure.  If you can find some really cheap parts, he makes for great customizing fodder, too.  But, that's about the extent of his usefulness.  Skymate is so weird he's cool.  Cloudburst is not.  I'm always fond of airborne Joe specialties.  But, in this case, the figure just doesn't deliver for me. 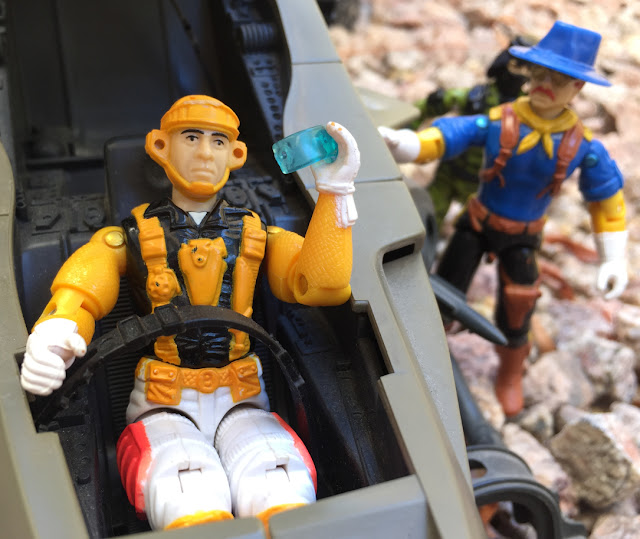 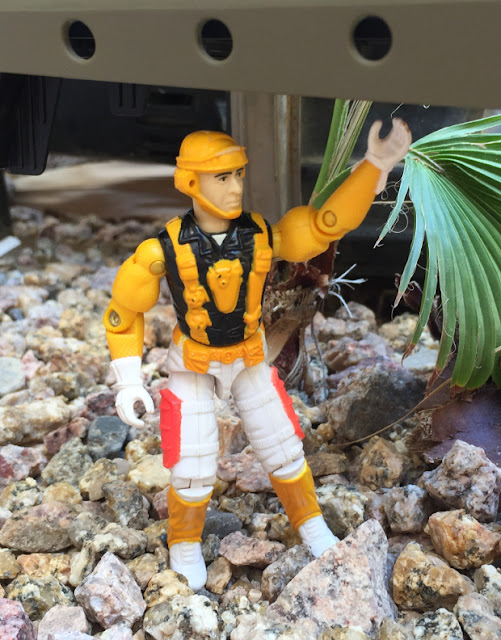 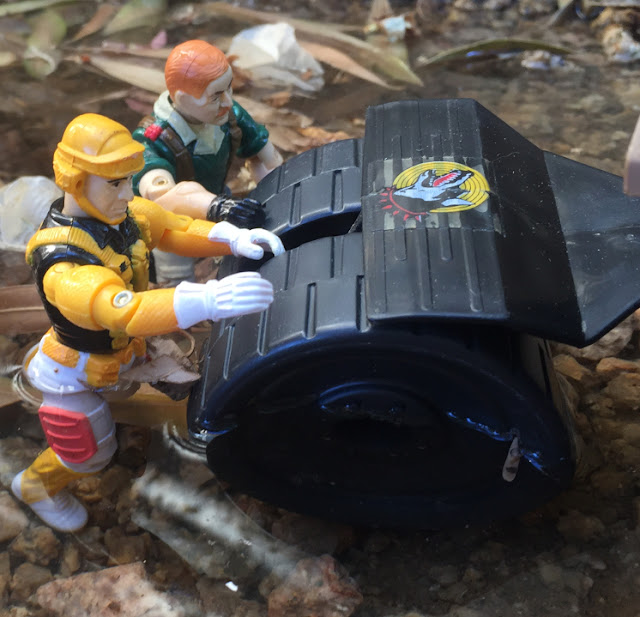 Posted by Robot_Sonic at 3:21 AM
Email ThisBlogThis!Share to TwitterShare to FacebookShare to Pinterest
Labels: 1991, Air Commandos, Cloudburst