In 1983, Hasbro released its first repaints.  Grand Slam, the Viper Pilot and this Grunt were all newly colored rehashes of figures that were otherwise available.  It was a cheap way to get an exclusive figure into a vehicle pack.  But, it produced some of the rarer figures of 1983.

You'll note, though, that this Grunt isn't anywhere near as rare as the other two repainted figures.  This is heavily due to the fact that a well funded collector acquired untold dozens or hundreds of these figures for a diorama.  That dio never came to be and tons of bubbled Tan Grunts and regular 1983 Grunts were tossed into the collecting community where they forever altered the availability of what should be a harder figure to find.

With that, the Tan Grunt remains the basis for a team of tan Original 13 Joes.  And, there's a good deal of content out there on him because he's from a classic year and is such a different look for figures of that era.  Here's the best of him from around the web.

Grunt at Memories of Toy Morrow

Grunt at Joe A Day

Grunt by Hit and Run 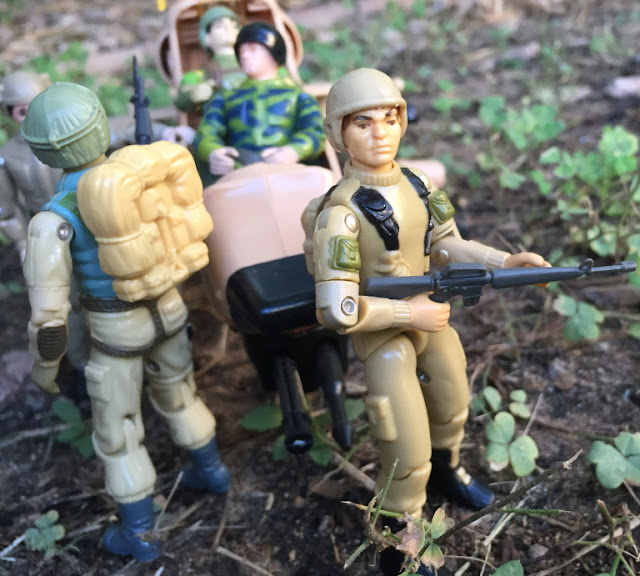 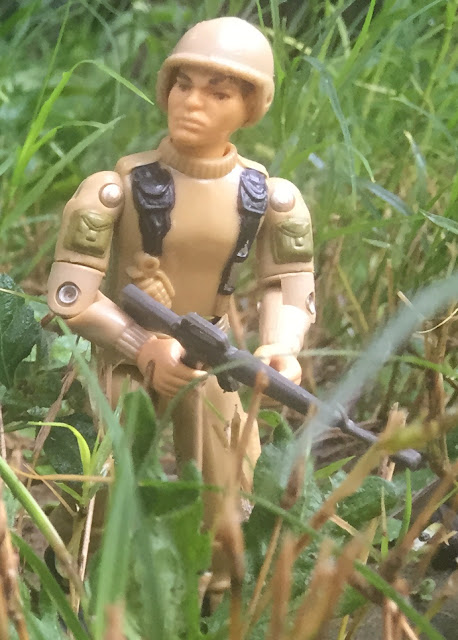 Posted by Robot_Sonic at 1:30 AM
Email ThisBlogThis!Share to TwitterShare to FacebookShare to Pinterest
Labels: 1983, Around the Web, Grunt, Vehicle Drivers