A friend told me of the Bridge Layer long before I ever saw it.  I had no real idea of what the vehicle looked like.  But, I found it stacked at either a Sears or JC Penney store in Dayton, Ohio right around Easter of 1985.  My grandparents bought it for me and the Bridge Layer became one of the key vehicles in my collection for a long time.  Tollbooth wasn't a great figure, though.  In the swivel head construction style, he seemed archaic when compared to the other 1985 figures.  Here's the best of him from around the web.

Tollbooth at the Viper Pit 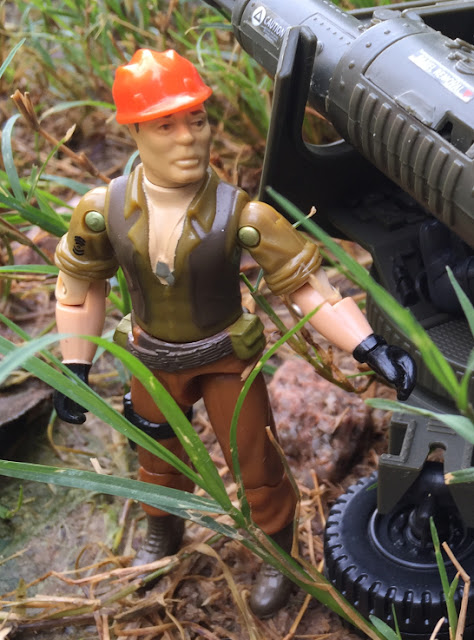 Posted by Robot_Sonic at 3:00 AM
Email ThisBlogThis!Share to TwitterShare to FacebookShare to Pinterest
Labels: 1985, Around the Web, Tollbooth, Vehicle Drivers