I was pretty much done with G.I. Joe in 1988.  I bought a few figures at the beginning of the year before walking away from toys until I graduated from high school.  But, one 1988 figure grabbed my attention and was so cool that I had to buy him: Hit and Run.  The figure was all green camo and included an amazing new rifle.  On top of that, he also had a duffel bag with a grappling hook and rope.  In short, he was about everything I ever wanted in a Joe figure.  I bought him and was not disappointed.  The figure was so well designed that I hung him on a wall of ivy at my grandparents' house and lost him there for several months.  I've looked at the figure twice and will probably come back to him again.  Here's the best of Hit and Run from around the web.

Hit and Run by Edwin80s

Unproduced Hit and Run at A Real American Hero Book 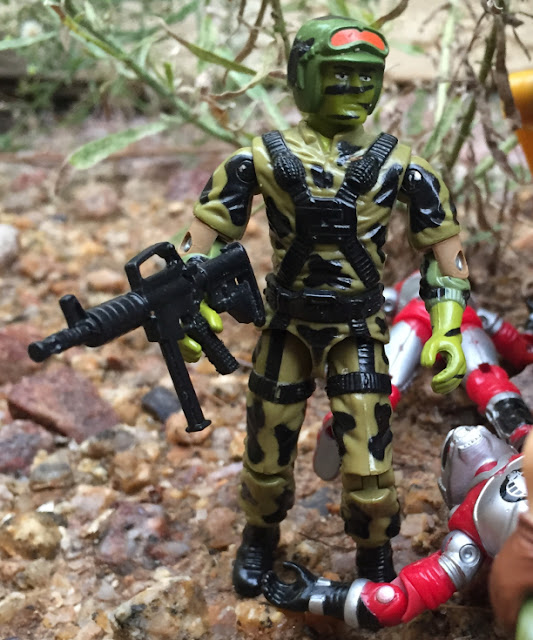 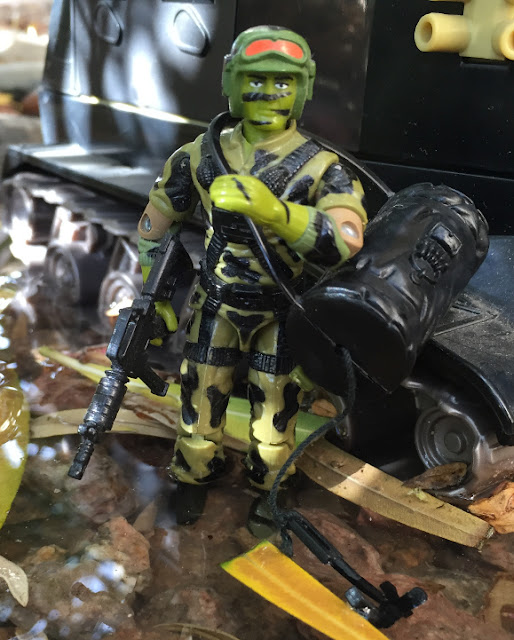 Posted by Robot_Sonic at 1:47 AM
Email ThisBlogThis!Share to TwitterShare to FacebookShare to Pinterest
Labels: 1988, Around the Web, Hit and Run