In the very early 2000's, foreign Joes were an unknown element of collecting.  There were a few early adopters who did the initial research into the international releases.  But, many figures were unknown and a few were known yet simply did not exist to buy.  Over the next decade, two things happened.  First, foreign Joes became much more common...to the point where pretty much every collector owned at least one.  Second, massive amounts of research was done and foreign characters and designs began to infiltrate Joe media, convention figures and even the anniversary line.  The veil was lifted off of foreign Joes and any collector could learn about them with relative ease.

Learning about them, though, and actually acquiring a certain figures, though, was drastically different.  While Series 2 Plastirama figures were very available in the early 2000's, they remained expensive both due to the lack of quality samples as well as the perceived rarity.  For collectors of vintage style Joes, though, there were no other avenues to acquire these foreign characters outside of customs.  Finally, with the advent of factory custom figures, collectors have access to the famous characters who were one to rare to afford and, certainly, use in any meaningful way.  With Red Laser's release of Shimik, I finally had a chance to acquire a character I'd wanted since 2002.

Shimik was interesting to me for a couple of reasons.  Having additional diversity on a team comprised of original Joe molds based on the 1982 figures was nice.  And, Shimik brought some color to the team that complemented Snake Eyes without copying him, directly.  The Grand Slam head in black looks different enough.  And, the painted on mustache gives Shimik additional uniqueness that sets him apart from other Joes of the same parts.  The bandoliers of bullets across his chest also give Shimik an identity.  There's no reason for this ammo.  But, it's there and adds an air of mystery to the character.

It should be stated that there is small group of collectors who were VERY against Red Laser releasing these Argentine homages.  So much so, that Red Laser actually went out of his way to alter the coloring on the figures just enough that they won't match the vintage figures.  Mind you, the vintage Series 2 Plastirama figures are all straight arms, Master Collector themselves released a Cobra Mortal 12 years prior and that Plastirama figures use different plastic with much poorer quality paint masks than Red Laser.  In short, these complaints had no basis.  Except for the fact that some people very much wanted to keep these characters out of the hands of other collectors who didn't want to bother with the originals.  The fear of factory customs isn't rooting in fakes or the integrity of the community.  It's rooted in the fact that a few deep pocket guys want to keep their collections special and prevent other collectors from having access to some cool items.  Those are the type of people who govern many online conversations and private groups about Joe.  Don't forget that.

One of my great collecting regrets is from 2002.  At that time, an incomplete Shimik sold for a whopping $17. I missed it.  A few sold for more than that, but still really cheap prices for a few months before prices crept back up again.  But, for a fleeting moment, I thought Shimik could be mine.  I've long loved race changing figures and the Rock and Roll chest was criminally underused in the vintage Joe line.  So, this all added up to a figure that simply had to have.  Slowly, I created a character for him and started to integrate him into story ideas.  But, as prices rose, the reality of owning a Shimik moved further and further away.  So, I never completely fleshed out Shimik's role in my collection or where he would really fit.

With this Red Laser figure in hand, though, my dilemma was finally solved.  Not only was Shimik cheap and available, but he was also upgraded with swivel arm battle grip.  (A reason I've not partaken in any Cobra De Aco repaints.)  The character could now join my early Joes and fulfill the role that I started to create for him more than a decade and a half ago.  Paired with Manleh (the only other character from the Second Plastirama Series I really wanted), Shimik helps to round out the team of international heroes who helped to track Cobra as they spread their coils around the world.  My vision of early Cobra is that there were many operatives in different countries who never lived to see the Commander's vision come to fruition with Cobra Island.  Many of them lost their lives to Shimik, Manleh and others who weren't G.I. Joe team members.  But, who were dedicated to stopping Cobra's spread around the world.

The Red Laser Shimik only includes an M-32 modeled after the one originally included with Stalker.  This is based on the original figure including the same weapon.  However, that Argentine release also included a backpack, helmet and visor from Steeler.  It would have been nice to get a helmet with the Red Laser figure since it's not easy to find original 1982 style helmets in black these days.  But, the weapon works well with Shimik.  Many other figures in the 2018 Red Laser Army series include M-60's, though, should you want to give Shimik a weapon to match his ammo strapped across his chest.  In the photos below, you'll see I've outfitted him with Action Force weapons.  It makes no sense that a guy wrapped in bullets would carry a radio.  But, it's a weird look that's grown on me and is about the only way I display Shimik any more.

Shimik is a character I've long wanted.  After Manleh, he was my most wanted unique foreign character.  So, having a chance to get one was an opportunity I could not pass up.  While the Argentine homages have proven very popular, they are still available.  You can get a Shimik anywhere from $10 to $18: depending upon various sales.  I'm not too keen on paying ~$20 for factory custom figures.  But, that's where they start and you miss some waiting on prices to come down.  For me, the higher price was worth it.  For others, though, the $10 price range might be the sweet spot for a figure like this.  With factory customs, I always recommend paying what you think is fair with the full knowledge that some of them plummet in value while others shoot up.  If you pay what you think is a deal, then future price changes become less of an issue and figures like Shimik retain their value to you, even as it fluctuates for other collectors. 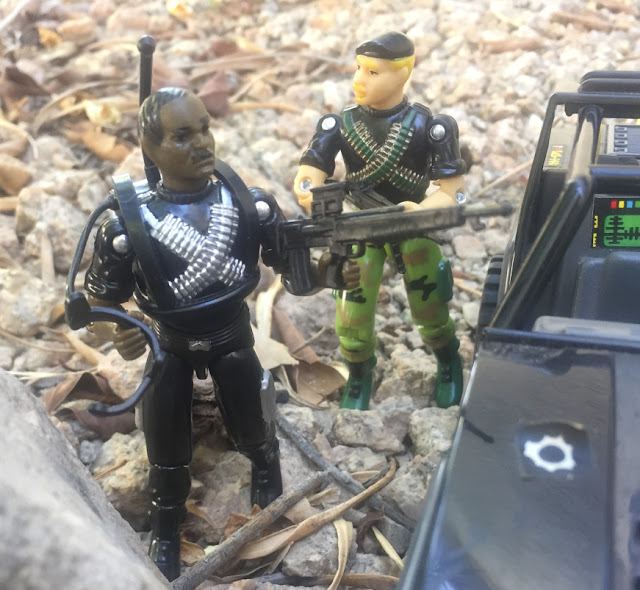 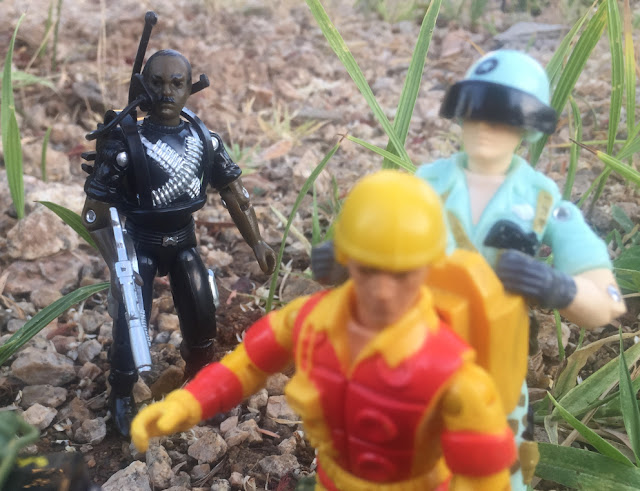 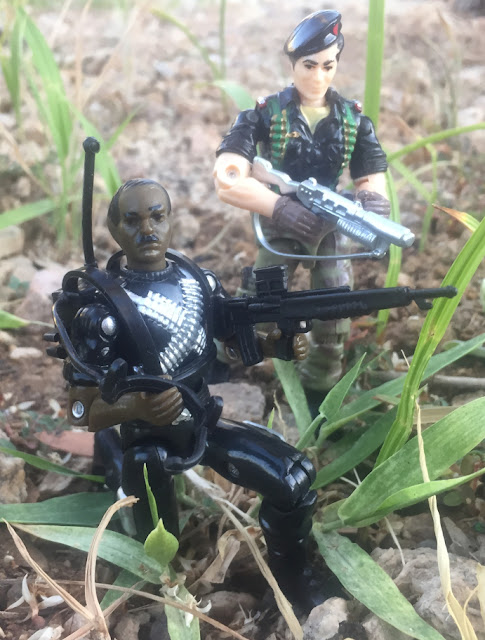