2012 Retaliation Clutch - By Past Nastification

The two live action GI Joe movies haven’t scratched the itch Joe fans wanted. They’ve provided a mixed bag of figures, too.  Some good, some bad.  Clutch, from GI Joe:  Retalition, was released as the driver of the Tread Ripper.  The Tread Ripper itself is another conversation and probably not a good one.

The low articulation of Clutch is problematic.

When GI Joe debuted in ARAH format in 1982, the figures had an astounding 12 points of articulation compared to Star Wars, whose standard figures had just 5 poa’s.  Some Star Wars figures had even fewer.  For Joe figures the number jumped up to 14 with the inclusion of the “swivel arm battle grip” in 1983. Certainly Mego never gets the credit it deserves for bringing the o-ring(ish) design into the mainstream by licensing/selling Micronauts, or streamlining the concept for its the Black Hole, Buck Rogers, or CHIPs lines.

So GI Joe is somewhat erroneously credited, or at least remembered, as being the innovator.  And, yes, there’s the fact that the 1:18 scale Micronaut figures were conceptual downscales in Japan based on the original American 12 inch Joes… which were arguably based on the Barbie concept.  There are several episodes of Toy Galaxy on youtube or The Toys that Made Us on Netflix to see how many layers there are to the action figure onion.  It gets complicated very fast, with lots of cross-pollination and borrowing from one company/toy line to another.

All of which is a long way of explaining that most Joe collectors can’t stand Joe figures with low articulation.  Taking away the high poa count is depriving them of their design identity.  I agree in theory, but in reality… somehow I don’t care.  Maybe my appreciation of the early low poa Palitoy Action Force figures bleeds over to this figure.  That said, for the 1:18 scale, the inclusion of hinged knees should be a given.  Even Kenner’s MASK figures had that in the mid 80’s, and they were 2 inch figures.

As a kid, I would have hated, hated, hated this Clutch.  As a grownup, though, I’m fine with it and the limited 5 poa format.  At this point in my collecting, sculpt is more important to me than articulation.

Clutch is so beautifully sculpted that the lack of articulation just doesn’t bother me.  Of course, that’s me, and I guess that 95% of Joe collector’s hate this figure.  It’s a point I really can’t argue.  For the handful of us that are immune to the low poa count that flies against everything that GI Joe is from a design standpoint, it’s easy to see the nice work in this figure.

It’s not perfect, and that’s assuming you can live with a five poa figure.  The arms are marginally short, but mostly hidden by the bent elbows.   As far as this figure automatically registering as being Clutch, it doesn’t. It should have a black beard or grey stubble to really be Clutch.

But this is the movie universe Clutch, so it is what it is.  But the detailing on the head alone is astounding.  The crisp baseball cap, the beard, and the up-to-the-minute sunglasses are flawlessly sculpted.  Customizers may hate the rest of this figure, but they love this head.

The uniform looks realistic.  Clutch sports a ton of sculpted pouches and webgear, including a pistol and a knife (both of which should have been painted black like the sunglasses).  The sculpting on the pouches is impressive because it’s so lifelike.  The pouches aren’t in perfect rows; each pouch is slightly canted and crooked compared to its neighboring pouches.  This is a detail that could have been easily overdone, but it wasn’t.  The bent elbows and slightly bent knees give the figure a dynamic posture that old Star Wars figures never had.  Plus, the sculpted detail would have been broken up by adding more articulation points.

The figure’s construction is peculiar.  It appears to be put together like a standard 5 poa figure (but with a pop-off head).  The backpack and most of the webgear appear to be a snapped-in-place piece on a carved-out section of the torso.   Oddly, the Night Fox figure, also a low poa Retaliation driver, features a removable vest, but it’s uniquely keyed to the figure.  So why was Clutch designed in such a unique manner?  Who knows.

The use of subdued colors is a welcomed change from obnoxious coloring.  Honestly, though, an unexpected and nonsensical color pop somewhere might have added to the design.  A lone orange pouch or a yellow grenade could have worked here.

Maybe it’s just the sunglasses, but this Clutch has a badass quality that no previous Clutch figures have had.  The pistol might not be removable, but it has no less that 6 pouched magazines ready to go for it.  At the 1:18 scale, I prefer non-functioning holsters as they look more correctly sized.

There were several other 5 poa figures in the Retaliation line.  This included the previously mentioned Night Fox, a Snake-Eyes, a Cobra Commander, and a Swamp Viper.  I was surprised by how much I liked the Clutch figure, so I’ll have to keep an eye out for the rest out and see if they also have outstanding sculpting.  I stumbled onto this Clutch figure recently and until I saw it in person I was lackluster about it.

If the low poa count is a deal breaker for you, I completely understand and respect it.  But if you’re someone who can accept it, this is an impressive figure.  If you need a nudge, here’s an image of the head swapped out with a “real” Clutch head, from the 25A line.  If nothing else, just try to appreciate the sculpting on this odd duck from the Retaliation line.

I’m curious, am I alone in liking this figure?  Does anyone else like it or the other Retaliation drivers?

Would anyone really object if Hasbro would have made mostly pre-posed/low poa Cobra Soldiers in this format and packed them in as freebies with vehicles and playsets?  No.  Well, at least I wouldn’t! 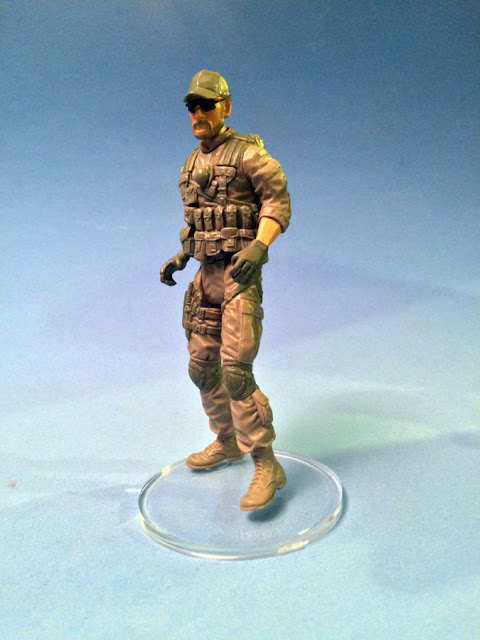 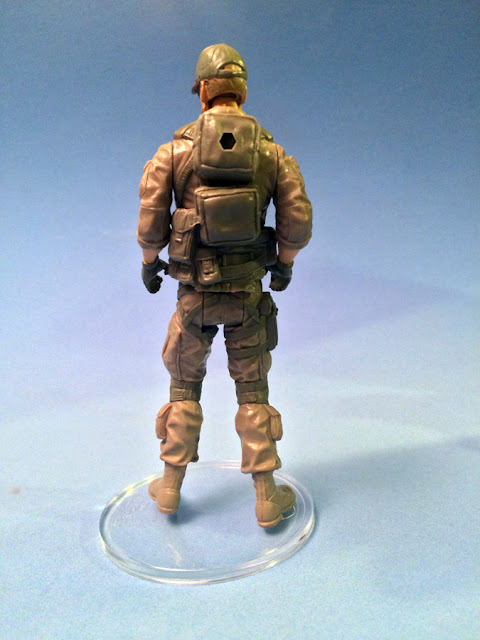 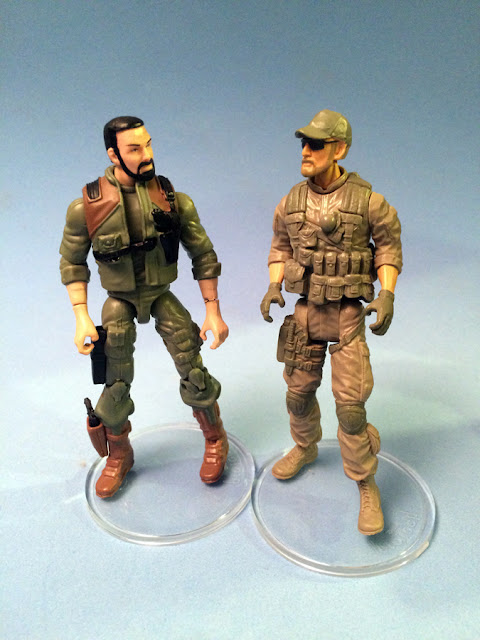 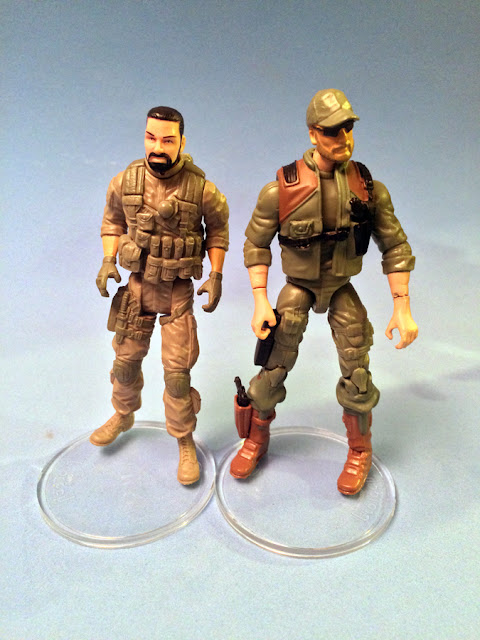 Posted by Robot_Sonic at 1:43 AM
Email ThisBlogThis!Share to TwitterShare to FacebookShare to Pinterest
Labels: 2012, 25th Anniversary, Clutch, Past Nastification