You might be wondering why the 2002 Cobra Mantis Sub is in banana yellow.

This is the original version of that toy, the 1996 Quest Porpoise, a sporty two-person submarine in Galoob’s Jonny Quest line.  The Jonny Quest toy line ran from 1995-1996, parallel to Hanna-Barbera’s The Real Adventures of Jonny Quest cartoon (which itself was a reboot of the 1960’s Jonny Quest cartoon).  The figures were ever so slightly smaller and squatter than ARAH Joe figures, but they still feel like 1:18 figures.

By 1995, I had already left collecting toys behind for several years and wouldn’t cycle back as an “adult collector” until the Stars and Stripes Forever Set of 1997.  I didn’t have any awareness of Jonny Quest toys when they were new, so my first exposure to them was probably picking up a few pieces mixed in with GI Joe lots on eBay.  The Jonny Quest toy line is wonderful in that it generated what are essentially “civilian” action figures plus a smattering of weird translucent figures (the Matrix-like “Questworld” figures) and some hammy bad guys.  Many of the figures have an updated Adventure People feel, but with articulation and sculpt much closer to ARAH Joe.  The vehicles are so good that I never would have realized that the Night Landing Craft and the Quest Porpoise were rebranded had it not been for yojoe.com pointing it out.

This particular Quest Porpoise is missing its antennae and part of its grabber claw, but you can still see the overall design.  It looks vaguely dolphin-like, much like the real world Seabreacher vehicles, but those didn’t come in existence until 2009 or so. Galoob was about 20 years ahead of the curve with its sleek design.

Ignoring that it was destined to become a Joe vehicle, comparisons to the GI Joe Sharc seem inevitable.  Both vehicles are submarines, although the Quest Porpoise isn’t a flying one (or I don’t think it’s supposed to be).  The shape of the QP looks more natural and aquadynamic than the Sharc.

The bright colors capture the tone of the Jonny Quest line.  Fun, carefree, and adventurous.

The QP’s cockpit could even hold two back-to-back figures (think Empire Strikes Back Snow Speeder).  An ARAH Joe won’t fit in the rear-facing seat, so I believe there was some slight modification for the mold’s re-use as a Cobra vehicle.

The QP is decked out with features:

That’s a ton of details.  Unlike early Joe vehicles of the early 90’s, the features on the QP feel organic to the vehicle, not clunky or randomly thrown on.

As this vehicle came from the Jonny Quest line, a quick look at the included “Deep Dive” Jonny Quest figure is in order.  It’s not too deep a dive, because Jonny’s only wearing a wetsuit, not a full-on Deep Six style pressure suit.  The wetsuit is banana yellow to match the QP.   As a teenager, the Jonny Quest figure is smaller than the “grownup” figures in the line (as well as ARAH Joe figures).   The body has 11 points of articulation, but suffers from having swollen elbows and inexplicably wide hips.  If you’re not familiar with the bodies in this toy line, they are similar to ARAH ones, but lack lateral shoulder movement and the front/back is one piece from the bottom of the neck to the bottom of the crotch.  There is no separate waist piece or o-ring.

The wetsuit features a dive belt, a dive knife, and un-zipped zippers at the sleeve and pant leg cuffs (a simple, but nice touch).  Jonny has a scuba tank with a mask that looks more like a space helmet.  And two flippers for his feet.

This is a great vehicle.  It’s easy to see why Hasbro repurposed it.  The figure, given that it’s not a Joe, isn’t too bad, either. 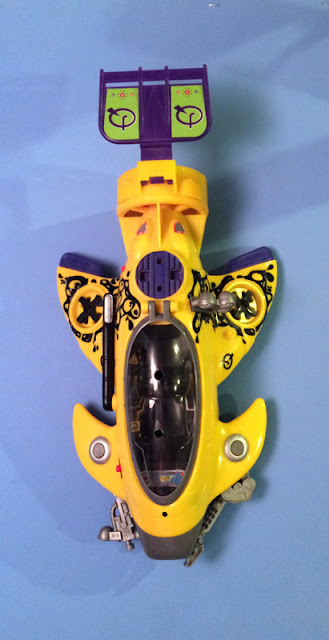 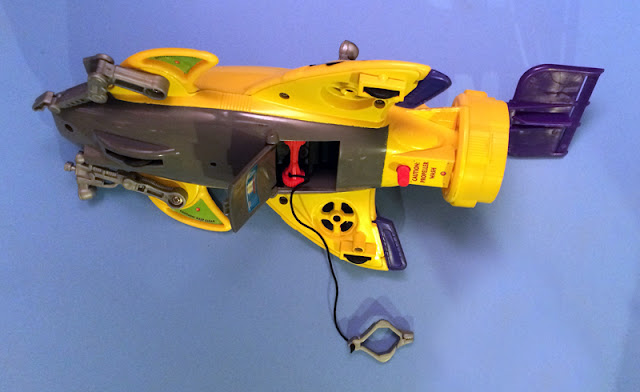 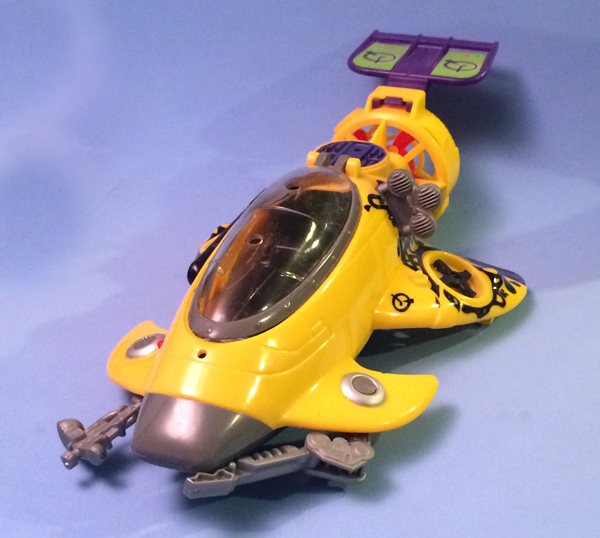 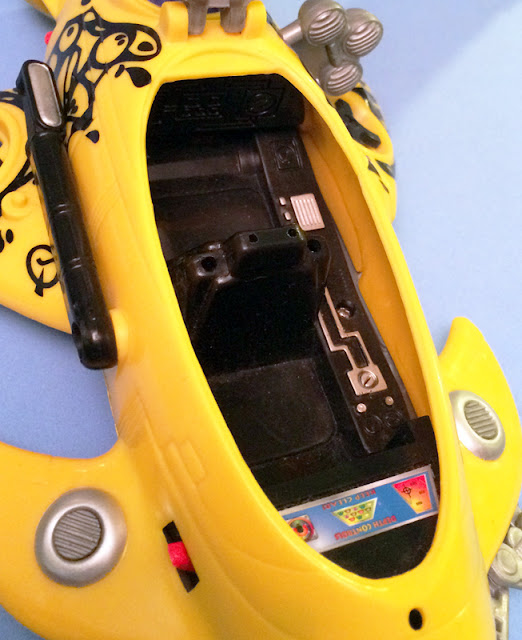 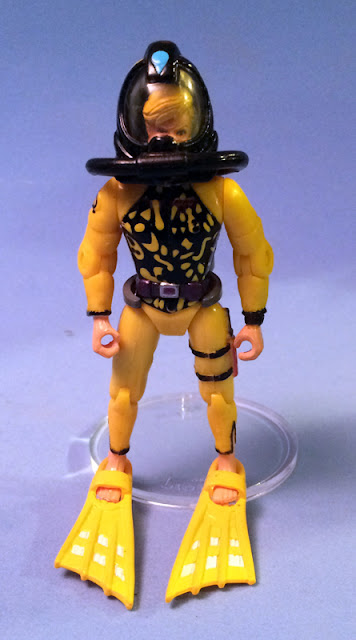 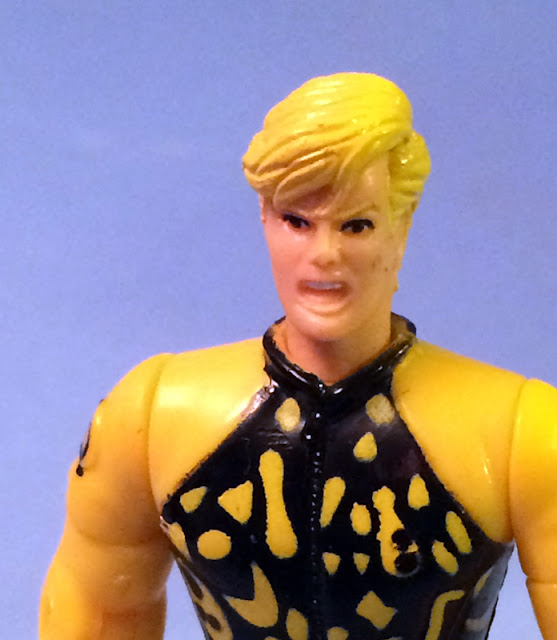 Posted by Robot_Sonic at 1:00 AM
Email ThisBlogThis!Share to TwitterShare to FacebookShare to Pinterest
Labels: 1996, 2002, Mantis, Not_Joe, Past Nastification