As part of my 20th Anniversary, I'm going to look at 12 key figures from the site's history.  Most are just important to me or they commemorate something that was occurring in the Joe world at that time.  The obvious place to start this discussion is with the very first figure that ever appeared here: the 1990 Decimator.

Now, the Decimator is a well known Cobra army builder who is somewhat frustrating to find and also rather expensive.  In 1999, though, he was a super obscure figure that most collectors didn't own.  Those who did really didn't pay any attention to him.  And, because of this, there was some confusion about the figure that erupted in the final months of the year.  At the time, the photo of the Decimator on YoJoe.com was of a fairly low quality.  In the photo, it appeared that Decimator had black pants.  Since no one really cared about the Decimator, though, it wasn't an issue.  Then, though, a Canadian collector noticed this when he went to identify figures in a lot he had acquired.  He noticed his Decimator's pants were a dark green.  And, rumors quickly went about that there might be a variant.  As few people had the figure, the fire was not quickly quelled.

I posted up a photo of my figure to better showcase the green pants.  Being 1999, my only option to get a photo of the figure was to lay him on top of a scanner and scan him in.  You can see the antiquated grey background of a scanner photo below.  So, I scanned the figure in and went to post it on some webspace I had lying around.  Around that time, Evilface's site ran a feature called Figure of the Week.  He posted a photo of a random figure and wrote a line or two about how the figure was "kewl".  I wanted something that gave more details on a figure and had more content to consume.  So, in addition to posting the photo of the Decimator, I also did a little write up.  And, with that, my first profile was born.

As I felt that having just one article up was too sparse, I also wrote up a profile of my unproduced 1995 Battle Corps Rangers Flint figure and posted it at the same time.  This was a hubris-filled move to brag about the figure.  But, I also wanted information about this figure out in the community.  At the time, most really rare Joe items were hoarded away and kept hidden from the collecting community.  (This sensibility still pervades the Joe collecting world and shows our utter lack of maturity.)  So, I wanted my rare figure to be out there for all to see.  Even today, I still get nasty messages from collectors who are genuinely pissed off that I posted something rare for the world to see.  They want this information only available to a select few. I don't get it.

From there, I kept on scanning and writing.  At the time, I was busy at a start up company and needed a way to release stress.  Writing a quick update on some Joe figure was a good way to blow off steam and have a creative outlet.  In short order, I had a full fledged website full of photos and figure write ups.  As 1999 turned to 2000, a few other fan run sites also started up.  By 2001, the Joe world was a vibrant community of content creators who churned out new stuff for the community to enjoy at a constant rate.  This was easily the most innocent time in the Joe collecting timeline.  Most guys were just starting out and the competition for desirable items didn't really show up until the army building crazy really took hold in 2001.

In looking back at my Decimator write up, I find that my use for the figure from back then is long gone.  Now, I see him as just another cool looking Cobra figure that I really don't get out and use often enough.  Maybe that will change in 2020.  In some ways, I hope it does.  Seeing the old photos brings back memories of a earlier time in my life where the future was so distant.  It's good to remind myself of those days as it helps put the hustle and bustle of my current life into perspective.  Much of what I dreamed of back then has come true.  Some things I never imagined have happened.  And, of course, there have been disappointments.  It's useful to look at the road traveled, though, to help guide you on the journey ahead. 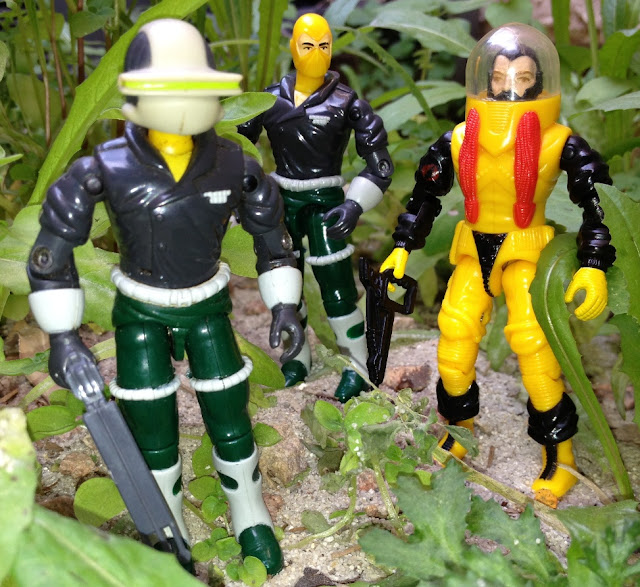 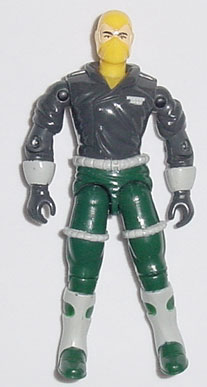