The Black Major Starduster figures were well done.  They offered collectors a chance to both own a cheap version of the original Starduster, but also in a variety of different colors, many of them homages to classic Joe subteams.  My favorite of this bunch is the Tiger Force Starduster figure.  To me, this looks like the type of thing that Hasbro might have done back in the '80's.  Plus, his helmet is a perfect match for the Red Laser Army The General figure.  Here's the best of this figure from around the web. 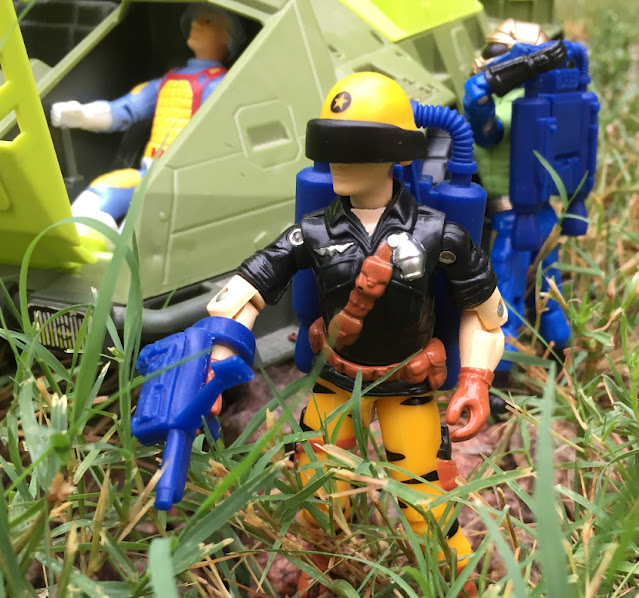 Posted by Robot_Sonic at 2:44 AM
Email ThisBlogThis!Share to TwitterShare to FacebookShare to Pinterest
Labels: 2017, Around the Web, Black Major, Bootleg, Factory Custom, Starduster, Tiger Force