As far as variants go, it's pretty benign.  I doubt many people would prefer this green weapon over the black.  Most would likely prefer the weapon that was shown with Colton in the mail away booklet to this reuse of the 1992 Gung Ho weapon.  But, that didn't happen and we're left with this oddball green weapon as an example of early designs for Joseph Colton.

These photos were found on Ebay.  Pieces like this Colton tend to have fairly significant value.  But, at the same time, many of the people who own them feel the value should be much higher than what the market is willing to pay.  As such, you often see them sitting unsold for years.  Again, this isn't a particularly interesting variant.  But, it's something different than what we got at production. 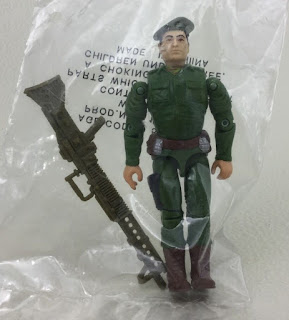 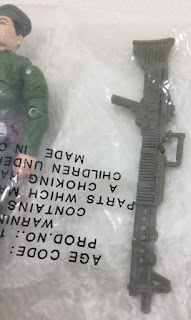 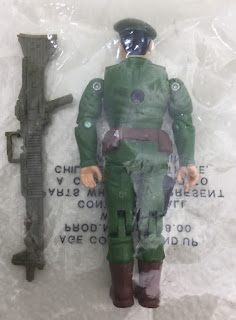 Posted by Robot_Sonic at 1:32 AM
Email ThisBlogThis!Share to TwitterShare to FacebookShare to Pinterest
Labels: 1994, Joseph Colton, Rarities, Unproduced, Variant