A few months ago, H5*0's Vintage Toys posted a question about a 1985 Bazooka figure that was missing paint applications on the number 14 that adorns his chest.  My initial thought was that it was simply a missing paint application.  But, within 2 days, another 4 or 5 samples of the figure had been produced.  With that type of distribution, it's likely that the figure is, indeed a legitimate variant of the 1985 Bazooka.  I doubt that the missed paint app was intentional.  But, it's possible that a bad batch was needed to fulfill an order and was green lighted for release. 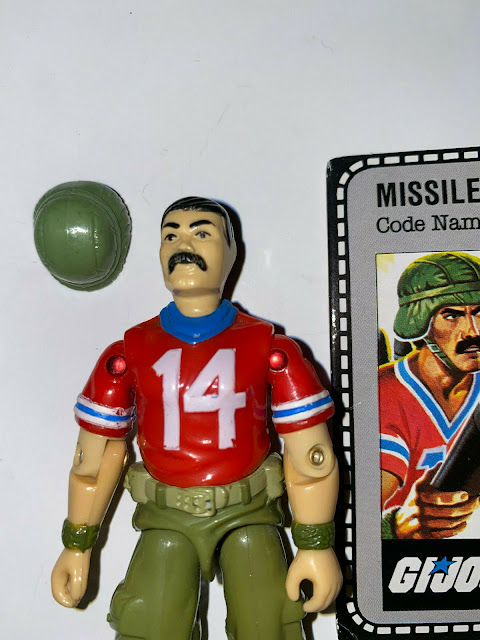 But, where did it come from?  The initial guess is that the figure was a catalog or mailaway that was available bagged.  This is entirely possible.  But, we do know that correct Bazooka figures were bagged, too.  So, if this is the origin of the figure, then it would be a smaller subset of the bagged figures. 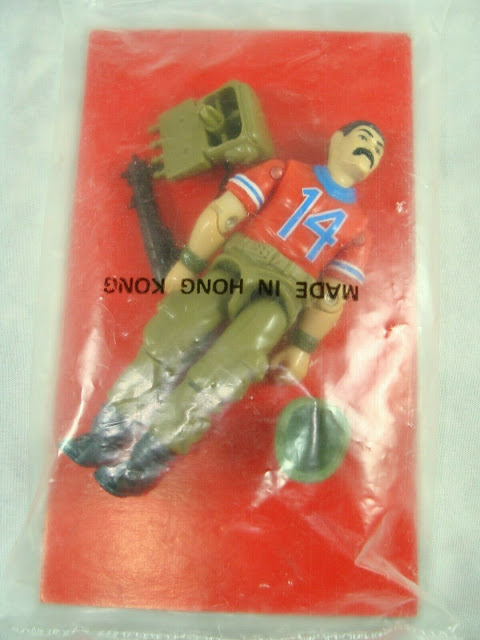 As variants go, this isn't overly exciting.  But, at the same time, it is extremely noticeable.  So, the figure missing these paint apps would catch your eye since the blue makes for such a large portion of Bazooka's overall appearance.

The variant figure doesn't have any different COO or date stamps than a standard Bazooka.  So, it was not a release from later in the line. 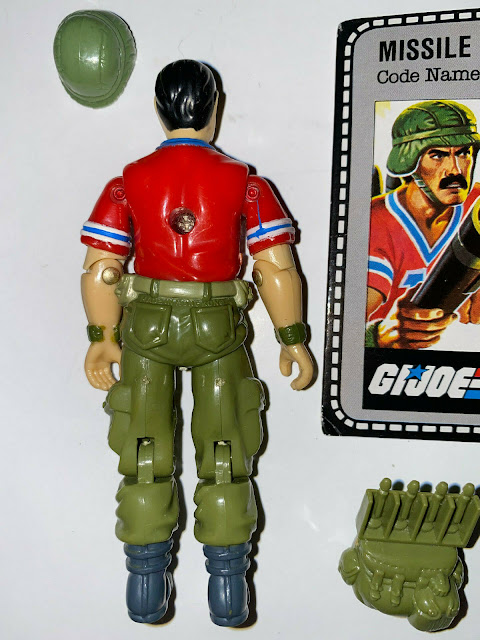 If you have any information on the origin of this figure, or just have a sample, please let me know.  I'd love to learn more and determine if this is just a bad production batch or can be traced to a specific release. 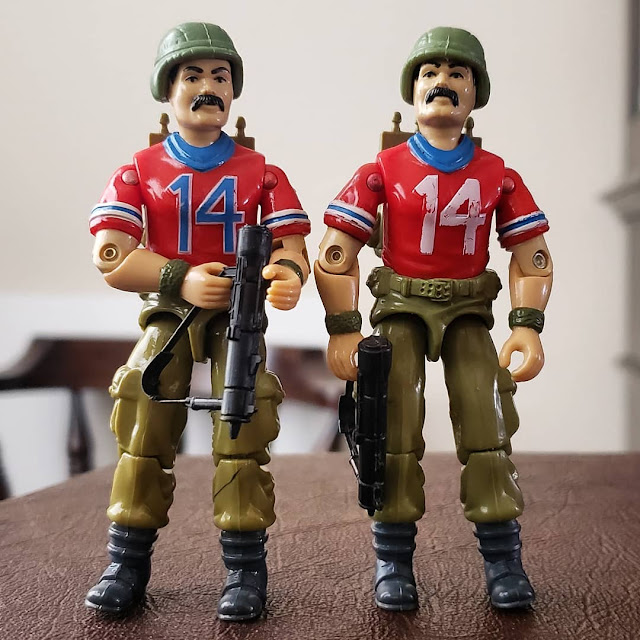 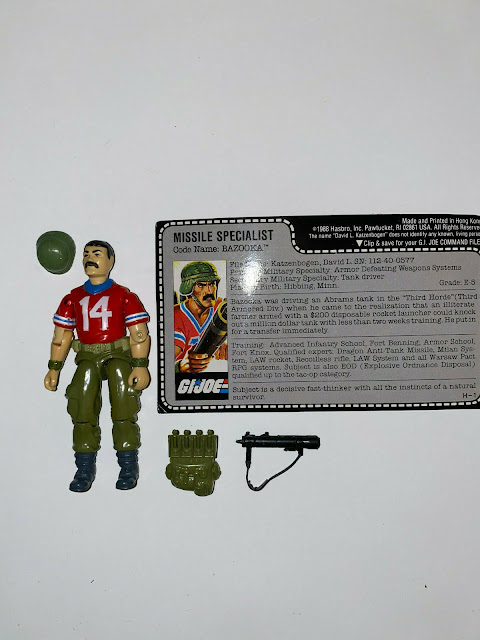 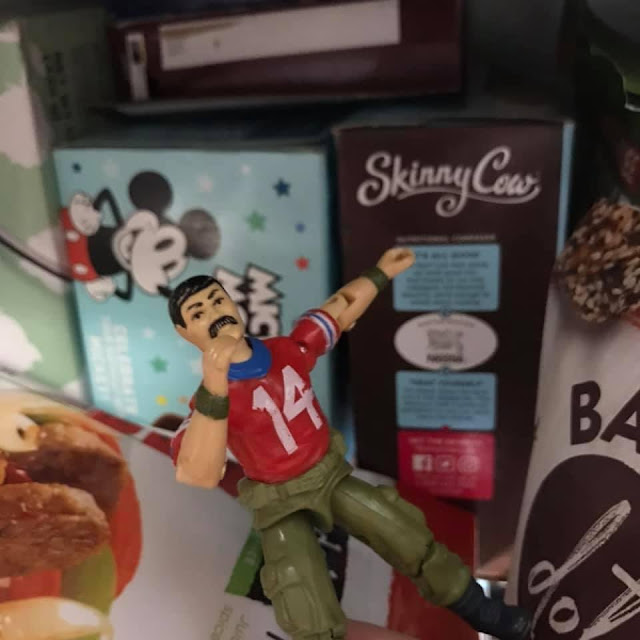 This is one of the odder items I've come across.  And, you'd think that variants like this would be better documented.  Hopefully, the full story of this figure will come to light.  There's lots of pushback that the figure is custom where someone removed the paint.  That, of course, is possible.  But, the fact that so many showed up so quickly from various parts of the country and that none of the customizers bothered to remove the paint from the figure's armbands makes that explanation less likely.

Posted by Robot_Sonic at 1:17 AM
Email ThisBlogThis!Share to TwitterShare to FacebookShare to Pinterest
Labels: 1985, Bazooka, Mail Away, Rarities, Variant