A few years ago, I looked at the Funskool Maltova promotional figures.  In that write up, I had pictures of 6 different releases.  But, I mentioned that I had no idea how many more there might be.  Well, here's another one.  And, it's a doozy.  Funskool produced an all red Toxo Viper for the Maltova series.  Like the other figures, though, he has the super crappy straight arms that all but nullify his collectiblity.

The red really works for the Toxo Viper character, though.  The hazardous nature of their job would make something like a bright red necessary for some members of the Leaky Suit Brigade.  So, in that regard, the figure has tremendous value.

A-Man noted in the comments below that this figure actually has Red Dog legs.  I hadn't even looked at them and just assumed they were the same as the 1988 Toxo Viper.  But, the additional parts change just makes an already odd figure that much more unique.

The figure also included accessories.  This sample does not have a helmet.  But, I do not know if that is true of all of them.  The gear, though, seems to the standard gear included with a Funskool Toxo Viper.  So, there's no coloring exclusive to this figure as far as gear goes.

Of course, this figure is stupidly expensive.  And, if it had swivel arms, I'd be inclined to pay it.  But, the straight arms save me from that type of purchase.  So, I'm somewhat grateful for that.  It's a travesty that this color scheme didn't get a wide release with proper arms on a Funskool card.  I know I'd have bought a few had they been available. 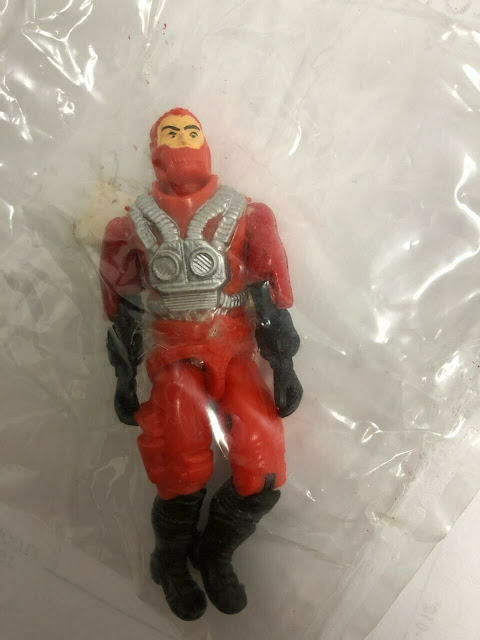 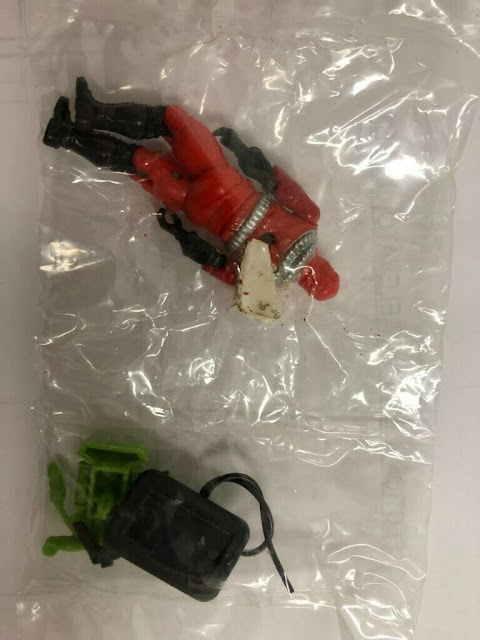 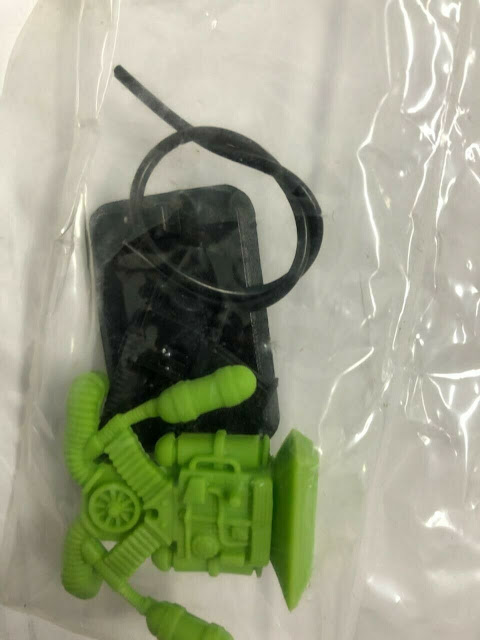