We do know that Funskool had plans for the G.I. Joe line that extended beyond Windmill.  There was a new Rock and Roll figure that used the 1989 mold that was planned.  And, Funskool was also toying with the idea of releasing a new character that would have been an amalgamation of molds that would have been more "Indian" in origin.  We don't know what this would have been.  But, it's likely the figure would have been fun and interesting.

The last Funskool new vehicle that we really know of was the 1993 Detonator.  Funskool created it in 2001 or so.  (Can't remember the exact date.)  But, this Funskool catalog below shows another vehicle that, to my knowledge, never saw the light of day from Funskool: the 1993 Shark 9000.

The catalog below is an interesting amalgamation.  The Sky Striker and Battle Hawk are clearly the Funskool versions.  Whereas the Detonator and Shark 9000 use old Hasbro catalog photography from the 1990's.  As such, the Shark 9000 that does appear is the Hasbro version.  So, we have no idea what Funskool's take on the vehicle may have looked like.

Again, to my knowledge, the Shark 9000 was not actually released.  But, if you have information to the contrary, or pics of a sample, please let me know. 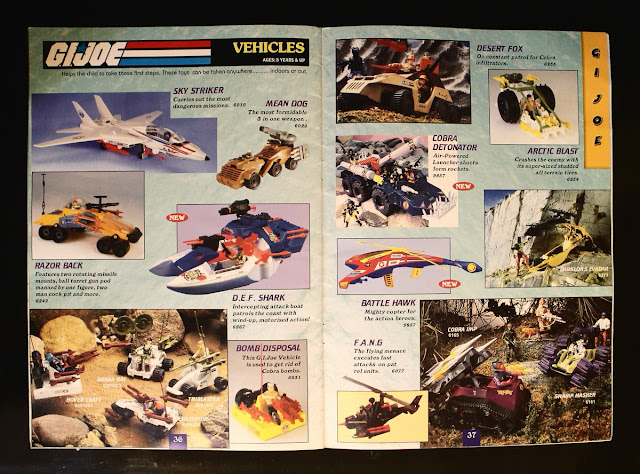 Posted by Robot_Sonic at 2:43 AM
Email ThisBlogThis!Share to TwitterShare to FacebookShare to Pinterest
Labels: 1993, Funskool, Paperwork, Rarities, Shark 9000, Unproduced, Vehicles