Fun fact: the blue plastic Hasbro used in the 2000's absolutely sucks.  Even figures that were well cared for are now starting to discolor...including carded figures.  It's not great.  And, soon, there will be no mint figures in the blue plastic left.  Some will hold out longer than others.  But, short production runs ensured that bad plastic was evenly spread.  So, soon, your nice 2005 Scrap Iron figure is going to turn to a dull greyish blue.

To illustrate this point, here is a test shot of Scrap Iron that uses the blue plastic.  Notice that's he almost entirely discolored.  The thing is, when the plastic's crappy, there's really nothing collectors can do to stop the decay.  Comic Pack Scarlett, Thrasher and even the Nullifiers are all starting to go and it's just a matter of time until yours do, too.  It's sad.  And, one of the reasons I take so many pictures.  I have proof that Scrap Iron was once all shiny, bright blue.  And, by the end of this decade, that will be all that we have left of the way figures like this were supposed to look. 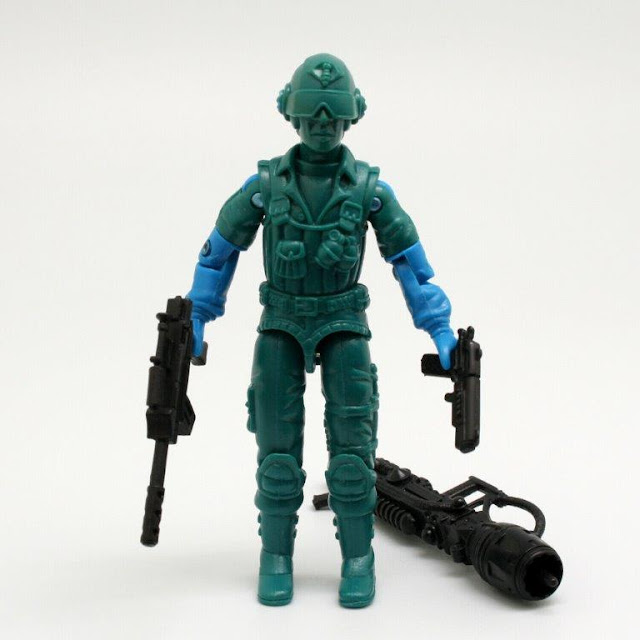 Here's Hasbro's original promo image that went to vendors who wanted to buy the Comic Pack #49 cases.  See how nice and bright Scrap Iron is? 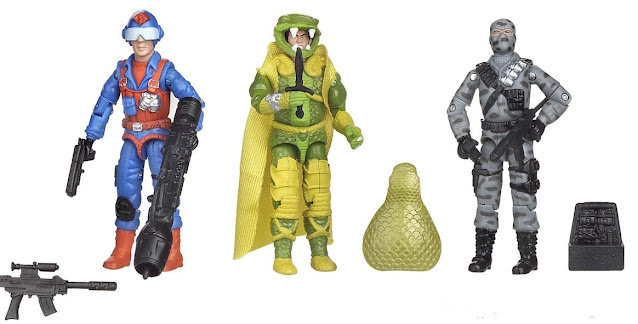 Posted by Robot_Sonic at 3:50 AM
Email ThisBlogThis!Share to TwitterShare to FacebookShare to Pinterest
Labels: 2005, Comic Pack, Prototype, Rarities, Scrap Iron