In 1993, Hasbro released a lame vehicle called the Detonator. The vehicle itself wasn't so bad, but the foam missiles they surrounded the thing in made it so terrible that I left them sitting on the shelves of the Hamilton, Ohio Hills store in early 1997 when they only cost $10.00. This vehicle, though, came with a figure. As the vehicle sucked, and didn't see a high production run, this figure went largely unnoticed. Of course, the neon orange repaint of a 1989 Track Viper, itself an uninspiring figure, didn't help much. I had never paid the Nitro Viper much attention. In early 1999, though, Hasbro Canada found a few of these figures in their stash. I checked one off, not really knowing what it was. When my figures arrived, I was amazed by this Nitro Viper. The orange color with the silver face plate and dark black trim just made for a really cool figure.

This figure was obviously just a last ditch attempt by Hasbro to sell off a really lame vehicle at a time when vehicles in general weren't selling at all. He was just a new neon repaint, and holds the incredible honor of being the only figure in the line to not have a filecard. However, I think this figure is one of the most underrated in the whole line. The stark contrasting colors create just a striking image. While this guy has no use in real combat and is not realistic at all, he is actually a very pleasing figure to look at. This guy makes a good Cobra firefighter, or pilot. I also think his torso would make excellent custom fodder.

I really enjoy this figure. I think the orange and black color scheme works very well. Since so many people hate the neon figures, though, I doubt many collectors will agree with me. As such, figures like the Nitro Viper get absolutely no press. Most collectors brush off all neon figures without naming any by name. I think that after the Eco-Warriors fiasco, collectors were forever soured by any figures that didn't fit the traditional military role. I think this figure is a quiet gem. Most collectors wouldn't be able to tell you much about this figure except that it was one of those "neon guys" at the end of the line. The Nitro Viper is mostly a forgotten figure, but is due some recognition.

Nitro Vipers are pretty scarce to come by. The Detonator was never a popular vehicle and I don't think it saw a great production run. As such, you rarely see Nitro Vipers in any lots. They were available by mail order, and the Hasbro Canada find seems to indicate that there are many, many bagged samples out there. I have never been to any big shows, so these figures might appear there, but I know that they rarely make any kind of appearance in any of the avenues that I use to find Joes. I would love an army of these guys. Heck, I would even love to have a loose sample. However, they just don't have the availability of many of the other '93 figures. Of course, this does not mean they are rare or valuable. I would wager that most of the Nitro Vipers that were ever made are either still in the bag, or at least in mint condition. I also have a feeling that as the 9 and 10 year olds who collected Joes in '93 and '94 start selling off their collections, we will see many more loose '93 and '94 figures make their way to the second hand market. Just a few years ago, you couldn't find '91 or '92 Joes. Now, they are plentiful. It just takes some time for these figures to trickle into the collector market. As the later Joes start to do this, I think that figures in colors collectors tend to disdain, like the Nitro Viper, will start appearing with alarming regularity on the second hand market.

The Nitro-Viper is just a repainted Track Viper. After these two releases, though, this mold saw production one more time. Sometime in 1996 or 1997, Hasbro sold some molds to the Olmec toy company. Olmec then produced a very nice set of figures called the "Bronze Bombers" who used these old Joe molds. Among these were figures using the Track/Nitro Viper body. Unfortunately, the management at Olmec got into some legal trouble with the Federal Government. They are now defunct and the whereabouts of their toy molds is unknown. As such, it is highly unlikely that we will see a newly repainted Track/Nitro Viper in the new Joe line.

While the Nitro Viper did not have an official file card, Hasbro did "sanction" a fan created filecard for the Nitro Viper at one of the conventions in the mid '90's. You can find this filecard inside one of the toy magazines. It isn't something you see every day, but also not something that is as rare as some dealers will lead you to believe. At the end of the day, it's still a fan creation and should be approached as such.

As an addendum to this diatribe, I have recently acquired both a Detonator and a loose Nitro Viper. I must admit that the Detonator, with the missiles removed, is actually a fun vehicle to own. I use it as my command vehicle. I was surprised, but pleasantly so. As for the Nitro Viper, now that I have a loose one, his star has faded. The figure is still cool, but not nearly as it was with just the bagged sample. I still like the figure and will have uses for him, but I am no longer seeking them like I once was. Still, if I can pick up a couple more of these guys, I will take the opportunity. They are still fun to have, just not as much as I had originally anticipated. 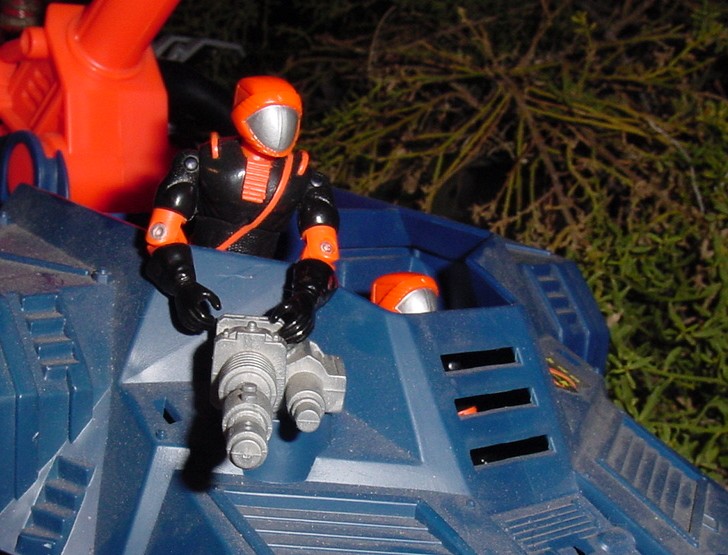 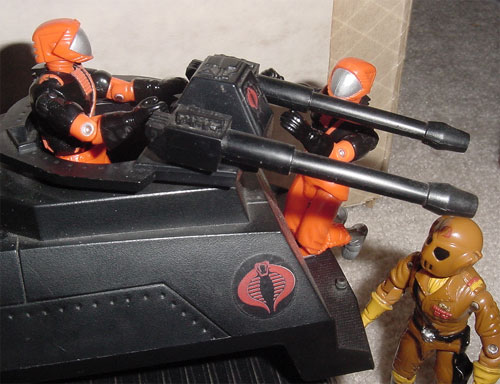 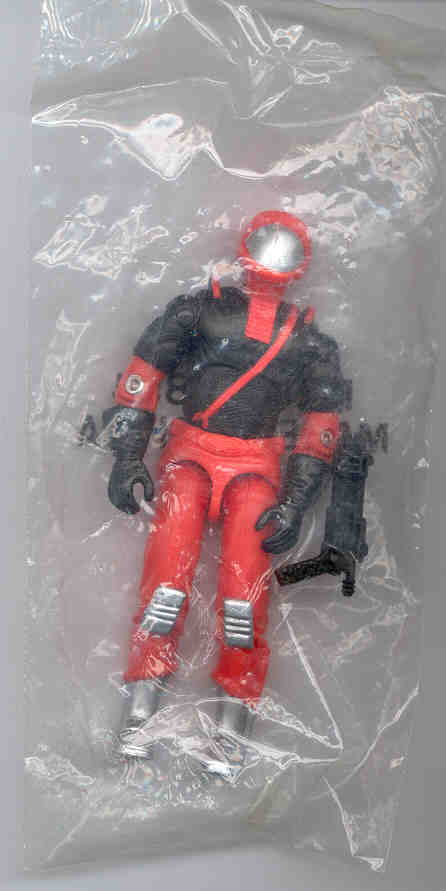 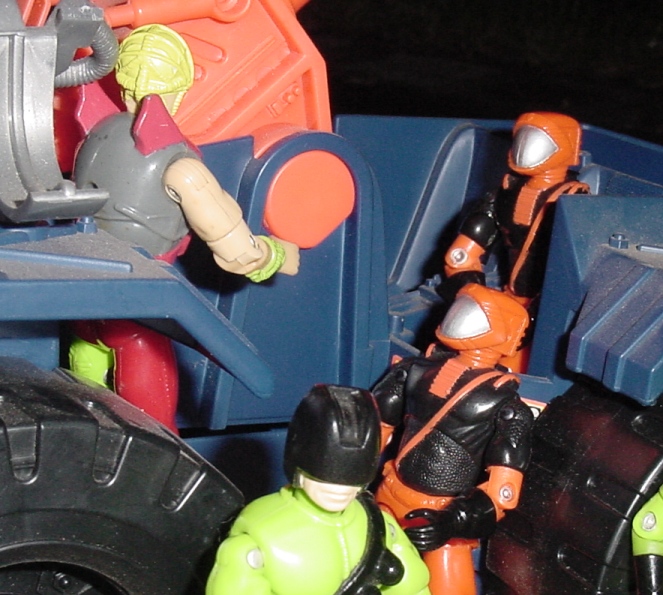 Posted by Robot_Sonic at 10:44 AM
Email ThisBlogThis!Share to TwitterShare to FacebookShare to Pinterest
Labels: 1993, Nitro Viper, Vehicle Drivers