1985, in my opinion, was the best Joe year ever. Almost every figure was spectacular. Even those that were bad measure up very well when compared to line as a whole. While the regular figures, though, were great, it was the complement of vehicle drivers that made the year really stand out. Crankcase was part of this complement. While we've already discussed the Lamprey, Crankcase, along with Frostbite, helped make the Joe side of the 1985 line very memorable. His vehicle, the A.W.E. Striker was great. It was a more fun and playable version of the VAMP. Crankcase fit into it perfectly. He was the type of vehicle driver you would expect for a vehicle of this type. While he was no Clutch, both in character and in figure, he remains one of the funnest figures to have.

Crankcase's mold was great. He was very different from all other figures in both look and style. The suspenders with the very minimalist shirt made for a cool figure. While many other figures from 1985 are very busy, Crankcase is relatively bland. This works for him, though, as he stands out. The holster on his leg is really the only distinguishing feature on the figure. For some reason, though, this very basic design makes for a much more playable figure than some of the other ultra busy figures of this year. His unique helmet and great rifle only added to this figure. (I don't know why, but both Frostbite and Crankcase came with great weapons. Steeler had previously come with a gun, but it wasn't until 1985 that the practice became standard.)

Crankcase instantly went to the top of my playlist. I used him for just about everything. His rifle, though, was brittle and I broke mine into three pieces. I then lost his helmet, and the extra version I got in a later supply pack. Since this figure was so good, though, I managed to find uses for him. Rarely did I give my figures other accessories than those they came with. If the figure was really good, like Crankcase, though, I always managed to find a way to keep them around. The specimen you see below is from Hasbro Canada. I got two of these guys from them in early 1999. Crankcase was the first figure I got from them that I opened. I had waited so long to have his helmet and gun, that I ripped one open right away. As my original figure is still back in Indiana, this new one quickly found his way into my "heavy use" box.

Oddly, this is the only use of the Crankcase mold. While the A.W.E. Striker made its way around the world, there is no indication that Crankcase followed. Of the '85 Vehicle drivers, Crankcase was the only one whose mold was never used again. Maybe Crankcase's failure to appear again was due to the fact that he was available as a mail away for so long. But, if that's the case, it's likely that Hasbro should have access to this mold. In 2004, Toys R Us carried an exclusive A.W.E. Striker repaint. This included a Dial Tone figure. But, the original computer code called it "AWE Striker with Crank". Now, in late 2007, it appears that the Crankcase character is making a return appearance with a Target exclusive release as the driver of a repackaged A.W.E. Striker. This time, though, the character will be in the Anniversary style sculpts rather than a new release of this mold. If the original Crankcase mold is still out there, I'd like to see it return. Aside from an overdue repaint of the character, the mold also has a lot of potential for amalgamations.

Crankcase is a mainstay in most collections. The A.W.E. Striker was a great vehicle so many people had it. Crankcase was also available as a mail in for several years. As such, he is very easy to find. He is usually found with at least his helmet, but the gun isn't too hard either. Like most of the more common early vehicle drivers, Crankcase was readily available for about 8 years. As such, he isn't rare at all. He can be found MIB or mint, complete very easily. He won't, like many of the other '85's, break your budget. He is one figure that every collector needs to have. Like most of the figures I feature, once you get a Crankcase and look at him, you just have to find some use for him. The figure is just good. 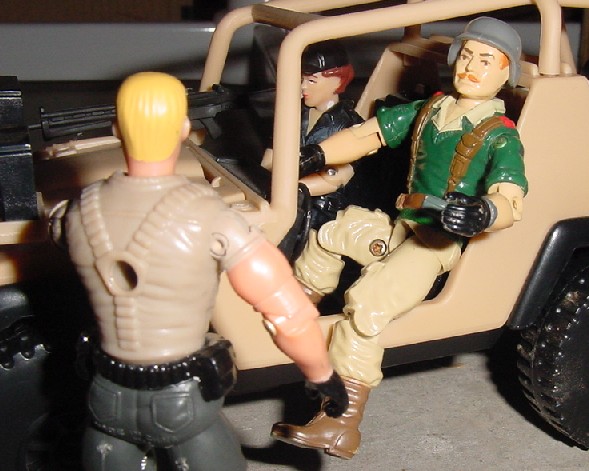 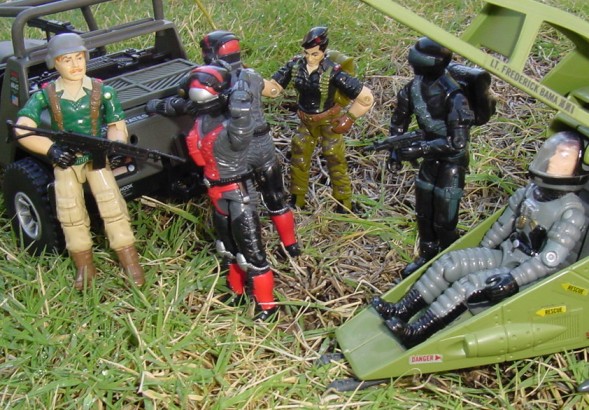 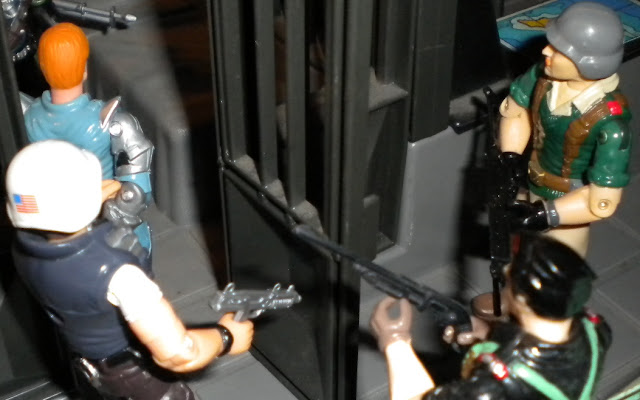 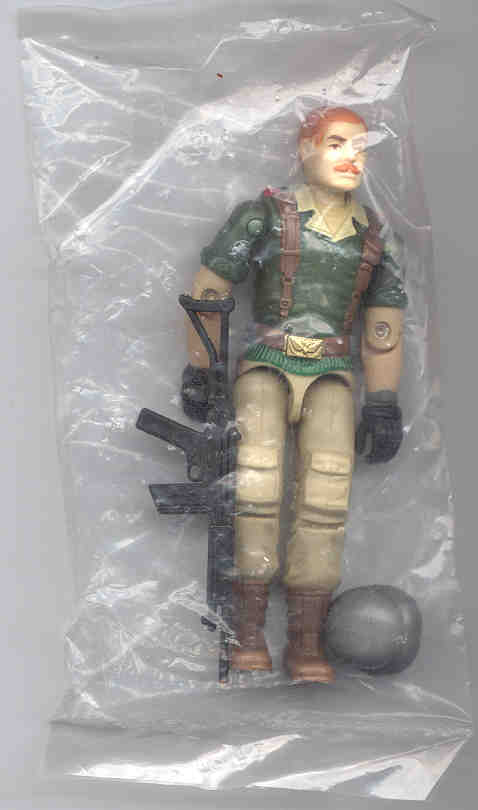 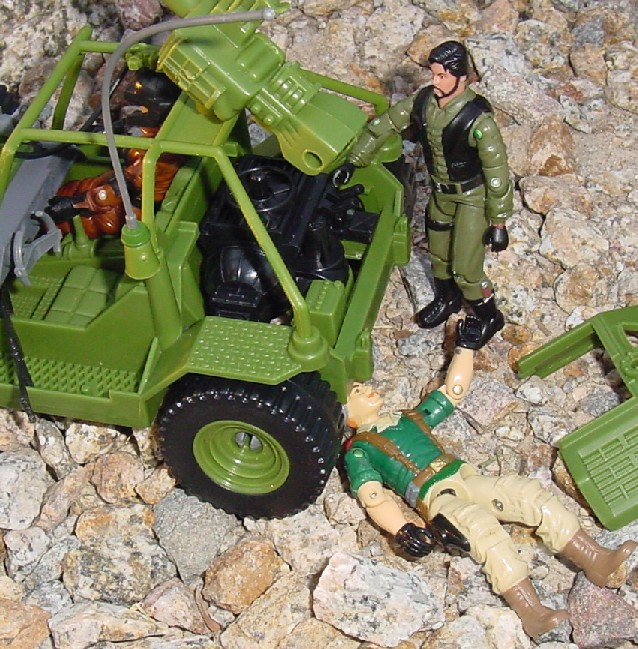